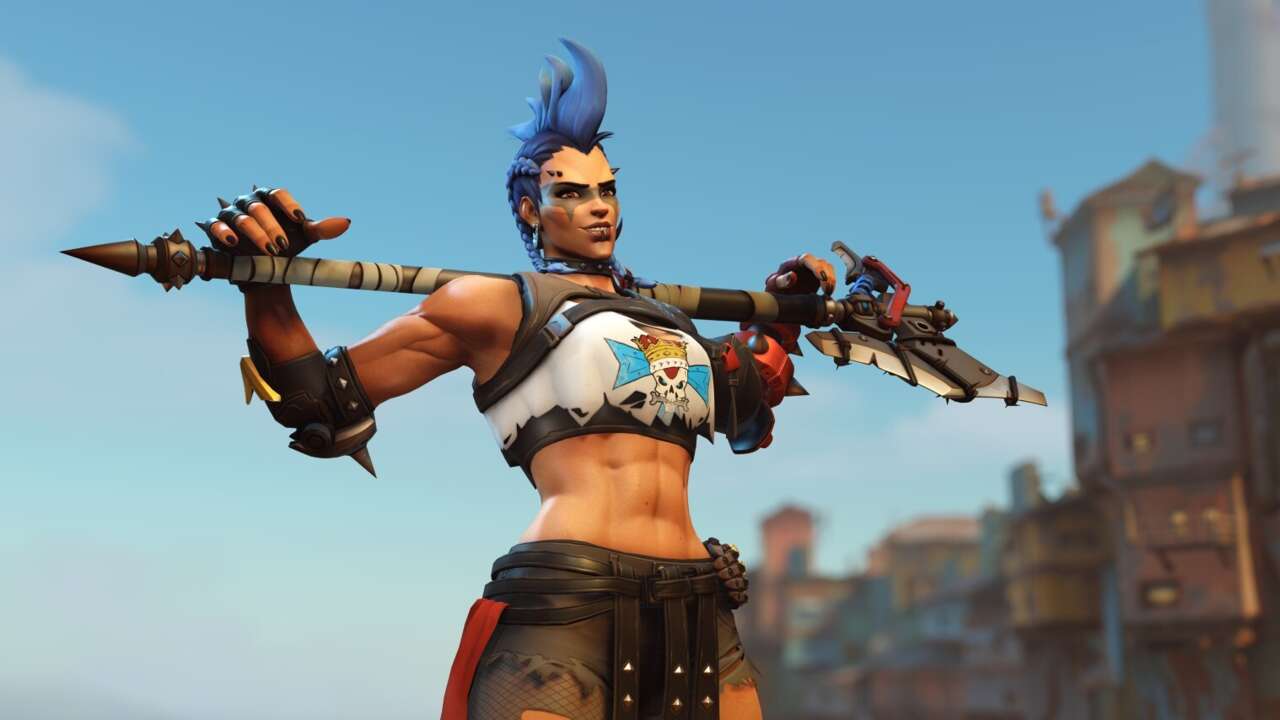 Junker Queen is Overwatch 2’s newest hero, and Blizzard has finally given fans a more details about her abilities ahead of her debut in the game’s second beta.

A frontline tank, Junker Queen is all about getting up close and personal and dealing damage with her battle ax and scattergun shotgun. Melee attacks with the ax, as well as hits with her Carnage ability or ultimate ability, Rampage, will inflict wounds on enemies. Wounds not only deal damage over time to enemies, but heal Junker Queen thanks to her Adrenaline Rush passive ability.

Her ax can be thrown to deal damage from range, and in true God of War fashion, can be recalled with a press of a button. Junker Queen’s Commanding Shout ability will increase both her health and the health of nearby allies while also granting her a 30% movement speed boost. As for her ultimate, Rampage causes Junker Queen to charge forward and inflict wounds on any hit enemies, and comes with the added benefit of preventing affected enemies from being healed.

Having been teased by Blizzard for years, the Mad Max-inspired Junker Queen made her official debut in a new Overwatch cinematic trailer during a recent Overwatch 2 event.

Junker Queen will be playable in the second round of the Overwatch 2 beta, which starts on June 28. Unlike the game’s first beta period, the second Overwatch 2 beta will be playable on consoles. Players will be able to try out the reworks for characters like Orisa, Doomfist, Bastion, and Sombra on several new maps, as well as take new heroes like Junker Queen and Sojourn for a spin.

Blizzard has big plans for Overwatch 2, the PvP portion of which will be free-to-play and will ditch loot boxes in favor of a battle pass progression system and the ability to buy various cosmetics directly. Overwatch 2 launches on October 4, and Blizzard has already released a content roadmap detailing plans to add an additional tank hero, a new map, and new cosmetics within the first two months of the game’s launch. 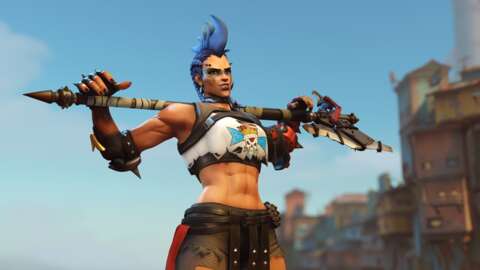