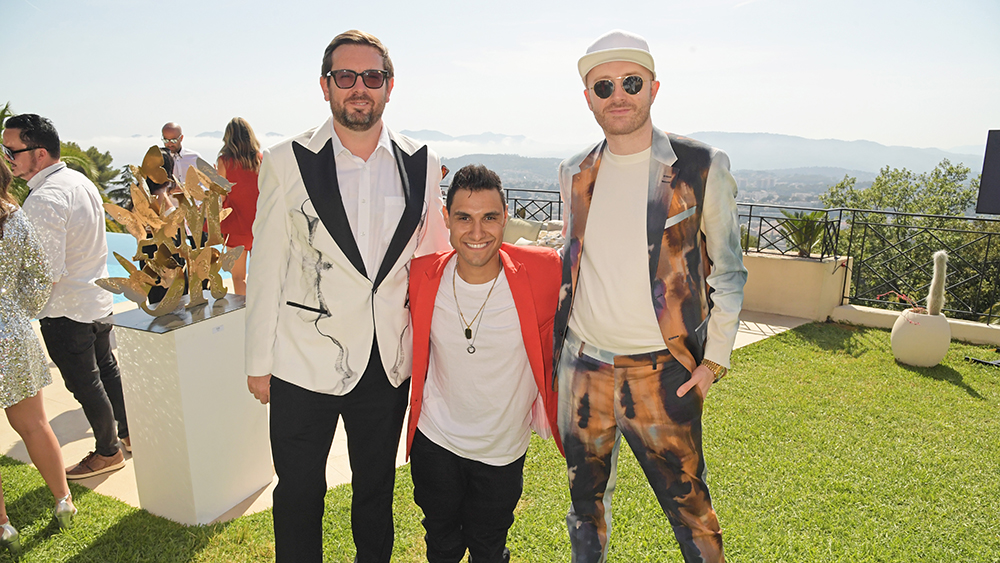 Outlyer Entertainment, the differently abled entertainment business, is ready to make waves. The company – which forms part of The Outlyer Group, founded by singer and actor Emmanuel Kelly and Tim Lucas Allen in 2022 – is aiming to create an industry accreditation for film productions with the aim of achieving a new industry standard for the minimum level of differently abled cast and crew that are hired per production.

Kelly, who will perform at the Locarno Festival, will join its Sunday panel on Disability and Inclusion in the Audiovisual Industry, where he will set out in more detail the standard. The discussion, moderated by Danielle Turkov and also live streamed on the Festival website, will discuss the experiences of those working in the audiovisual industry with what is generally regarded as a disability, and explore new, enriching possibilities of inclusion.

The company will also be moving into production, commencing work on its first feature film this September, with differently abled talent making up 25% of the crew and over 35% of the cast.

Outlyer is also developing its management division, dedicated to representing talent within the music and film industry.

“And maybe even wider than that,” Lucas Allen told Variety. Pointing out that while the company is thinking big, they want their clients to do the same. All the while repeating their mantra, ‘enabling the world, differently.’”

“There are many disabilities that we don’t see. There’s a multitude of talent out there [but] they won’t talk about having them because they are concerned it would affect their career.”

While change is happening, it’s also slow, he stated. Mentioning the recent success of “CODA” at the Oscars, awarded for Best Picture, Best Adapted Screenplay and for Troy Kotsur’s performance, the first deaf man in history to win an Academy Award.

“It was great what happened with Troy. But there isn’t really a movement for disability [even though], as Emmanuel would say, the disabled community is the most diverse in the world. Everyone is a part of it.”

Kelly was found as an infant in a box on a battlefield on the border of Iraq. Raised in an orphanage in Baghdad, he was then brought to Australia by humanitarian Moira Kelly, only to become an Australian X-Factor sensation. Since then, he has performed with many artists, including Coldplay.

“He ended up becoming quite good friends with Chris Martin. And Chris became a mentor really.” Now, Martin heads Outlyer’s Advisory Board.

“Emmanuel doesn’t like the word ‘disabled,’ he feels it’s disempowering. There are many people who feel it’s the right representation for them, but for him it’s just not the case,” says Allen.

“He feels the entertainment industry has been way behind this element of inclusion. There is still a huge amount of work to be done, especially with people who are differently abled. He has experienced this firsthand when labels openly said to him: ‘Look, we love you, you have a great voice and know how to sing, but we have an issue with how you look’.”

While the company wants to create a movement, as well as educate people, raising the inclusivity bar for physical environments – including film festivals – is also key.

“We would like to go to all of them and talk about everything that we are doing, and engage with people to be more on board with our principles,” adds Allen. Noting, however, that it’s not always an “easy win.”

“Accessibility is the last focus or a box to be ticked. At Cannes, there is absolutely zero thought for anyone who has disabilities, none. Emmanuel [who has a prosthetic leg] went to a panel and there was another guy on a wheelchair to be on the panel with him. And there were bloody steps leading up to the stage. They didn’t even put the ramp for the guys.”

“We want to be a business that creates opportunity, employment and tries to end the stigmatism around people who have disabilities. And we need support within the industry to help build these opportunities,” he sums up.

“We have got a mission and it’s a tough mission. But it’s also really exciting.”