‘Of an Age’ Review: A Whirlwind 24-Hour Romance Anchors This Swoon-Worthy Queer Drama 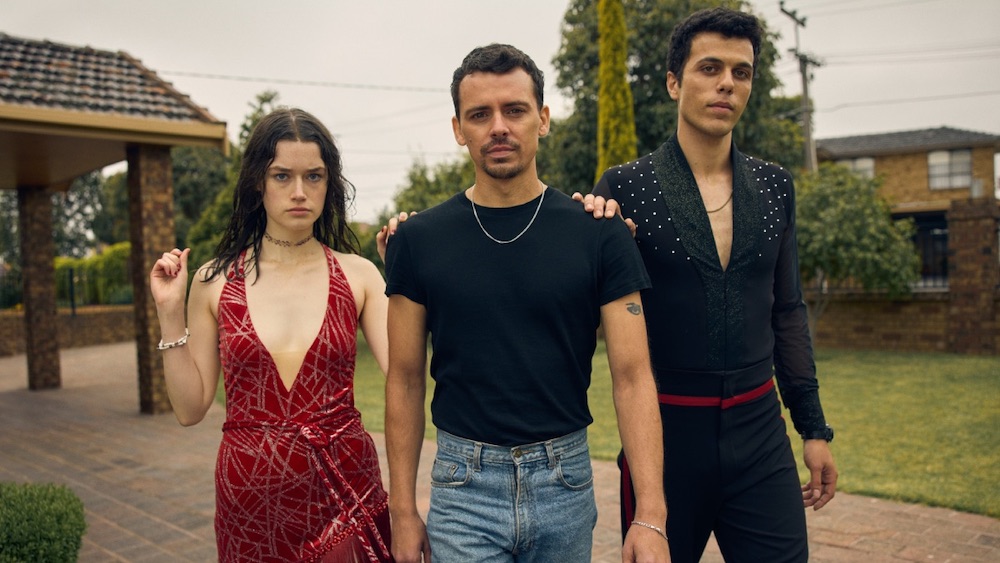 The blush of first love can be electrifying, but also wholly disorienting. There’s a way in which someone’s smile (or body — odor, even) can muster up vexing emotions that feel visceral and involuntary. Writer-director Goran Stolevski’s sophomore effort, “Of an Age,” spends the bulk of its runtime capturing such a blush, and then pushes audiences and characters alike to revisit it anew with the added wistfulness of hindsight. The Australian production is a warm-hearted gem, pulsating with lustful tenderness (and tender lust) as it sketches what first love can feel like, and asking whether it can ever endure.

The year is 1999. It is a sweltering summer day and Kol (Elias Anton) is freaking out. The 17-year-old is supposed to be basking in anticipation of what promises to be a fateful day at the Australian Dance finals, only a frantic call from his dance partner Ebony (Hattie Hook) has set his morning into disarray. After waking up who knows where after a late-night bender and mustering up barely enough change for a phone call, Ebony informs Kol that she may not make it to the finals after all. That is, unless he asks the one person she’d rather not contact: her older brother Adam (Thom Green).

Once Adam agrees to pick up Kol and drive over to where Ebony is, Stolevski’s film begins in earnest. The frenzied, frenetic energy that characterizes our entry into this North Melbourne-set drama (with frantic edits marked by Hook’s high-pitched dramatic delivery) mellows as soon as Adam and Kol are alone in the car. Theirs is not quite a meet-cute, but by the time Ebony’s picked up and sulks in the back seat, it’s clear the two young men have forged a connection neither had anticipated — especially given the way Kol had first frozen when hearing Adam mention that his ex was in fact male. Kol may be wearing a dancing ensemble with a full plunging neckline, but from his skittish response to Adam’s openness, you can tell he’s not quite at ease with what his eyes find whenever they land on Adam’s face (or arms, or neck or…).

It is a testament to Stolevski that once his film settles into what feels like familiar territory (here are a coming-of-age tale and a coming-out story blooming in tandem), he continues to find ways to surprise us. There’s the setting and period, of course, which offered the Macedonian-born and Australian-raised writer-director a chance to revisit his own sexual awakening, and which help set “Of an Age” apart from similar-sounding films. But there’s also the incessant focus on the fleeting nature of Kol and Adam’s attraction to one another, and the way Stolevski plays around with the power dynamics in their budding relationship. There’s kinship here but also mentoring. Brotherly care spills over into hankering sexual tension with such ease it may take your breath away.

And then there’s the time jump. Much of “Of an Age” takes place over one day in 1999. Stolevski luxuriates in slowing his rhythm down to really let us witness how it is that Kol opens to Adam and lets himself be swept away by this dashing, confident out gay man who has dreams (well, plans, actually) to move abroad and to see the world. Their conversations, about literature and about cinema, are entrancing almost because of how mundane they feel, by the way they seem to be creating the foundation of something that may never get built after all. Both Anton (with his adorable nervous glances) and Green (with his unassuming boastful swagger) carry the weight of what Stolevski is creating here. Shot with an eye for a warm and inviting intimacy (courtesy of Matthew Chuang’s cinematography), “Of an Age” is neither a romance with a capital “R” (though I guess Kol and Adam will always have Melbourne) nor a blink-and-you’ll-miss it hook-up (for theirs is a connection that endures).

Therein lies the reason why “Of an Age” introduces us to them both again more than a decade later. Arriving in Melbourne after so many years apart, the two are forced to reckon with what their meeting all those years ago meant to them back then, and what their reunion may well still mean for them in the future. Equal parts wistful and sensual, vivid and gentle, Stolevski has gifted us with a swoon-worthy romantic drama that looks at that first blushing crush not as an ephemera in need of being remembered but as a living memory that can pulsate and ache precisely because it’s never left you.