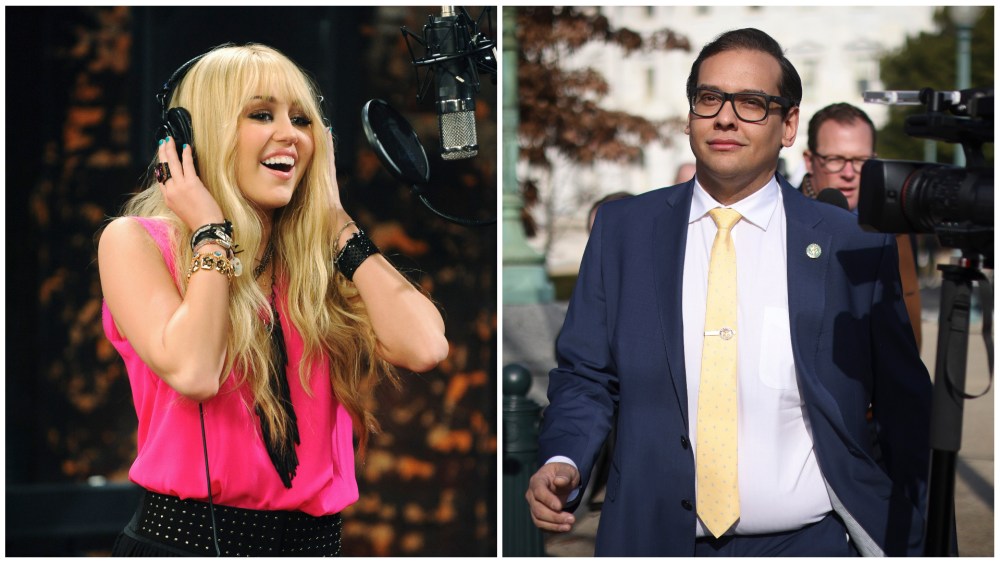 Newly-seated Republican congressman George Santos from New York has claimed a lot of things that turned out to be false — his employment at Goldman-Sachs, his education at NYU and Baruch College, and his supposedly Jewish heritage, to name just a few. But the latest wrinkle revealed about Santos might be the last straw.

On a Wikipedia page for Anthony Devolder, an alias Santos used repeatedly, Politico reports that Devolder claims to have appeared on the popular Disney Channel series “Hannah Montana,” which ran from 2006 to 2011. The Wikipedia page, which has since been removed, was last updated in 2011. It lists his birth date, which matches Santos’, and says he appeared on “Hanna Montana” (which was misspelled) and “The Suite Life of Zack & Cody.” Miley Cyrus starred in “Hannah Montana,” in which her character led a double life as a typical teenager and a pop star.

Rife with misspellings, the page says that he started his “stage” life at age 17 as a gay night club drag queen, and with that won several gay “beauty pageants.”

Though Santos has admitted that some of his resume facts were embellishments, he denies that he performed in drag under the name Kitara Revache, despite several videos, photos and interviews with former friends that have come to light this week.

Santos has refused to step down, despite calls from several fellow Republicans. He is currently being investigated for irregularities in his campaign finances.

His communications director did not respond to a request for comment.