NHL 23: Everything We Know Ahead Of Launch 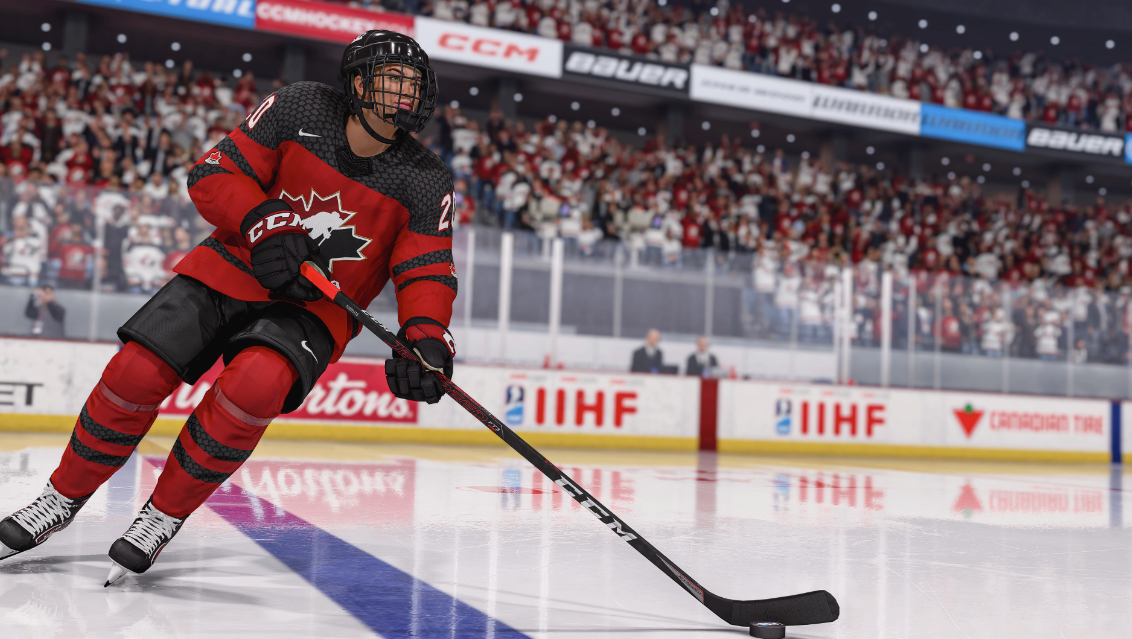 EA’s professional ice hockey simulation series returns to the ice next month with NHL 23, and it promises some changes and improvements over last year’s game. Fans can expect new “last-chance” moves, additional X-Factor abilities, improvements to AI goalies, the introduction of crossplay (finally!), and more.

Ahead of launch in October, we’re rounding up everything you need to know before you lace up your skates and hit the ice.

NHL 23’s official release date is October 14, but people who preorder the X-Factor Edition ($100 USD) can start playing three days early, beginning October 11. The game is coming to PlayStation 4, PlayStation 5, Xbox Series X|S, and Xbox One. As usual, the game is not in the works for PC or Nintendo Switch.

Two cover athletes is not unprecedented for EA Sports, and it’s in fact becoming more popular. Madden NFL 22 had Patrick Mahomes and Tom Brady on the cover, while FIFA 23 has Kylian Mbappe and Sam Kerr on its cover.

One of the biggest updates for NHL 23 are “last-chance” moves. When players stumble on the ice, they can perform desperation moves like shooting and passing from their knees. This is an effort to bring flashy, highlight reel goals to the game to replicate what happens in the NHL. On that note, the “Zegras flip” has been added to NHL 23, too. This will allow players to alley-oop the puck to a player in front of the net just like Zegras did last season. According to EA, more than 500 “last-chance” moves have been added to NHL 23.

Additionally, AI goalies are better and smarter, EA says. Netminders also have an increased library of desperation save animations, so flashy grabs will look more lifelike this year. In total, there are around 350 new save animations, according to EA, including more “active” and acrobatic animations than past games.

NHL 22’s X-Factor abilities also return in NHL 23, with new ones themed around the cover stars. For example, “Relentless” is for off-balance shots and passes, meant to replicate Nurse’s skills. Another new X-Factor ability is called “Skilled Up,” and it helps players pull off flash moves like Zegras’ lacrosse-style goals.

NHL 23 runs on the Frostbite engine and also promises more realistic, reactive crowds who boo away players and get loud on odd-man rushes, as well as updates to the franchise mode to give players more control over managing a team. In terms of visual updates, there are new skin animations to highlight imperfections and new gear like mirrored visors and gold helmets. The ice will now display more realistic-looking scratches and ice buildup will collect in corners as games go on. Additionally, ice spray will leave marks on boards like it would in real life.

Developers at EA explained that NHL 23 will not have any Russian or Belarusian teams due to the war in Ukraine. Another thing to note is that the Arizona Coyotes will play in a smaller stadium to reflect the real-world debacle of what’s happening for their home ice situation.

Another update for NHL 23 is the introduction of IIHF Women’s National Team members being added to Hockey Ultimate Team for the first time. THis means men and women can skate together in competitive matches. However, fighting is toggled off, for obvious reasons.

In a first for the NHL series, cross-play matchmaking is coming to NHL 23. The feature won’t be there in time for launch, but it’s expected to arrive in a November update. When it goes live, players on the same generation of consoles can play together or against each other in HUT and World of Chel. This should help with the franchise’s notoriously long wait times for matchmaking. It’s too bad the feature won’t be there at launch, but at least it’s in the works.

NHL 23’s crowd atmosphere effects are getting better this year. Crowds will now have more awareness of the score, momentum shifts, and time remaining in a game, and will react accordingly. Additionally, crowds will now more naturally react to calls from the officials, and in general will have a “full range of emotion” in the stands. Crowds will get more excited on odd-man rushes and breakways, and will also boo away players and certain calls by the ref. There is also a new overtime game winning animation sequence that highlights the goal-scorer and team, while hat trick celebrations are finally in NHL 23. Yes, when someone nets a hatty, the crowd will toss their hats onto the ice like they do in real life.

Also of note, the Arizona Coyotes will play in a smaller, nondescript stadium to reflect the weirdness happening in real life as the team looks for a permanent new home. Player models are improved too, now promising more personality and emotion through additional skin animations, including imperfections. Lighting in the game is improved as well, with more accurate-looking shadows on boards and ice now showing more realistic cuts. Additionally, ice will build up and collect in corners as it does in real life, and ice sprays will leave marks on the boards. EA also added a “new layer of grime” to the boards for each arena to show off how the boards get banged up and discolored throughout the course of a season.

EA Sports has begun to reveal player ratings for NHL 23, and you can see the first batch of these in our NHL 23 roundup of the top right wings, led by Patrick Kane (93 OVR).

For more on NHL 23, check out GameSpot’s NHL 23 preorder guide. 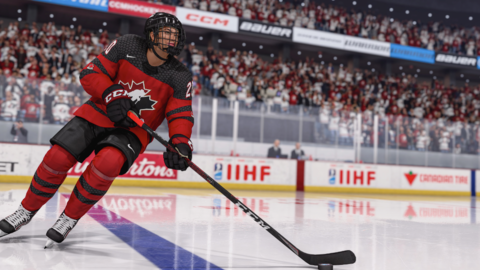