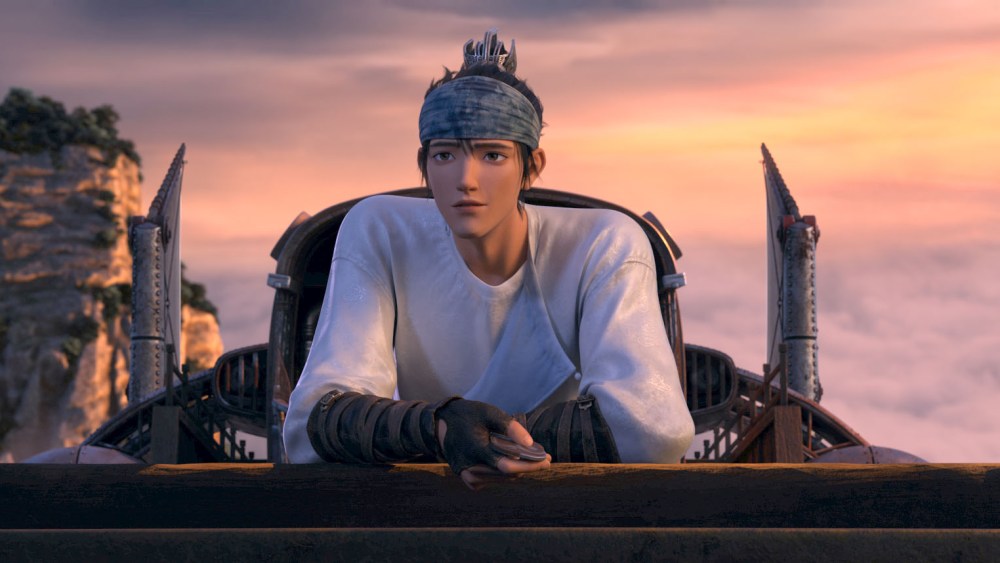 A tale as old as time; a fallen hero seeks redemption through one last mission. In “New Gods: Yang Jian,” the eponymous hero is actually a god, who now scrapes by as a mercenary for hire. When a mysteriously seductive singer asks him to find a family member, the adventure turns personal. The latest in the New Gods saga — a sequel to “New Gods: Nezha Reborn,” released in the U.S. on Netflix — “Yang Jian” offers vivid and exciting animation matched with traditional Chinese mythic storytelling to deliver an entertaining film. American audiences who embraced the previous entry on streaming will have a chance to catch the sequel on the big screen, available in both Mandarin and English-dubbed versions, courtesy of GKIDS.

While the story might be familiar, the animation manages to create a rousing spectacle: expressive, sometimes gorgeously colorful and full of detail. Every side character and creature are so painstakingly rendered, audiences will find it hard to take in the full frame. Still, it’s pleasant to luxuriate in the minutiae. There’s humor too in how some of these creatures and their screen movements are drawn: Yang’s feet catch fire as he leaps high, and his canine companion has red liquid foaming out of his mouth when he gets excited or angry. Such details add welcome wit to the narrative.

To catch the audience up on the story so far, “New Gods: Yang Jian” channels its backstory as if from beyond. The grave voiceover recalls Cate Blanchett’s otherworldly narration at the outset of “The Lord of the Rings,” though the prologue here is much shorter. Perhaps that’s the reason for utilizing it again later in the film. Only then it becomes less effective, as if the filmmakers couldn’t find another way to resolve the story. Even the animation in that sequence looks less vivid and detailed.

The story soars when it pits Yang (voiced by Wang Kai) against his nephew Chengxiang (Li Lanling), revealing an intergenerational rift that’s relatable. Chengxiang blames Yang for his estrangement from his mother and for all that has befallen him as he struggles to survive on his own. Their relationship is superbly realized, moving from animosity to battle to understanding. As the hero and his nephew take stock of each other, the action pauses, allowing the animators time to register all these conflicting emotions on the characters’ faces and thus hitting the emotional apex of the story.

The screenplay, credited to Chuan Mu, ably takes these typical fairy-tale elements that push forward traditional values and concocts a thrilling adventure from them. It complicates the straightforward hero’s journey by adding many characters and obstacles for Yang along the way. So plentiful are the characters and creatures that their role in the story is not always clear. Some are also so familiar from such fairy tales — like the wise old man who dispenses sage advice — they become predictable archetypes. Such tangents and characters tend to overwhelm the narrative, making it hard to comprehend. Ultimately this is a family story, full of intergenerational tension, resentment and love. Like any other family. It’s just that the members of this family are enmeshed in a decades-spanning war with each other because it’s their curse that they are gods with supernatural powers.

“New Gods: Yang Jian” is a fine addition to the New Gods saga with impressive animation that fills the frame with details that illuminate the narrative. Ironically, that could be too much of a good thing, as the story is overstuffed with characters and subplots, overwhelming it to incomprehension. An unnecessarily extended finale pushes the running time past two hours, testing the audience’s patience. Sometimes knowing when to end is the greatest skill a filmmaker can have.