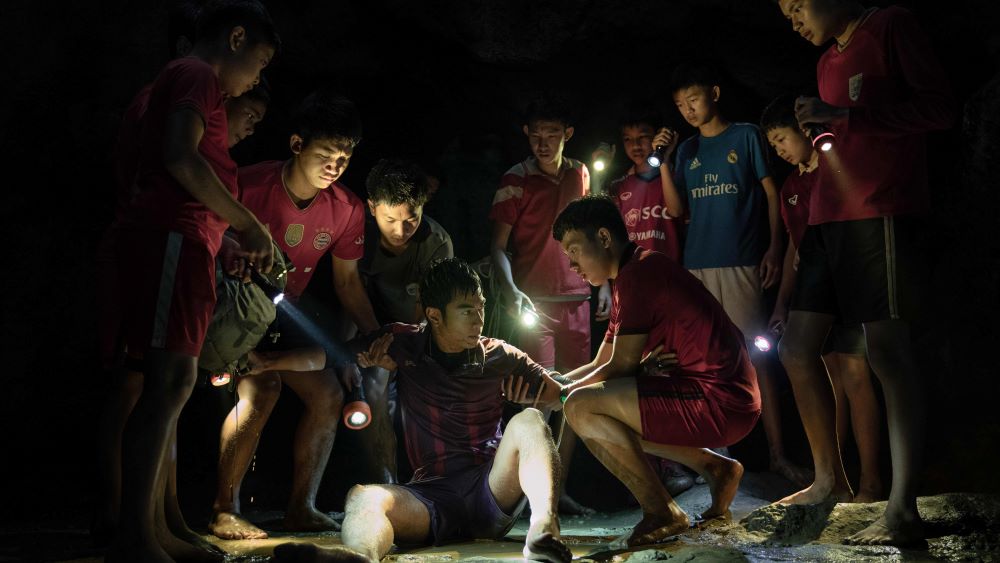 SK Global’s “Thai Cave Rescue” series faced almost as many obstacles as the specialist divers drafted to bring out 12 boys and their coach from a waterlogged grotto in summer 2018 in front of a blaze of media attention and an expectant Thai nation.

The show debuts on Netflix on Thursday, a timing that means it follows three feature-length depictions and multiple news media specials retelling the watery events.

It is also the retelling that is most closely associated with the Thai government, which auditioned prospective production companies and streamers and has carefully held the real-life rescued youngsters close to its chest.

The platform’s answer has been to stress authenticity, access and width as much as possible.

“We get to show the heroism of all the people of Thailand, and we get to speak about the effect on the boys’ families,” said co-showrunner and screenwriter Dana Ledoux Miller at an in-person event in Bangkok on Tuesday.

She wrote the six-part miniseries with Michael Russell Gunn. The show was co-directed by Baz Poonpiriya and Kevin Tancharoen, with Jon Chu as executive producer.

An experienced and successful movie director, Poonpiriya also spoke of the challenges. “I was making my first series. It was the largest scale project I’ve done, the one with most international partnerships and my first based on real events,” he said. “Directing a real story, especially one so well known, my process had to be different. I had to respect the facts and the families.”

Australian actors Damon Herriman and Rodger Corser, who portray volunteer specialist divers, explained where authenticity had to stop. “Filming at the actual caves near Chiang Rai added a level of reality you couldn’t find elsewhere. They are not small. It was like going into another world,” said Herriman. “But because it is so dangerous, all the diving was done on a film set that carefully recreated the cave system. We trained in a swimming pool with furniture on the bottom and had to learn how to take off our tanks and swim underneath the objects.”

The SK Global-Netflix effort deliberately casts the story wider and incorporates more female elements to a story that was originally told as a male-dominated hero narrative. It adds in mothers of the trapped boys, girlfriends of the rescue team and officials.

“We had a responsibility to represent women properly in this series. We wanted to show women could do many of these things too, such as being a. park ranger,” said Thai actress Manatsanun Phanierdwongsakul, who also goes by the name Donut.

Casting in Thailand was slow and painstaking, mixing unknowns, youngsters who physically resemble the widely recognized real-life characters, and emerging stars. (A fully-equipped fan club for Thai-Norwegian actress Urassya “Yaya” Sperbund, emerged into existence during the press conference held in one of Bangkok’s most upmarket shopping malls.) Most of the young Thai actors were from the Chiang Rai region, while others among the more established talent spoke of Poonpiriya’s insistence on dialect authenticity.

Ultimately, walking the fine line between a show that can appeal to Thai audiences, while not making already dramatic events too melodramatic for international viewers may be the hardest challenge of all.

“If you didn’t know it was true you would not actually believe it,” said Ledoux-Miller.