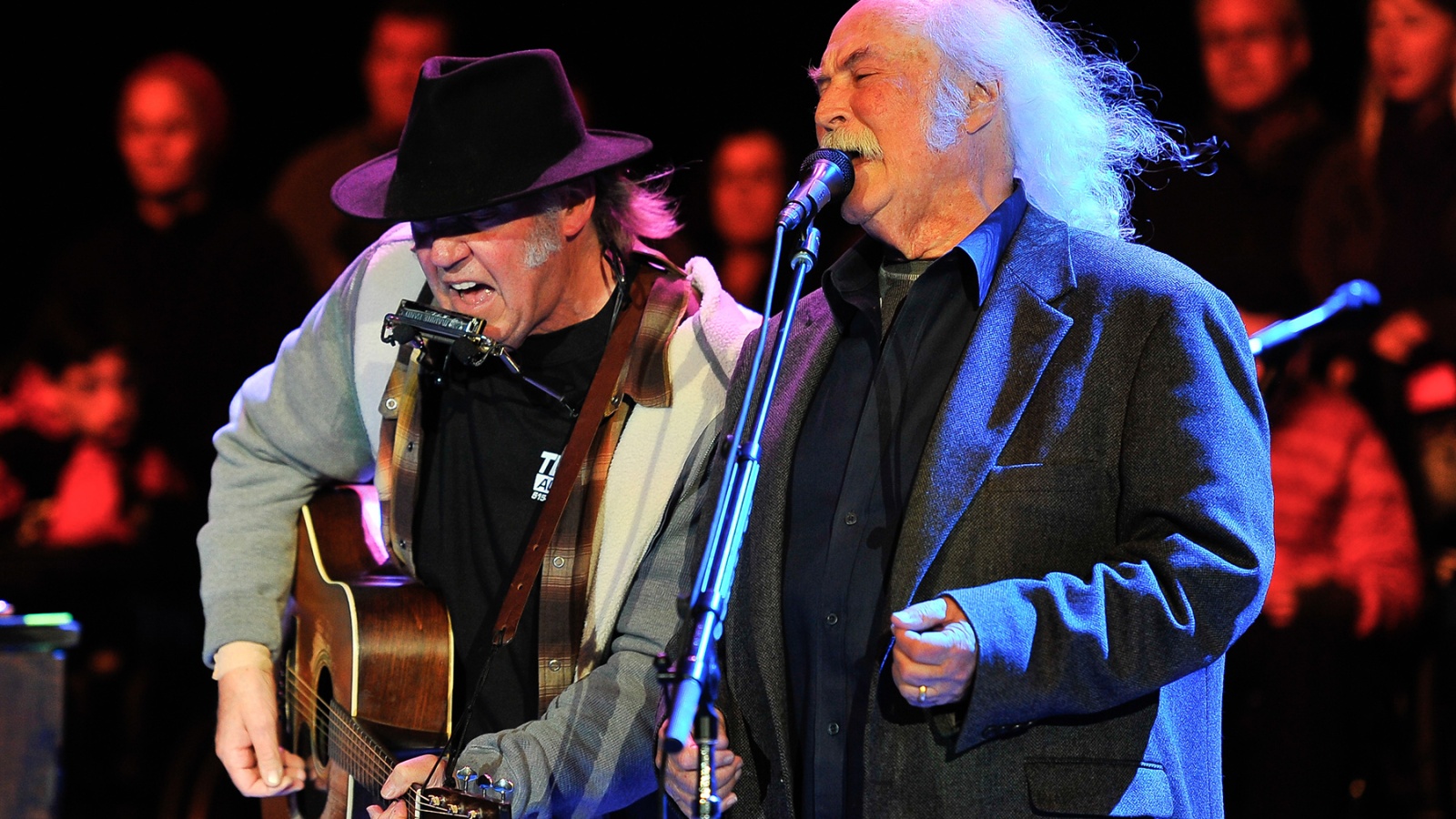 Neil Young has posted a tribute to David Crosby on the Neil Young Archives. “David his gone,” Young wrote about his former CSNY bandmate, “but his music lives on. The soul of CSNY, David’s voice and energy were at the heart of our band. His great songs stood for what we believed in and it was always always fun and exciting when we got to play together.”

Young and Crosby met in early 1966 when Buffalo Springfield opened for the Byrds at club dates all across Los Angeles. Three years later, Neil Young joined Crosby, Stills, and Nash for their first tour. They cut Déjà Vu together in 1970 as Crosby, Stills, Nash and Young. “‘Almost Cut My Hair,” “Deja Vu,” and so many other great songs he wrote were wonderful to jam on,” Young wrote. “[Stephen] Stills and I had a blast as he kept us going on and on. His singing with Graham [Nash] was so memorable, their duo spot a highlight of so many of our shows.”

CSNY broke up in the summer of 1970, but they reformed four years later for a massive stadium tour. “We had so many great times, especially in the early years,” Young wrote. “Crosby was a very supportive friend in my early life, as we bit off big pieces of our experience together. David was the catalyst for so many things.”

CSNY reunited many times after the 1974 tour, most notably for arena tours in 2000, 2002, and 2006. They last played together at the 2013 Bridge School Benefit. Young and Crosby’s relationship grew contentious the following year when Croz was quoted speaking negatively about Young’s girlfriend, actress Daryl Hannah.

Crosby apologized to him several times. “I was completely out of line,” he told Howard Stern in 2015. “I have screwed up massively. Daryl Hannah never wound up in a Texas prison. I’m screwed up way worse than that girl. Where do I get off criticizing her? She’s making Neil happy. I love Neil and I want him happy.”

They never have the chance to reconcile. “My heart goes out to Jan and Django, his wife and son,” Young wrote. “Lots of love to you. Thanks David for your spirit and songs. Love you man. I remember the best times!”