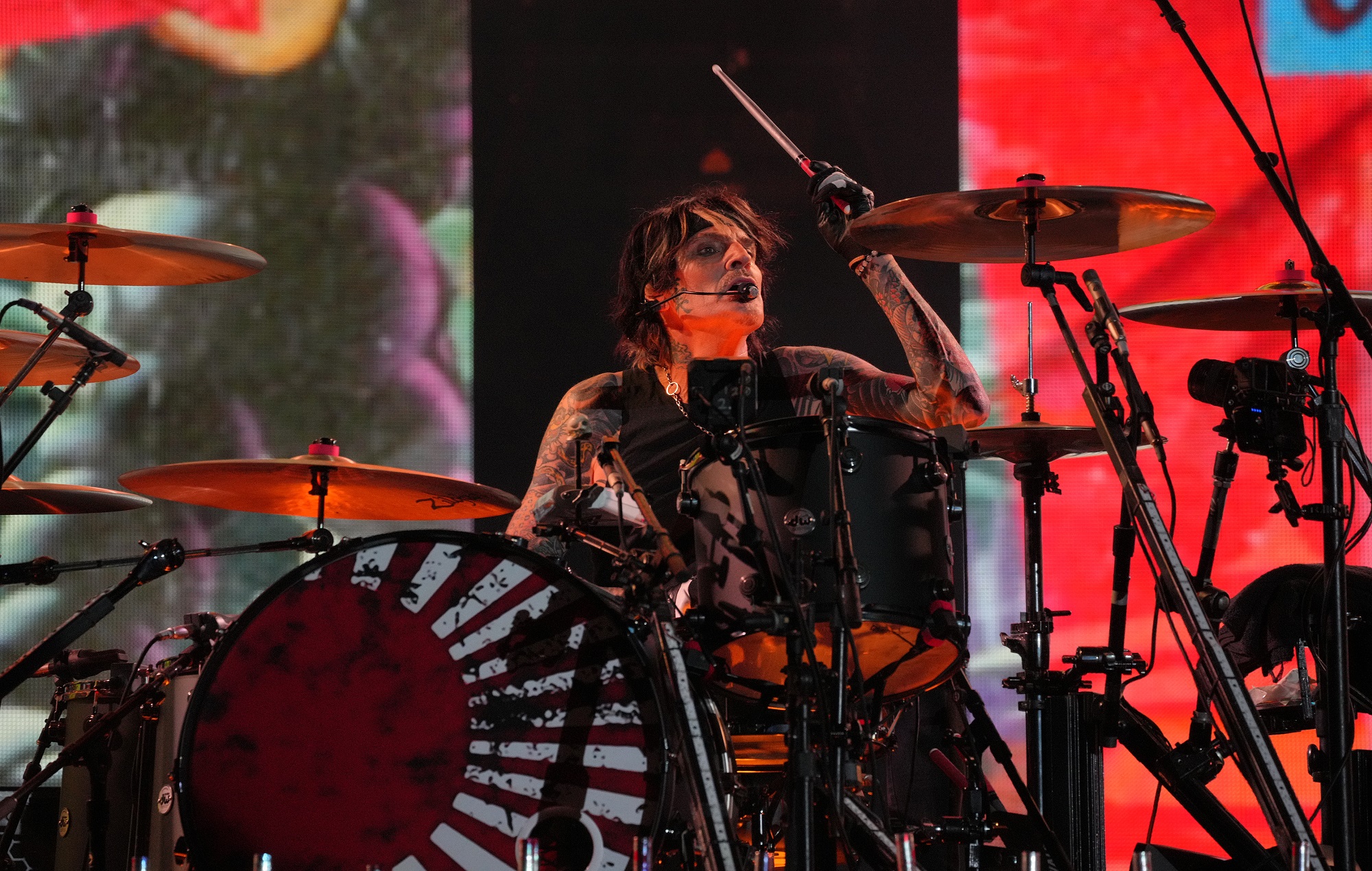 Tommy Lee has made good on his promise to launch his very own OnlyFans account.

It comes after the Mötley Crüe drummer announced earlier this month at a show with the band in Las Vegas that he was joining the subscription-based social media platform which is popular with sex workers, where users can buy and sell original content.

At the time he made reference to a full-frontal nude selfie he posted across his social media accounts, later saying he uploaded the picture while on a “bender”.

He said: “In case you guys are fucking living under a rock, I’ve been in trouble a little bit lately. I wanna see what kinda trouble we can get into tonight. We are in fucking Las Vegas, right? And I think that we should dispel that fucking bullshit ‘What happens in Vegas stays in Vegas.’ Fuck that. Let’s fucking share it with the world.”

Lee then encouraged male members of the audience to show him their genitalia, before saying: “I showed you my shit. They took it down off the internet. … What I’ve done is I have now gone over to a place where you can be free as fuck. And you can show anybody whatever the fuck you want, and they don’t fucking take it down.”

Finally, he mooned to the crowd showing the words ‘OnlyFans’ written in black marker across his bum.

Now, Lee has shared a new post to celebrate his newly launched OnlyFans account, which can be viewed below.

Following Mötley Crüe’s recent concert in Vegas, Lee has since also responded to the backlash he faced for asking fans to expose themselves at live shows.

He shared a TV news segment regarding his recent behaviour that aired on ABC7. In the clip, one fan said it was “traumatising” to see so many people exposing themselves at the drummer’s request.

Lee added his own audio over the interview footage, saying: “What the fuck do you expect to see at a Motley Crüe concert, dude? We’ve been doing this for-fucking-ever. Jesus Christ, you fucking pussy.”

Mötley Crüe’s gig in Vegas was their final stop on ‘The Stadium Tour’ which paired the band with Poison, Joan Jett & The Blackhearts and Def Leppard. It marked the group’s first tour since they officially reunited in 2018.

Back in June, Lee had to leave the stage during the first of Mötley Crüe’s stadium shows after breaking his ribs while on holiday.