Meet Me @ The Altar announce debut album ‘Past // Present // Future’ 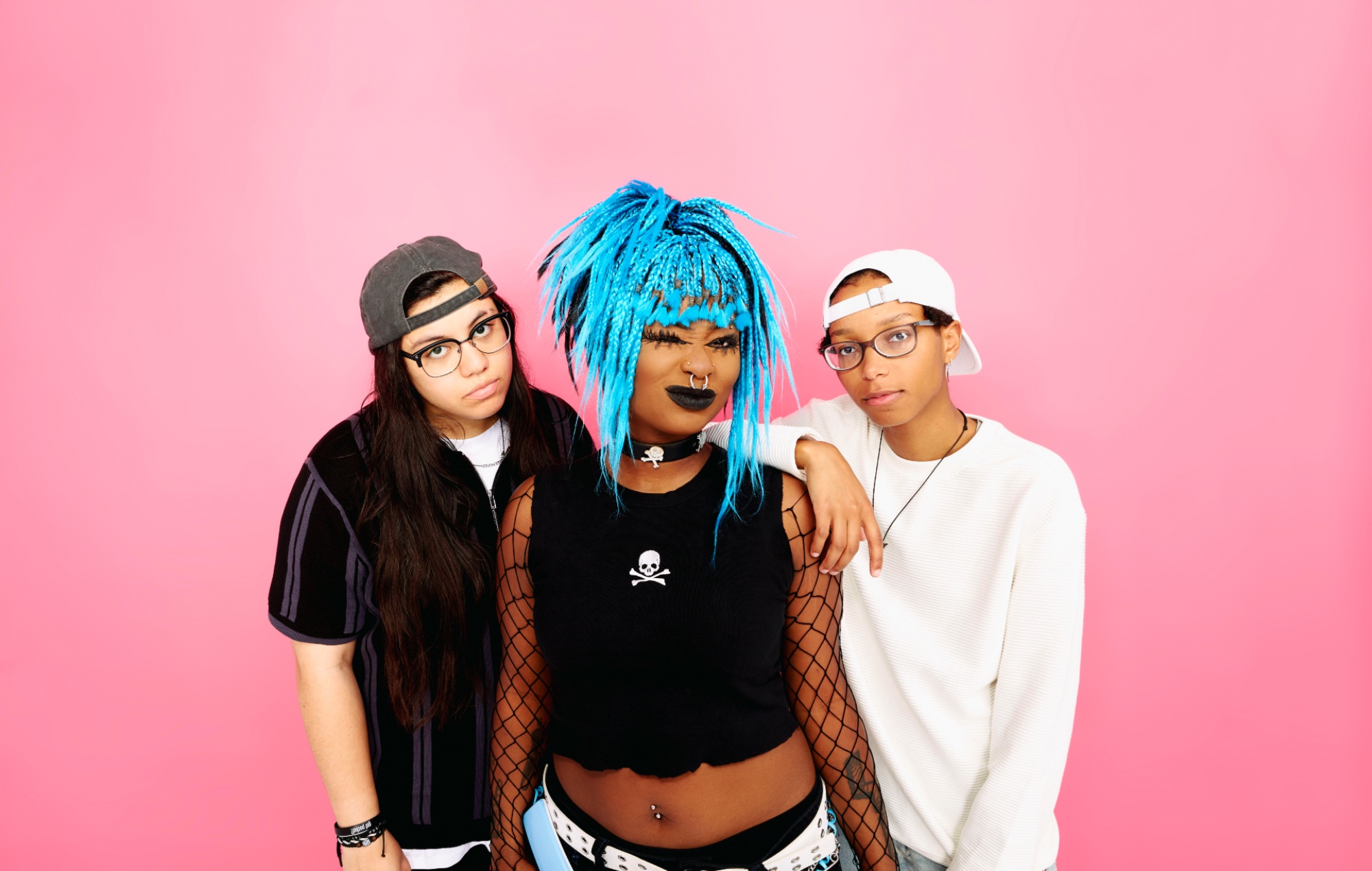 Meet Me @ The Altar have announced their debut album ‘Past // Present // Future’ – get all the details on the LP below.

The punk trio had previously said the record would arrive in 2022, but will now see the light of day on March 10.

The record, which will follow 2021’s ‘Model Citizen’ EP, was announced by the band in the hot seat of The Late Show With Stephen Colbert, where they also performed new single ‘Say It (To My Face)’.

Of the album, the band said: “The things we hold from our past inform who we are now and where we might go.”

“This album pays homage to the music we loved growing up while reflecting our modern-day lives, sounds, and experiences – we can’t wait to share Past // Present // Future with the world.”

See the Colbert performance and the album announcement below, along with the artwork tracklist for ‘Past // Present // Future’.

No time like the present! Our debut album ‘Past // Present // Future’ is out March 10th via @FueledByRamen – so stoked to share the news on @colbertlateshow with @stephenathome 💖🛋 https://t.co/O91FnS6yuF pic.twitter.com/r5tmHmLKPX

Welcome to the new era. Our debut album “Past // Present // Future” will be out March 10th via @FueledByRamen 💗 🛋️ pic.twitter.com/fhNmCos4dB

Recently, Meet Me @ The Altar said their debut album is dedicated to Pink, Avril Lavigne and Demi Lovato.

Taking to Twitter, vocalist Edith Johnson wrote that the group are bringing back “2000’s radio rock” with the record.

‘Model Citizen’ was originally released in August 2021. In a four-star review of the ‘Model Citizen’ EP, NME wrote: “The pop-punk revival so far may have platformed big-budget solo artists – including Willow, Machine Gun Kelly, and Olivia Rodrigo – but with ‘Model Citizen’, Meet Me @ The Altar prove there is still nothing quite like rocking out with your best mates, and confronted with the burden that they are what so many needed as younger fans, the weight on their shoulders could have been too heavy to bare.”