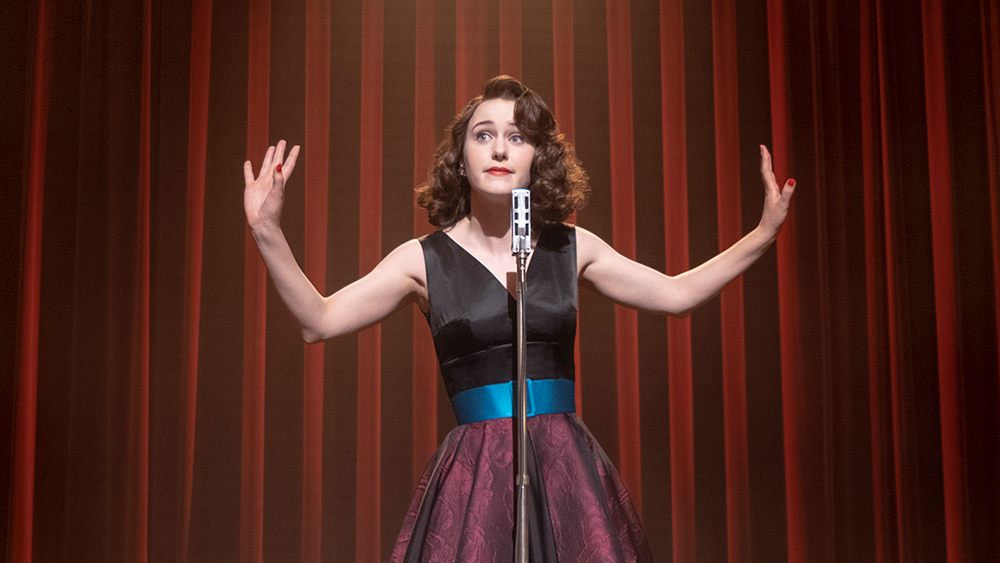 Emmy-winning music supervisor Robin Urdang doesn’t like saying no to “The Marvelous Mrs. Maisel” creators Amy Sherman-Palladino and Dan Palladino. With the show’s music steeped in American standards, 1950s and ’60s tunes to reflect the era, Urdang found herself going down rabbit holes to find masters and license songs. “The Marvelous Mrs. Maisel,” starring Rachel Brosnahan, features a mixture of well-known and obscure songs. In turn, the show’s Season 4 soundtrack is filled with both known and rare gems. For “I’m Nobody’s Baby,” by nightclub legend Miss Beverly Shaw, Urdang searched for an heir — a quest that led her to Shaw’s relative. “We needed to master [the song], but there was no recording,” she says. “So, [her family] sent us the vinyl and we got it mastered.”

Here, Urdang shares the stories behind some of her favorite needle drops from the show.

“Amy said we were going to be in Coney Island. She said, ‘I want a song about Coney Island, but it has to be the 1960s.’ I did all my research and found the song. We had used the Barry Sisters quite often in ‘Maisel.’ I sent it along with a couple of other songs. I didn’t check to see if it was clearable.

“I cleared the master, but when I tried to clear the publishing, it was a black hole. There was no way to find it. I went through every publisher and everything. We found an heir. I sent a Facebook message and Twitter. I wound up finding the grandson of the writer who was able to license it to us. It has never been used before — but we got it.”

“Racing With the Clock” — “The Pajama Game”

“Midge moves back to her apartment in New York City. She’s trying to reestablish her credit. Dan wanted to use ‘Racing With the Clock.’ We took the original version from [musical] ‘Pajama Game,’ but it didn’t work. We had cleared it, but we needed more of an instrumental. So, we scored this to picture with an orchestra. We don’t have a score; we use songs as score to support the story.”

“Brian Tarantina, who played Jackie, passed away in real life. They dedicated [episode] 4:03 to him. Jackie was the manager of the Gaslight Café. There’s a memorial to Jackie with three ocarina players on stage playing the song. What’s important about this is that the ocarina part was scripted. We had to find a song and arrange it so that there were at least three octaves because we learned that each ocarina could only do one. “There’s a small community of people in New York that performs using this instrument. The contractor found people and we sent them to Dan and Amy. We had a week and a half to put this together, and we got it. They had to play and look the part.”

“This is a well-known song. Beverly Shaw was the artist on this, and it’s where Midge takes Suzy to the Trapdoor, a lesbian bar. We didn’t want a typical, known lesbian song. We wanted something underground, and nobody knew. I was looking and looking for the ownership, and I finally found that she had a club on Laurel Canyon. It was the first known lesbian bar in California. “Anyway, she released and recorded her own music. I found her great-aunt who said her kids were now in their 90s. I finally found ownership. But the story behind this woman is unbelievable. It was on her label, so this has never been released before, and this is the first time it’s ever been released on a soundtrack.”