The actor, who got her big screen debut in Scorsese’s 2013 film The Wolf Of Wall Street, discussed working with the director at a BAFTA event in London attended by Deadline.

“We were shooting the shot where I’m running up the stairs, and he turns to me and goes, ‘Every great movie has a stair shot,’” Robbie explained of the filmmaker’s comments.

“I’ve told so many directors since that Martin Scorsese says every great movie has a stairwell shot, so get the stairs in there.”

She also added that she received just one piece of direction during the film’s six-month shoot with Scorsese.

“We spoke all the time. I’d sit at video village, and he would tell stories about the Mafia and old film stars, but he didn’t actually give direction,” Robbie said.

The actor recently revealed she almost quit acting after the unexpected attention she received after The Wolf Of Wall Street.

“Something was happening in those early stages and it was all pretty awful,” Margot Robbie told Vanity Fair.

“I remember saying to my mom, ‘I don’t think I want to do this.’ And she just looked at me, completely straight-faced, and was like, ‘Darling, I think it’s too late not to.’ That’s when I realised the only way was forward.”

Of the way she navigates paparazzi and self-preservation today, Robbie added: “I know how to go through airports, and now I know who’s trying to fuck me over in what ways.

“If my mom dies in a car accident because you wanted a photo of me going in the grocery shop, or you knock my nephew off a bike — for what? For a photo? It’s dangerous but still weirdly nothing feels like it changes.”

Prince Harry and Meghan Markle’s Netflix doc “Harry & Meghan” has a chilling new trailer about the royal family — and a release date!

The teaser starts off with Harry saying, “It’s really hard to look back on it now and go, ‘What on earth happened?’”

The video shows how beloved Meghan was when the couple first got together, as Markle says, “And then…” and Harry adds, “Everything changed.”

Prince Harry goes on, “There’s a hierarchy of the family. You know, there’s leaking, but there’s also planting of stories.”

A woman then states, “There was a war against Meghan to suit other people’s agendas,” before it cuts to a man saying, “It’s about hatred. It’s about race,” and then Prince Harry insisting, “It’s a dirty game.”

The Prince goes on to share his fears for Meghan after what his late mother Princess Diana went through.

As videos of Diana and old headlines fill the screen, Harry says, “The pain and suffering of women marrying into this institution, this feeding frenzy…”

Meghan is then heard saying, “I realized, they’re never going to protect you.”

Harry goes on to say, “I was terrified. I didn’t want history to repeat itself.”

At the end, Netflix confirms the two-part series will drop the first episode on December 8 and the second on December 15.

The new trailer comes on the heels of a teaser released last week that revealed photos and videos from throughout their relationship… like the couple dancing at their wedding reception, Meghan showing off her baby bump, and harder times, like Markle wiping away tears and a tense outing at the 2019 Commonwealth Day ceremony when the couple sat behind a stone-faced Prince William and Kate Middleton.

During the promo, a producer asks, “Why did you want to make this documentary?”

Harry answers, “No one sees what’s happening behind closed doors,” and, “I had to do everything I could to protect my family.”

Meghan later adds, “When the stakes are this high, doesn’t it make more sense to hear our story from us?”

The promos for the doc coincided with Prince William and Kate Middleton’s recent visit to Boston.

The brothers had a falling out after Harry and Meghan’s tell-all interview with Oprah in 2021, and now with the Netflix doc, and Harry’s memoir “Spare” coming out in January, the royal rift continues.

A source told Us Weekly of the brothers not meeting up during William’s trip to the U.S., “[They have] a mutual feeling at the moment that it’s for the best if the four of them have a little distance from one another, until the documentary has aired and the fuss surrounding Harry’s memoir has calmed down.” 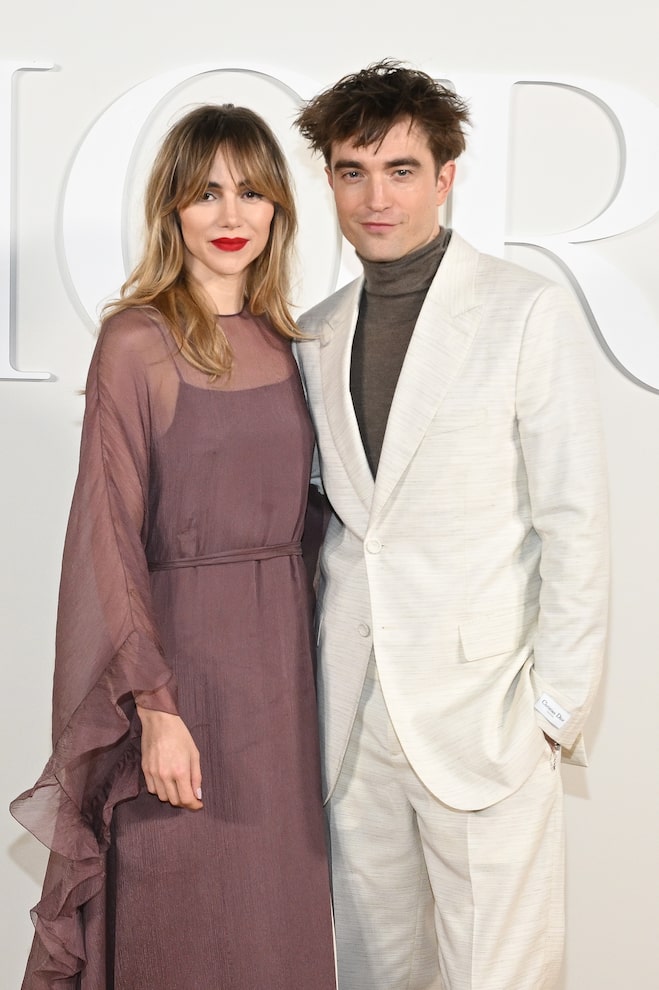