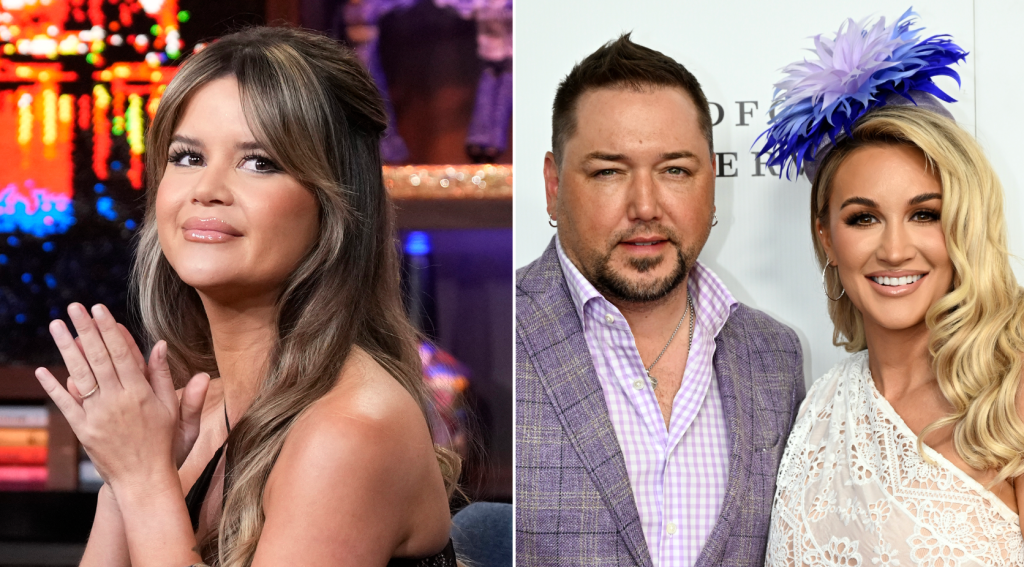 Maren Morris is a CMA Award nominee for album of the year thanks to her record “Humble Quest,” but she isn’t sure she’s attending the November ceremony after she publicly clashed with Brittany and Jason Aldean over transphobic comments they posted on Instagram. Jason Aldean picked up a CMA Award nominee for musical event of the year, meaning the two country artists could both find themselves in attendance at the ceremony.

In an interview with the Los Angeles Times, Morris said she hasn’t yet decided if she’s going to go the CMA Awards.

“I’m very honored that my record is nominated,” she said. “But I don’t know if I feel home there right now. So many people I love will be in that room, and maybe I’ll make a game-time decision and go. But as of right now, I don’t feel comfortable going.”

Brittany and Jason Aldean generated controversy in late August after Brittany posted a video to Instagram of herself applying makeup and wrote in the caption, “I’d really like to thank my parents for not changing my gender when I went through my tomboy phase. I love this girly life.”

Country music star Jason Aldean responded to his wife’s post by writing in the comments, “Lmao!! Im glad they didn’t too, cause you and I wouldn’t have worked out.”

The posts were widely viewed as transphobic and were called out as such by country singers such as Morris and Cassadee Pope. Morris referred to Brittany Aldean as “Insurrection Barbie,” adding, “It’s so easy to, like, not be a scumbag human?”

“I think that children should not be allowed to make these life-changing decisions at such a young age,” Brittany Aldean later told Fox News host Tucker Carlson, doubling down on her transphobic comment.

Carlson helped make the controversy go even more viral by identifying Maren Morris as a “lunatic” on his show and calling her a “country music person who I hope leaves country music immediately.”

When asked if she ran her Twitter comment calling Brittany an “Insurrection Barbie” by anyone on her team, Morris told the Times, “No, I just shot it off. I hate feeling like I need to be the hall monitor of treating people like human beings in country music. It’s exhausting. But there’s a very insidious culture of people feeling very comfortable being transphobic and homophobic and racist, and that they can wrap it in a joke and no one will ever call them out for it. It just becomes normal for people to behave like that.”

“I don’t have feelings of kindness when it comes to humans being made fun of for questioning their identity, especially kids,” Morris added. “The whole ‘When they go low, we go high’ thing doesn’t work with these people. Any resistance movement is not done with kind words. And there’s a lot worse things I could’ve called her.”