Måneskin debuted songs from new album ‘RUSH!’ and sent a message to their “haters” with a tiny London show at Lafayette last night (Sunday January 22). Check out photos, footage and the setlist below.

The previous Italian Eurovision winners, who are currently in the running for this week’s UK Number One album behind The Reytons and Black Star Riders, celebrated the release of their new record ‘RUSH!’ with an intimate and last minute show at the capital’s Lafayette venue as part of Youtube’s Music Night series. The full show is expected to be release officially on Youtube in the coming weeks.

Bursting on stage to the punk-y ‘KOOL KIDS’, the four-piece then tore through recent single ‘GOSSIP’ before performing new album songs ‘BABY SAID’, ‘BLA BLA BLA’ and ‘TIMEZONE’ live for the first time – each already landing like favourites among fans.

“This is gonna be a tough tour; these songs are hard to sing,” said frontman Damiano David early on in the set. After a raucous outing of ‘BLA BLA BLA’, he told the audience: “This is the funniest song ever and anyone who talks shit about it is a fucking dumbass.”

Referring to his new hairstyle later in the set, the frontman asked: “Can I say something to all the haters? This bald head is useful; I’m so fresh.”

That sentiment continued until the end of their performance, following a spirited performance of ‘MAMMAMIA’, ‘THE LONELIEST’ and ‘I WANNA BE YOUR SLAVE’ – with the latter complete with a crowd invasion – when Damiano bid farewell with: “We hope you like the new record, and if you don’t – go fuck yourself.” 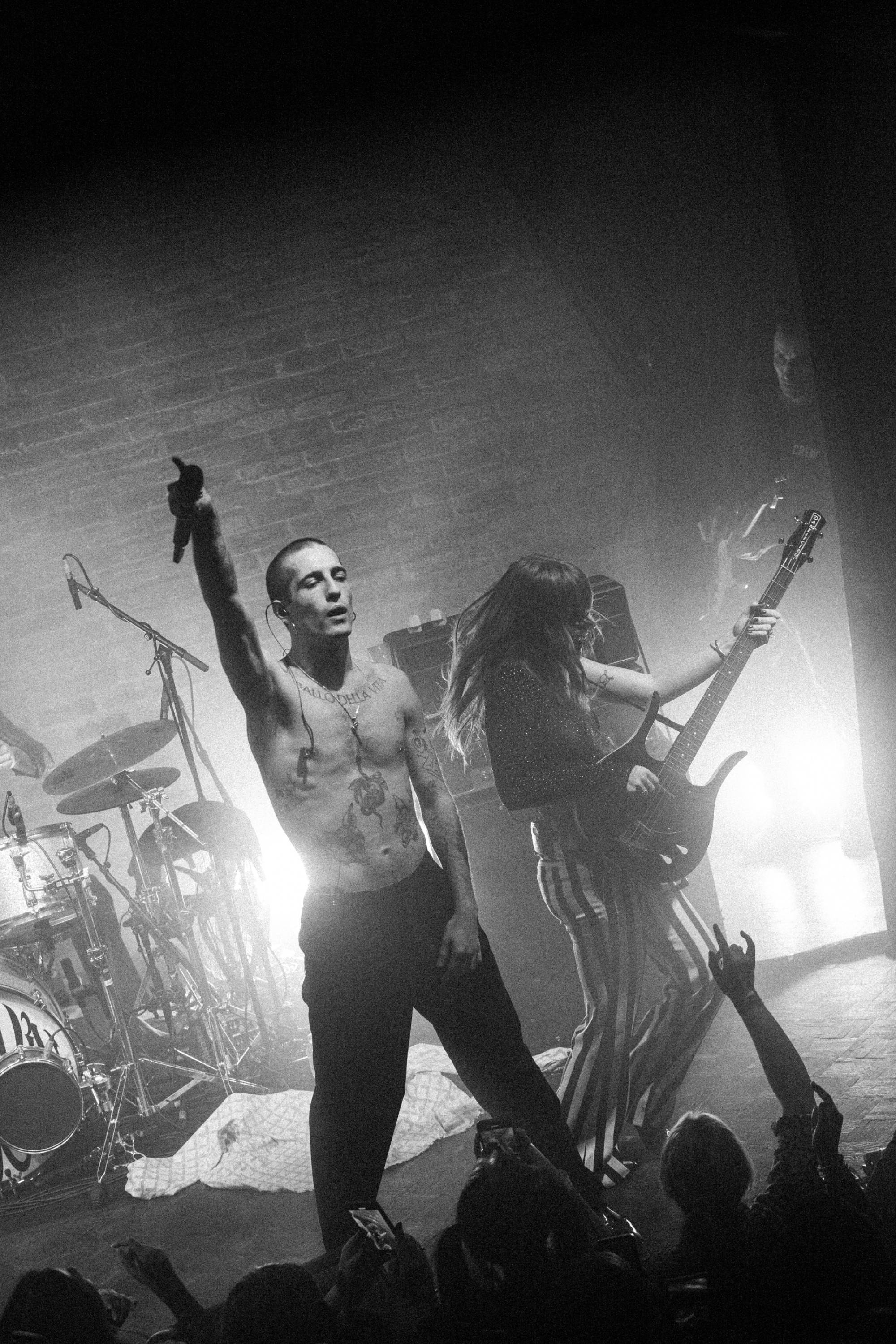 The band also celebrated the release of ‘RUSH!’ by getting “married” at a star-studded ceremony by Italian fashion designer Alessandro Michele in Rome. This week also saw them hit back at accusations of “queer-baiting”.

They had previously played another last-minute intimate show at London’s Underworld back in October. The band performed at the 500-capacity venue to mark the release of their new single, ‘The Loneliest’. This followed from a previous surprise London show in October 2021 at Islington Academt, receiving a five-star review from NME – concluding: “Naysayers will try to brush them off as a novelty act, but Måneskin are no joke.”

Måneskin will head out on the European leg of their Loud Kids world tour, which includes a show at London’s The O2 Arena. Tickets are available here.