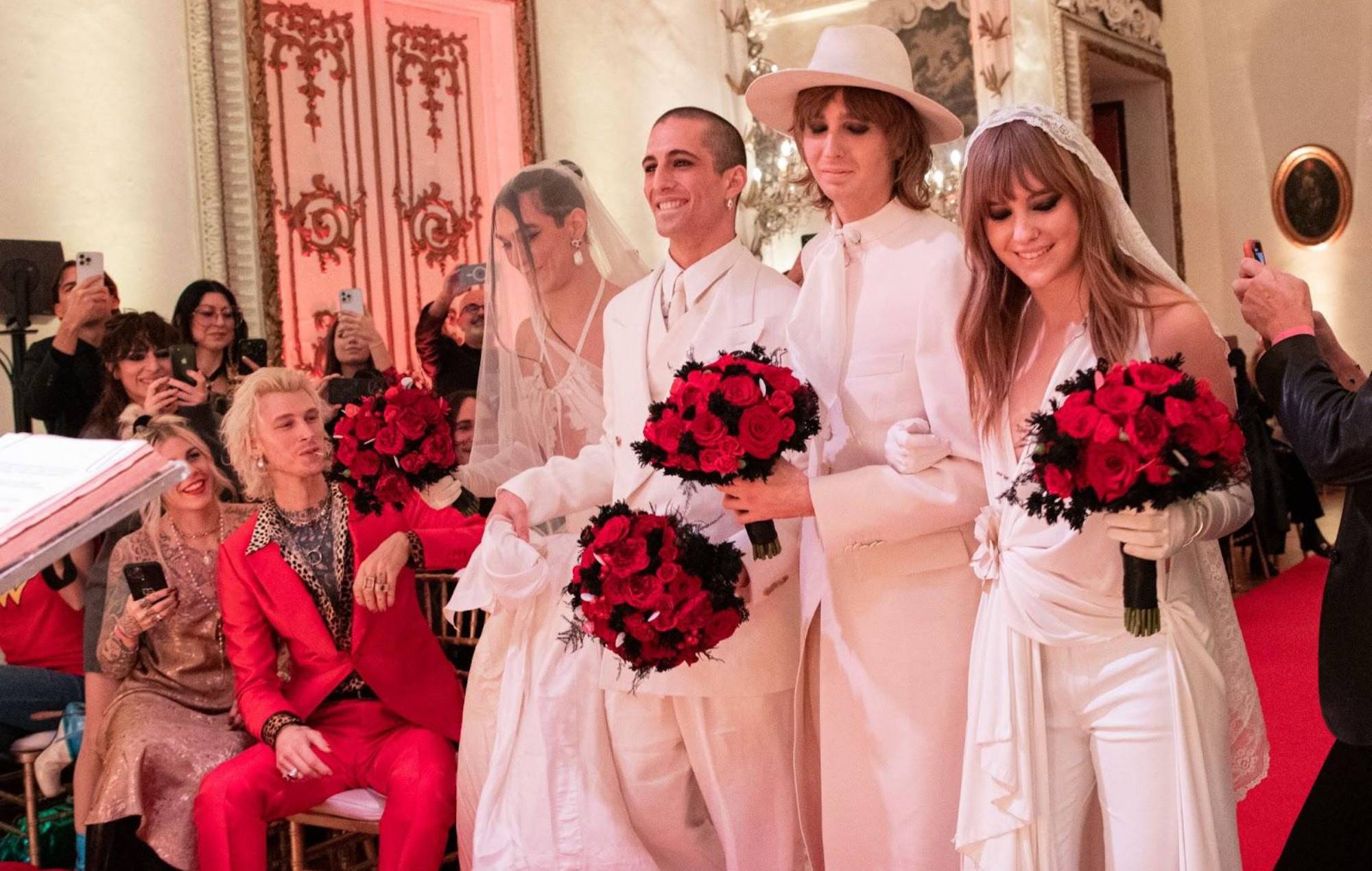 The members of Måneskin got “married” in a four-way “wedding” ceremony to celebrate the release of their new album, ‘RUSH!’

Spotify threw the Italian rockers the party at Palazzo Brancaccio in Rome, Italy, in which they each professed their “eternal loyalty to one another”. The ceremony was officiated by Italian fashion designer Alessandro Michele, while Machine Gun Kelly, Baz Luhrmann and Paolo Sorrentino were among the guests present for the band’s ‘nuptials’.

The band revealed some of the earliest details about ‘RUSH!’ in an interview for NME’s In Conversation, particularly the influence that they took from Radiohead. “I think that the inspiration we got from Radiohead was to be very focussed on creating a very specific world for each song,” said frontman Damiano David. “It’s something they do very, very well so we tried to create these amazing atmospheres. They really create an image of what you’re listening to, and that gave us inspiration.”

David also said that Måneskin are proud to be known as a “Eurovision artist” and said they hoped to attend this year’s contest in Liverpool “if they’re free”.

“For us, Eurovision was never the goal – it was just a way to reach our goals. Many artists make huge mistakes when they go to these TV shows with just one song,” he said. “They create a whole image for the TV show so when it’s over, they have basically nothing to share with fans. We were lucky because we already had two albums and one EP. Once the show was over, people could listen to something and see that we already had five years of a career and touring. That was the sliding door for us.”

He added: “We’ve never been afraid of being ‘a Eurovision artist’ forever. We knew that it was going to change our lives. We’re happy, and we will always remember Eurovision as one of the main steps of our career.”

Måneskin are set to play a last-minute intimate show at Lafayette in London this Sunday (January 22).