Man Claims To Be Living In The Future, Then Proves It 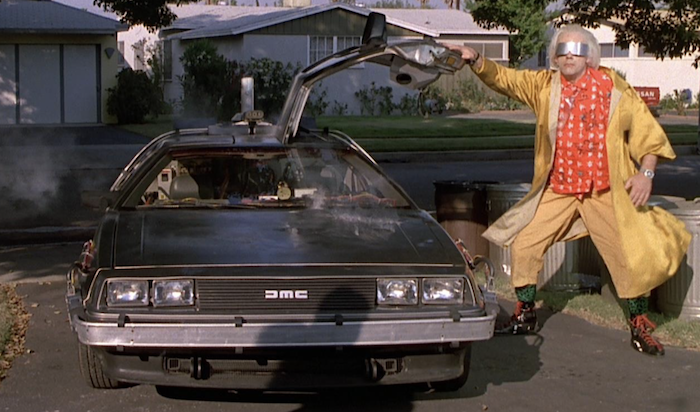 A Tiktok user, Javier2027 claims to be from the future with videos of famous places now devoid of humans or any movement of any kind.

By Jennifer Asencio
| Published 56 mins ago

Is time travel possible? An internet user named Javier 2027 says he’s trapped in time between the years 2021 and 2027, and the future looks grim. His social media screen name, @unicosobreviviente, means “only survivor” in Spanish.

Javier 2027’s TikTok account has 7.5 million followers and 48 million likes on his time travel videos, many of which individually have over 500,000 likes. His videos show locations in cities such as Barcelona and Valencia that are completely deserted, despite being vibrant and well-trafficked areas. The videos are eerie because there are no signs of any people in what should be busy places, including shots of entire cities with no signs of movement.

His videos are not showing our world, however. In addition to time travel, Javier 2027 seems to have moved into an alternate dimension, traveling from the year 2027 to a deserted, humanless version of 2021. In one video, he explains that he woke up in a hospital on February 13, 2021, and has been trapped on this alternate Earth ever since.

Javier 2027 has both fans and detractors. Most people are willing to suspend disbelief and simply enjoy the story, but there are fans who are passionately devoted to believing Javier and his proof of a world with no humans. Other followers are determined to find flaws in his videos, such as birds flying through the shot or vehicles that have moved between cuts.

A number of movies and television shows have covered the subject of time travel, exploring a variety of possibilities and paradoxes that could arrive. Famously, Back to the Future saw protagonist Marty McFly interfere with his parents’ first date, and the titular Deadpool wrestled with the idea of going back in time and killing an infant who would grow up to lead the Nazi Party and become the scourge of Europe. Somewhere in Time sees Christopher Reeve fall in love with a woman in a portrait only to go back in time to woo her.

Time travel has also been portrayed for the laughs. Hot Tub Time Machine follows four men as they explore their pasts in a madcap comedy of errors and repairing them. South Park has borrowed time travel in a myriad of hilarious ways, including in their recent post-pandemic specials.

However, the study of time travel is serious business. Scientists have also wrestled with the question of whether we can travel through time, and what the consequences may be. Einstein famously introduced what’s known as “the grandfather paradox,” which posits that interfering with past events could destroy the future, as in Back to the Future.

More recent theories have claimed that even if the future is interfered with, events will correct themselves and turn out more or less the same, like in the German Netflix series Dark. Another possibility is that, like in Javier 2027’s situation, there are alternate timelines where different events happen, creating a web of parallel universes.

It could very well be that time travel is possible, but is Javier 2027 really lost in time as he claims? Regardless, his videos send a sobering message about a post-human world and how that could happen, whether through war, environmental disaster, or disease. Hopefully, the future Javier is from is another alternate future, because if it is ours, the future’s not so bright.