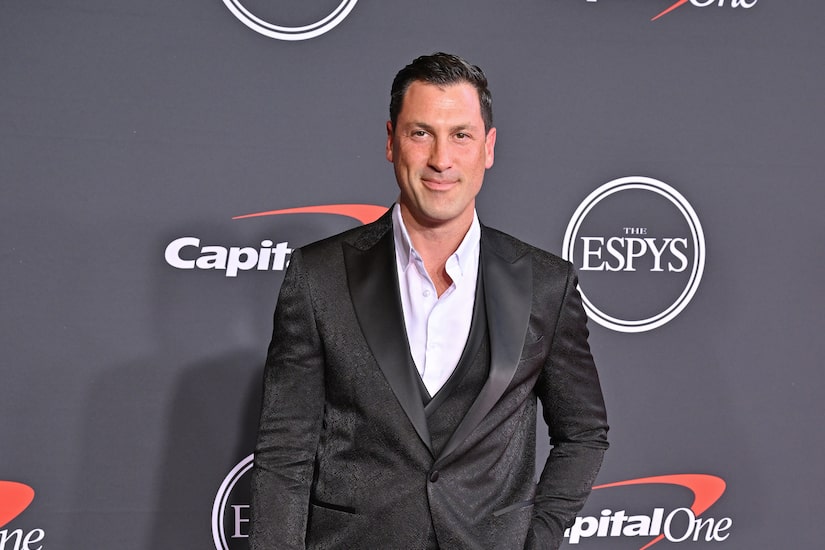 “Dancing with the Stars” couple Peta Murgatroyd and Maks Chmerkovskiy recently revealed that they are expecting again, and now he’s talking all about it!

“Extra’s” Rachel Lindsay spoke with Maks and his friend Bethenny Frankel as they work together on the crisis in Ukraine.

While he does know the gender, he is going to let Peta “dictate that part of our life!”

Maks and Peta are already mom and dad to son Shai, 5.

It has been two years of fertility struggles for the couple. They have suffered three miscarriages and IVF treatments.

Chmerkovskiy said, “Treading lightly because there were struggles. So it’s not like, ‘Oh yeah, I’ve done that three times before’… Right now, we’re just kind of taking it a day at a time, and there’s a lot to be happy for and we’re in that period of time.”

While they are playing the baby waiting game, Maks is partnering with Bethenny for another love dear to his heart: his birthplace — war-torn Ukraine.

When asked if they see an end to the war right now, Bethenny answered, “Yeah, I see an end to everything bad. If good ever prevails, it’s a united effort. It’s David and an army of Davids. I hope it will end soon, but that’s me hoping, wishing.”

Maks was in Ukraine when the Russian invasion began. Bethenny’s B-Strong charity has brought $100 million in aid to the country, and she actually helped get Maks out of the country.

Bethenny commented, “I connected with Maks. I saw that he was there and I had connections. We have people going in and out, and I said, ‘Are you safe? How can I help you get out?’ We connected through his wife and we discussed philanthropy overall.”

They are continuing their mission of mercy, now teaming up to raise money for their latest effort, this Sunday’s “Day of Unity.”

Maks emphasized, “Right now, people aren’t talking about this, so you need a reason to discuss this… We have the year anniversary of the Ukraine war beginning upon us. So Sunday, January 22, is Day of Unity. It is 335 days into this crisis… We will be planting 335 sunflowers, the national flower of Ukraine representing peace, happiness, and hope. We want people to post a sunflower just to come together to say we recognize that this war rages on.”

Bethenny added, “Not the first day, the first bomb. But this doesn’t change what’s still going on for people still in a time of unrest. It’s not rebuild time yet. It’s not over. We can come together because we survived something. They’re still in the eye of the storm, so this is a great time to unify Ukraine.”

Will Chmerkovskiy go back to Ukraine when the war is over? He answered, “I was going to be back next week, but my wife and I [are] happily pregnant and I couldn’t do it to her… I’m just going to wait until, you know, we’re past the point of stress being a factor. But I can’t wait to go back. I can’t wait to go back to, you know, help continue what I was doing and also to help rebuild this country.”