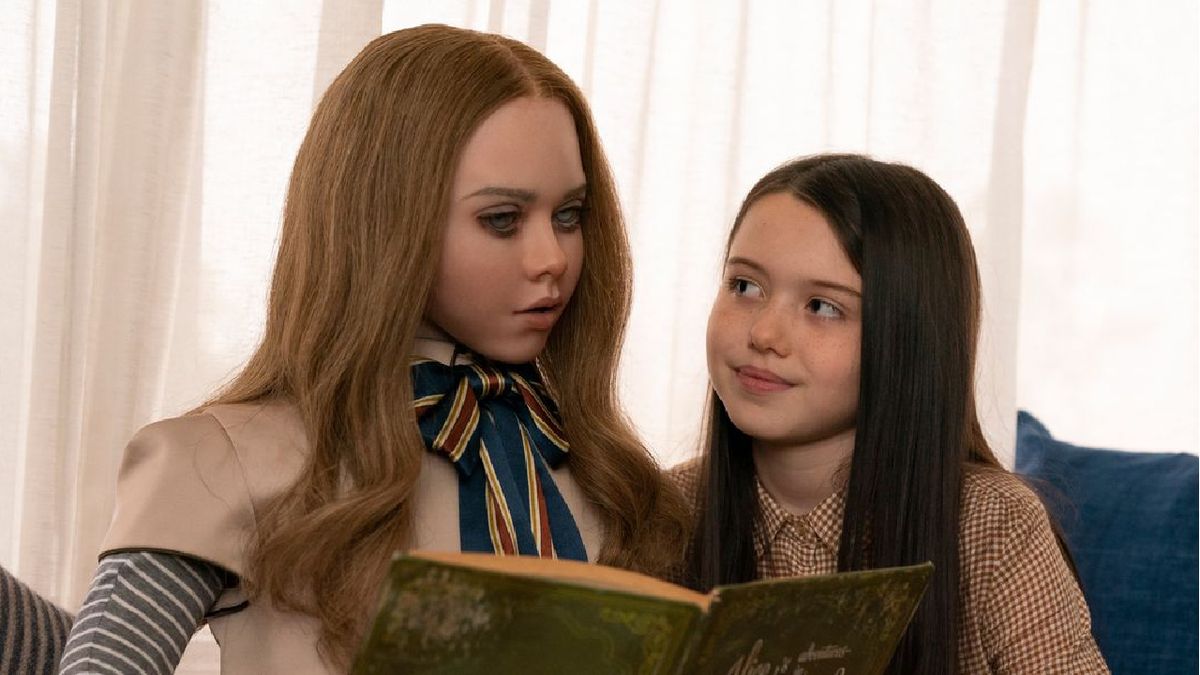 It’s an excellent time to be in the horror movies business. Blumhouse and Atomic Monster’s coproduced M3GAN blew past all box office expectations, raking in (to this date) $124,725,415 on a reported $12 million budget. According to the newly released contract, young actress Violet McGraw earned a substantial bonus thanks to the bad AI flick’s impressive box office take.

TMZ reports that they have obtained the court filings for the child actresses contract, which says the 11-year-old star was paid $3,932.50 per week, with a guarantee of 4 weeks of work. M3GAN ended up shooting for an additional two weeks due to government-mandated quarantines in New Zealand, where production for the Blumhouse slasher took place.

According to the outlet, the M3GAN star’s contract also says she received a bonus based on how well the movie performed at the box office. Since the film brought in over $73 million domestically, Violet is looking somewhere in the range of an extra $150K on top of her initial payday of $23,595. $173K is not a bad payday for an 11-year-old. At her age, I could barely make $10 selling lemonade!

M3GAN continues to kill it at the box office and win audiences over. The flick barely saw a 35% drop in audience attendance during its second week in theaters, and Universal has already greenlit a sequel. That’s right, a follow-up is officially happening, and the title, M3GAN 2.0, is perfect. You can expect to see the pint-size killer with impeccable fashion sense when she slashes her way back on the big screen on January 17, 2025.

While details surrounding the upcoming horror movie sequel are scarce, we know a few things. Screenwriter Akela Cooper has been tapped to write the second chapter. This should make M3GAN fans happy because Cooper’s gonzo-style script (also responsible for 2021’s Malignant) produced the film’s unique tone. The screenwriter also admitted to pouring her childhood fears into the screenplay. After the success of M3GAN, it only makes sense to bring her back for the story’s continuation.

Stars Allison Williams and Violet McGraw are reportedly returning as Gemma and Cady, respectively. This shouldn’t be a major shock to anyone who has already seen the movie because the film’s climax leaves the door open for follow-ups. Not to mention producer and story collaborator James Wan has already entertained the possibility of a broader universe that M3GAN only hints at.

However, the big question surrounding the next installment in the killer doll franchise is whether or not director Gerald Johnstone will return because, as of now, the movie has no director attached. It would be a shame if the filmmaker didn’t return, considering how deftly he handled the film’s absurd tone. In the hands of a lesser creator, M3GAN could have easily slipped into “so bad it’s good” or “just bad” territory. The director might be holding out a bit longer before attaching his name to the project in hopes of a bigger payday than he saw for his work on the first film. If so, he would totally deserve it.

The entire cast deserves bigger paychecks for the next chapter in the evil doll franchise. While we don’t know what the young star Violet McGraw will get paid for the sequel, there will undoubtedly be many updates between now and when M3GAN 2.0 finally hits theaters. Stay tuned to CinemaBlend for all news concerning the release of the flick. Until then, check out our 2023 new movie releases to plan your next trip to the theater.