M. Night Shyamalan heads to the forest with ‘Knock At The Cabin’ trailer 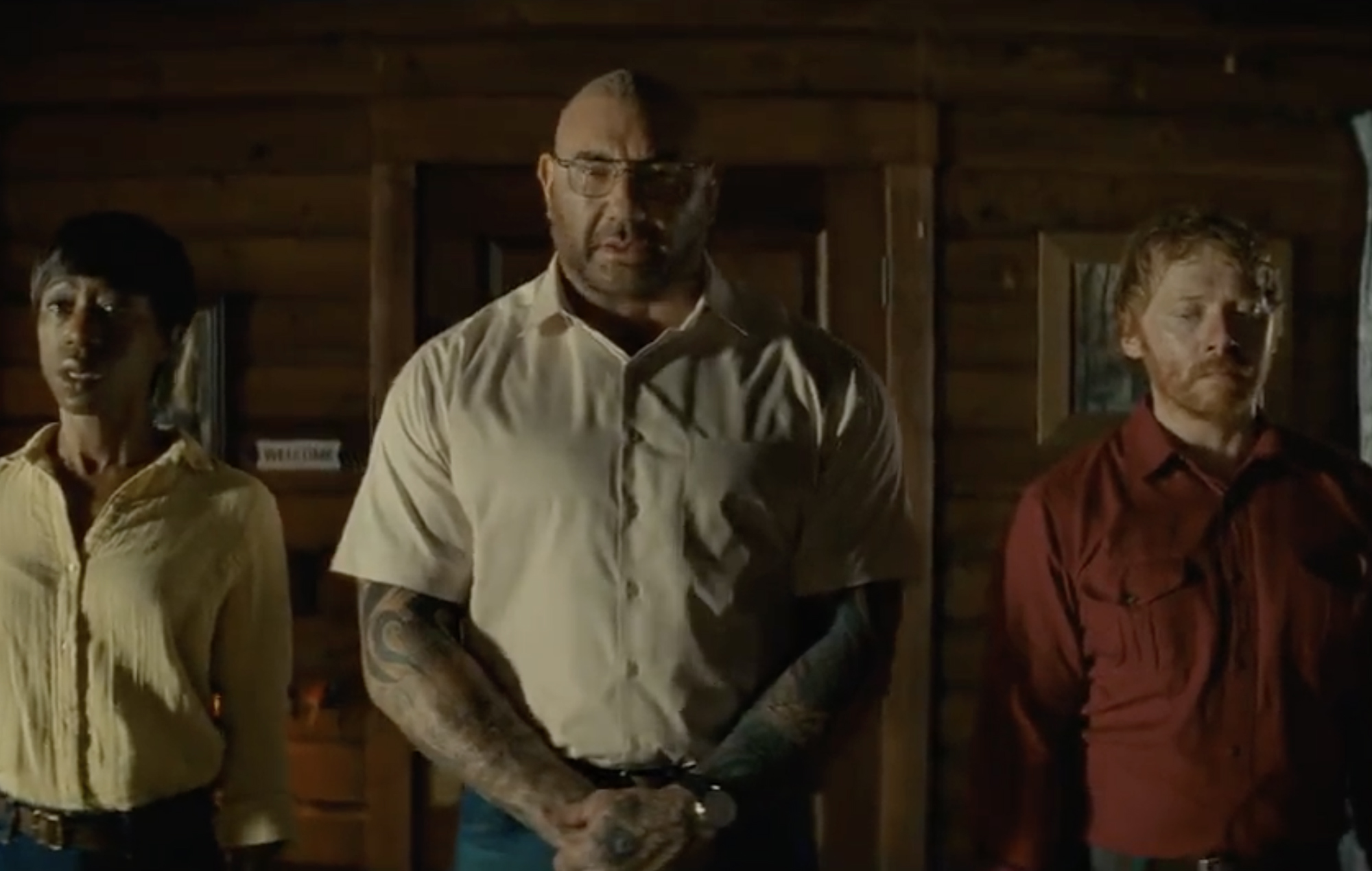 The first trailer for M. Night Shyamalan’s new film Knock At The Cabin has just been released – check it out above.

Jonathan Groff and Ben Aldridge star as two parents taking their young daughter, played by Kristen Cui, on holiday to a cabin, before strangers disrupt their break.

An official synopsis for Knock At The Cabin reads: “While vacationing at a remote cabin, a young girl and her parents are taken hostage by four armed strangers who demand that the family make an unthinkable choice to avert the apocalypse. With limited access to the outside world, the family must decide what they believe before all is lost.”

The film was written, directed and produced by Shyamalan, based on the 2018 novel The Cabin At The End Of The World by Paul G. Tremblay, and produced by Marc Bienstock and Ashwin Rajan.

In a three-star review of the film, NME wrote: “There’s no denying that Old delivers some genuinely grotesque shocks while keeping us gripped to the finish. Because this is a Shyamalan film, it’s surely no spoiler to point out that there’s an elegant twist coming. So if you have time on your hands, unlike this film’s characters, Old does enough to justify its 108-minute runtime.”

Knock At The Cabin will be released in cinemas on February 4, 2023.