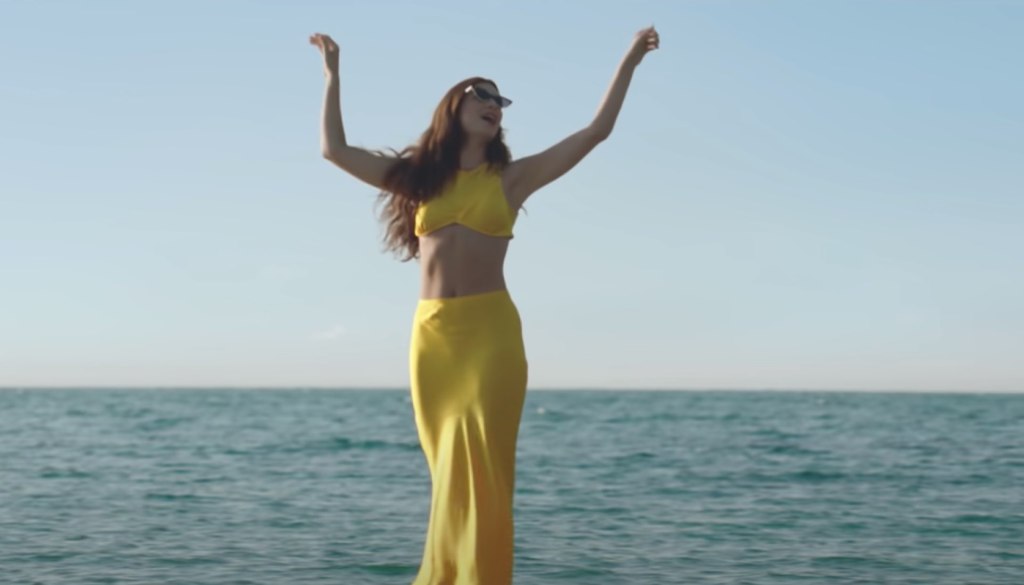 On the one-year anniversary of the official announcement for her third studio album “Solar Power” — and on the day of the Summer Solstice — Lorde has shared a new music video for album opener “The Path” along with a statement addressing the mixed response to the album.

Lorde announced “The Path” music video to fans via her newsletter. Although the video is the sixth to come from the album, Lorde called it “the first chapter in the mystical ‘Solar Power’ story, a prequel to the title video.” The visual sees Lorde on the same beach as the video for lead single “Solar Power.” As she walks through the campgrounds of the beach, she sheds her baggy gray suit for a casual yellow outfit and eventually is joined by the beach’s other inhabitants in dance.

When it was released in August of last year, “Solar Power” received mixed reviews from critics. Although Variety senior music critic Chris Willman wrote in his review that the star “has pulled off one of the more difficult stunts in pop music: making a happy album that’s a good album,” many other reviewers were more ambivalent, deeming the album “underpowered” (The Daily Telegraph) and her “least vital project” (Spin). In her newsletter, Lorde acknowledged the response, calling the experience “at times painful to sit with.”

“It’s been a year since I announced the release of ‘Solar Power.’ I can honestly say it has been the year with the highest highs and lowest lows I think I’ve ever experienced. It took people awhile to get the album — I still get emails every day from people who are just coming around to it now! — and that response was really confounding and at times painful to sit with at first,” Lorde wrote. “I learnt a ton about myself and how I’m perceived by making and releasing this album, and I feel significantly more connected and alive in my art practice and life than pretty much ever before. Sounds dry but it’s true!!!”

In spite of the mixed response, Lorde maintained that she was grateful for the album and for the fans that supported it, saying it was “necessary” for her evolution as an artist.

“I was sitting with a friend recently drinking chai at a country house in England, she’s an artist too, and we got on to the topic of the album somehow. She said, ‘It’s clearly one of those works that gets made between peaks, the kind that’s necessary for makers sometimes, no less precious, in fact, there can’t be peaks at all without such works.’ I think this is true of the record,” Lorde said. “Playing songs from ‘SP’ live each night in what is undoubtedly my best live show ever is also an incredible feeling — it all makes sense there, both to you and me, in a new and vivid way. And thanks to ‘SP,’ I’ve been able to work through some big personal stuff that was making it pretty difficult for me to do stuff like travel or play shows without getting completely overwhelmed.”

Lorde is currently on tour to promote “Solar Power,” with the newsletter being written during a recent stop in Croatia, where her mother is from. Watch the full music video for “The Path” below.