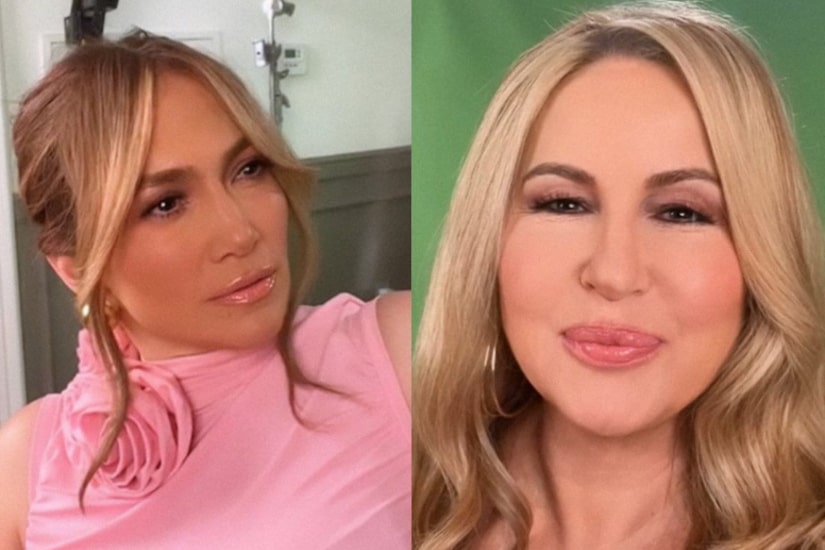 Coolidge starts the video selfie-style, saying, “Hi. This is my first TikTok, and I was trying to think of something cool to do.”

The “White Lotus” actress continues, “I think I’m just gonna do a poem that I like…”

Feigning seriousness, Jennifer begins her reading, “Don’t be fooled by the rocks that I got. I’m still Jenny. Jenny. Jenny from the block.”

She then pans the camera over to Lopez, who tells her, “I like that,” adding, “I really, really like that.”

“Extra’s” Terri Seymour caught up with the ladies at the premiere, asking Lopez about Coolidge singing in the film. Did JLo give her any advice? Lopez smiled, saying, “JCo, JCo.” Laughing, she would only say, “She does sing in the movie, she does.”

Coolidge also raved about Lopez and their co-star Josh Duhamel, noting, “When you’ve got these two extremely hot people in this very romantic comedy… There’s incredible chemistry, you know… We all could tell at the table read that it was going to be a good movie because they just had that thing.”