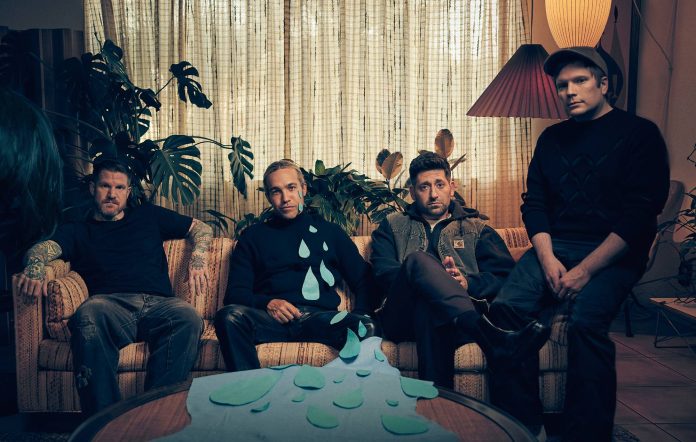 Fall Out Boy have shared a new track called ‘Heartbreak Feels So Good’ – you can listen to it below.

The song will appear on the Chicago band’s eighth studio album ‘So Much (For) Stardust’, which is due to arrive on March 24 (pre-order/pre-save here).

Following on from lead single ‘Love From The Other Side’, Fall Out Boy’s upbeat latest offering sees frontman Patrick Stump sing: “We could cry a little/ Cry a lot/ But don’t stop dancing/ Don’t dare stop.

The single arrives with a Whitey McConnaughy-directed video for which FOB “decided to film a prank” that “did not go go as planned”. Watch it all unfold here:

In a previous statement about the upcoming record, Stump explained: “Technology has made it really easy to make records much more quickly these days. There’s nothing wrong with that, and that spontaneity can be exciting.

“But we wanted to get back to the way we used to work. We wanted to make a record that was really lovingly crafted and deliberate and patiently guided – like someone cooked you a delicate meal. I’m not a very proud guy, but I’m pretty proud of this record.”

Stump also spoke about reuniting with Avron on ‘So Much (For) Stardust’. “Neal not only taught us how to make records, but has a unique capacity to really take time and focus on a record,” he said.

“We thought it was a no-brainer to work with him again, on a record where that was very important to us, and he was gracious enough to agree to work with us.”

Additionally, the LP marks Fall Out Boy’s return to Fueled By Ramen, who released the group’s debut album ‘Take This To Your Grave’ in 2003.

Although the new material harks back to that classic Fall Out Boy sound, Stump said in a recent interview with NME that ‘…Stardust’ is “not a throwback record”.

“I didn’t want to go back to a specific style, but I wanted to imagine what would it have sounded like if we had made a record right after ‘Folie à Deux’ [Fall Out Boy’s divisive 2008 album] instead of taking a break for a few years,” he added.

“It was like exploring the multiverse. It was an experiment in seeing what we would have done.”