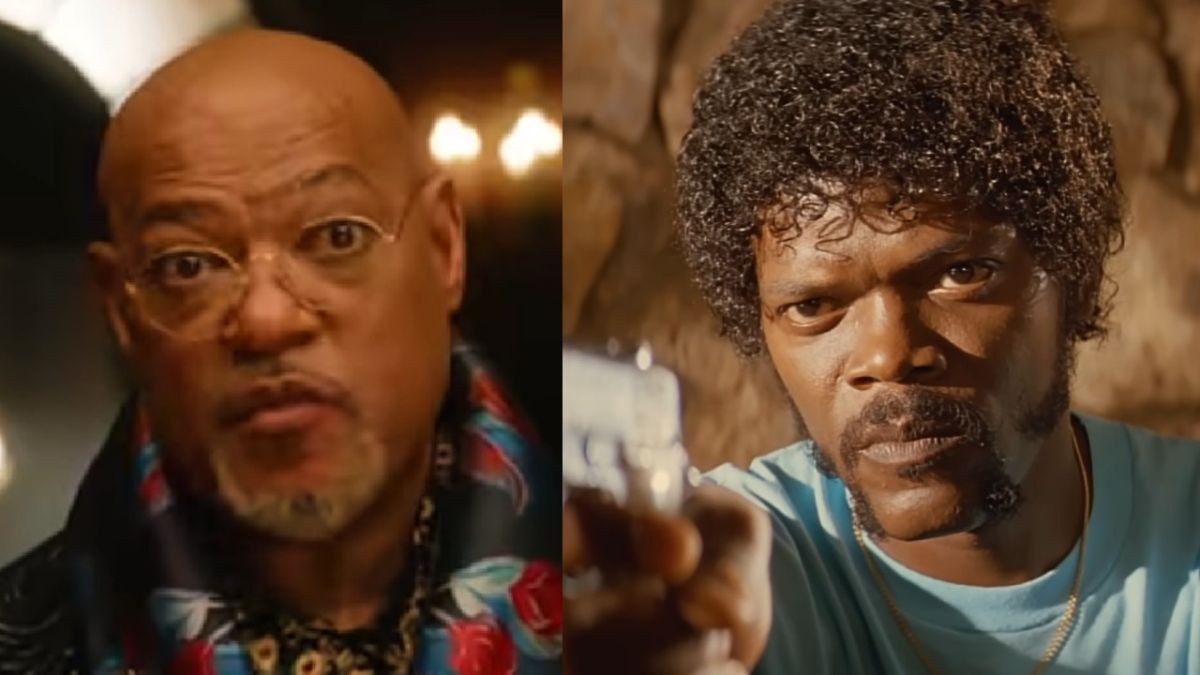 Laurence Fishburne is regarded as one of Hollywood’s best actors, taking on various roles over his five decades in the business. His resume is littered with memorable performances, including Ike Turner and Morpheus. But like any actor, the The Matrix alum has turned down some prolific roles in his time. One of those roles was hitman Jules Winnfield in the cult classic Pulp Fiction, which served as Samuel L. Jackson’s breakthrough role. Two decades after the film became a pop-culture phenomenon, Fishburne explained why he doesn’t regret turning down Jackson’s role.

The Oscar-nominated actor got asked about the iconic role while being interviewed on the Jemele Hill is Unbothered podcast. When Quentin Tarantino wrote the foul-mouth gunman, he pictured Fishburne. Unfortunately, things didn’t work out with both men giving different reasons as to why the actor didn’t appear in the indie classic. Despite the film’s tremendous success, the Contagion star expressed no regret in passing up the chance to play Jules.

What a mature perspective on the iconic role. At the time, Jackson was still bubbling in Hollywood while Fishburne already had a track record in Hollywood with films like Apocalypse Now, Boyz n the Hood, and What’s Love Got to Do with It. Things worked out as Jackson scored his first and only Oscar nomination, which he ended up losing to the late Jack Palance for City Slickers. Fishburne ended up receiving acclaim for his roles in Higher Learning and Othello in 1995. So, things ended up working out for both actors in the long run.

After Jules changed the Nick Fury actor’s career, Hill commented Fishburne should constantly remind Jackson about turning down the beloved role. The John Wick star remained humble as he revealed the two actors never bring up the subject.

Both men have appeared in countless films with memorable roles since the Oscar-nominated film premiered in 1994. The thespian went on to explain why he turned down the cult classic. He said there were certain elements in the script that he didn’t agree with. Fishburne did give Tarantino credit for crafting some fun scenes in the off-kilter drama.

Fishburne’s career hasn’t been too shabby since turning down the acclaimed role. Along with the Matrix and John Wick film series, he has appeared in other notable films, including Akeelah and the Bee and Mystic River. 2022 has been no different as the Oscar-nominated actor popped up in All the Old Knives and The School for Good and Evil (available through Amazon Prime Video and Netflix subscriptions respectively). He will play The Bowery King again in John Wick: Chapter 4, which will hit theaters on March 24, 2023. In the meantime, check out his best TV and movie roles as well as his most Oscar-worthy performances.