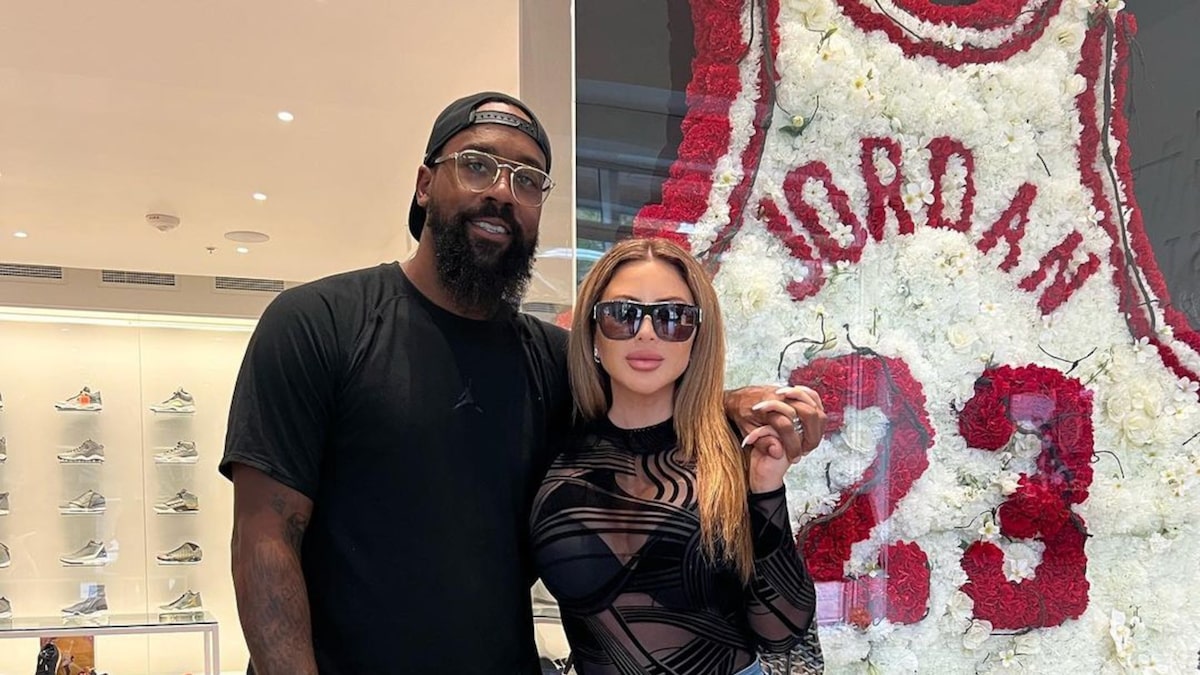 Larsa Pippen, 48, and Michael Jordan’s son Marcus, 32, are taking their romance to Instagram.

Pippen shared a cozy pic of the pair at Marcus’ Trophy Room boutique in Orlando. In the photo, Jordan has his arm around Pippen’s shoulders as they clasp hands.

She wrote in the caption, “✔️Checks over stripes🏆.”

Larsa and Marcus were first linked in September 2022, four years after her split from Scottie Pippen.

A source told Us Weekly earlier this month, “Larsa and Marcus are still trying to play it coy [but] it’s very obvious to everyone around them that the chemistry is off the charts and they’re crazy about each other. They’ve been friends for years. She’s super comfortable with him and has always said he’d be a major catch for anyone.”

Another insider said they were previously staying out of the spotlight “because of the rift between Scottie and Michael.”

Scottie and Michael played together on the Bulls for years, but Scottie was unhappy with the way him and the team were portrayed in Michael’s doc “The Last Dance.”

Scottie wrote in his “Unguarded” memoir, “They glorified Michael Jordan while not giving nearly enough praise to me and my proud teammates.”