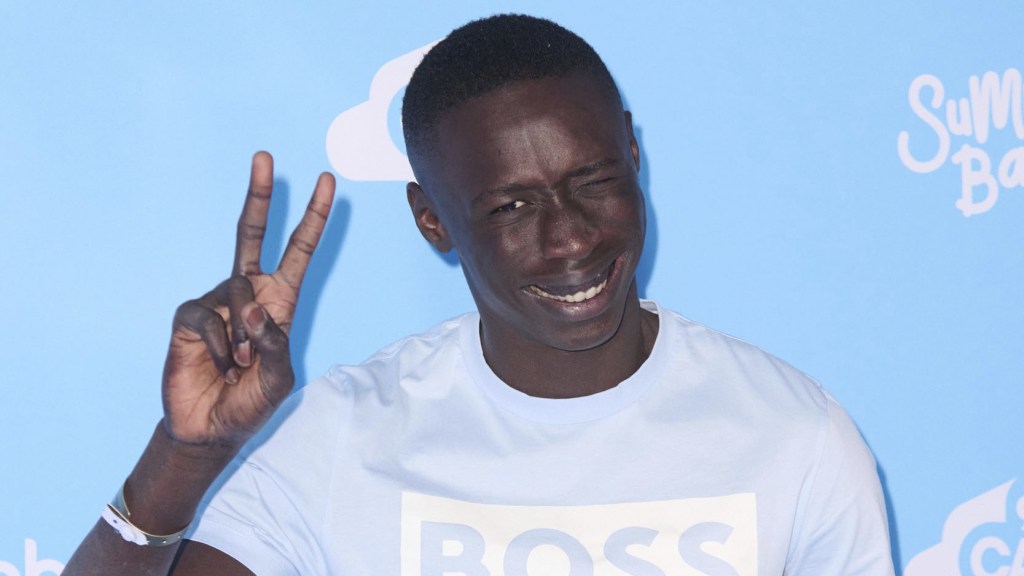 Khaby Lame is now the official king of TikTok.

The short-form comedy video virtuoso now has 142.8 million followers on TikTok, which puts him above previous top TikTok creator Charli D’Amelio (who currently has 142.3 million).

Lame was born in Senegal and his family moved when he was a year old to Chivasso, Italy. He launched his TikTok channel and shared his first comic video in March 2020, after he was laid off from a job in the early days of the COVID-19 pandemic.

The 22-year-old’s comedy bits have gained a massive following, and he’s become one of the most-recognized and loved TikTok creators globally. Lame’s iconic facial expressions and body language (his videos typically do not include dialog) have allowed his content to have worldwide appeal, and he’s developed a specialty for reaction videos and spoofing absurd lifehacks.

“I am passionate about entertaining and making people laugh since childhood, and I am thankful to TikTok for offering me a global stage to share my passion with the rest of the world,” Lame said in a statement in August 2021, when he surpassed 100 million followers. “I will continue to work towards my dreams, knowing I can count on a beautiful community ready to cheer me on. Thank you and I love you all!”

According to Lame, the inspirations for his videos have included “The Fresh Prince of Bel-Air” and Will Smith, Eddie Murphy, French actor Omar Sy — and cartoons. Asked which video he’s most proud of creating, Lame, in a Q&A with TikTok last summer, replied, “I don’t have one in particular. I love all of my videos and all of them have made me proud.”

Lame’s first video to go viral was from November 2020. In the video, which has been viewed more than 17 million times, he reacts to a video of a girl who is immobilized after some punk locks the backpack she’s wearing to a post… and he wordlessly demonstrates that she could extricate herself simply by removing the backpack.