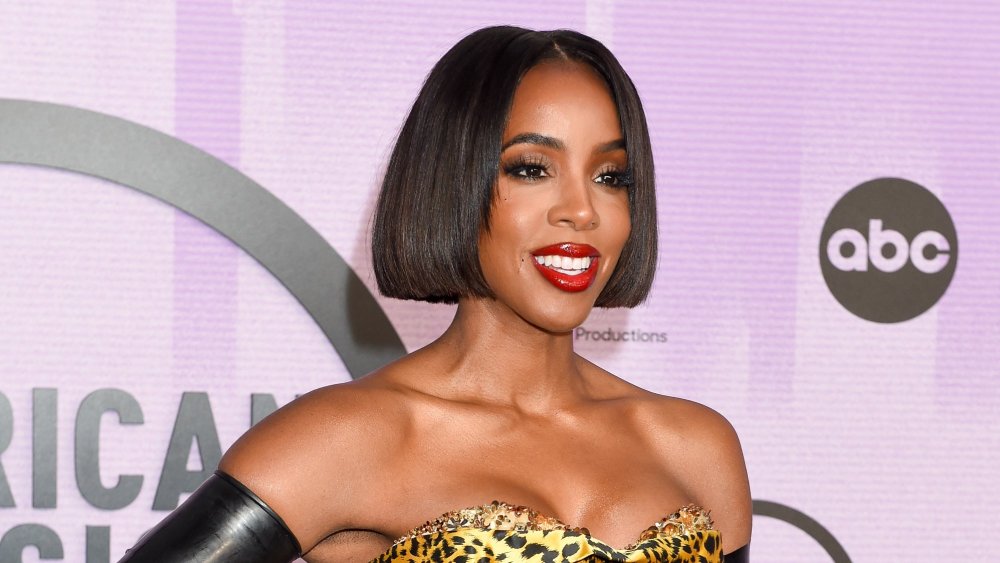 Amid a controversy over a Chris Brown-helmed Michael Jackson tribute on Sunday’s American Music Awards that reportedly was canceled at the eleventh hour, the singer won Favorite Male R&B Artist trophy and got a shout-out from Kelly Rowland.

“Chris Brown is not here tonight, so I’m accepting this award on his behalf,” Rowland said, before responding to some booing and unclear shouts from the audience. “Excuse me, chill out,” she continued. “But I want to tell Chris, thank you so much for making great music, and I want to tell him thank you for being an incredible performer. I’ll take this award and bring it to you, I love you! Congratulations, and congratulations to all the nominees in this category.” More unclear shouts from the audience followed.

According to sources and a a report in Puck, a planned tribute to Michael Jackson was canceled just days before the show, apparently over the optics of Brown, who pleaded guilty to assaulting then-girlfriend Rihanna the night before the 2009 Grammy Awards, leading a tribute to Jackson, who faced a 2005 criminal trial for child molestation but was acquitted.

Earlier this week, Brown posted a video and message on Instagram saying that the performance — which apparently included Jackson’s hits “Beat It,” “Billie Jean,” “Wanna Be Starting Something” and “Thriller” — had been canceled “for reasons unknown.” The tribute is timely because a 40th anniversary reissue of Jackson’s biggest album, “Thriller,” is slated for release later this year.

Brown’s caption reads, “U SERIOUS?,” then he added, “WOULDVE been the ama performance but they cancelled me for reasons unknown.”

According to Puck, the network was not opposed to Brown performing, but the combined effect of him leading a Jackson tribute was deemed unacceptable — over the objections of show executive producers Jesse Collins and Stephen Hill. A rep for Dick Clark Productions, which produces the show, told Puck: “Live shows change all the time, it’s the nature of this business. Unfortunately, this element of the AMAs didn’t come together as we couldn’t align on the performance, to no fault of Chris Brown.”

Allegations of improper behavior with children have continued against Jackson, even after his death in 2009.  Brown was arrested following the Rihanna assault, pleaded guilty, and was sentenced to community service, domestic-violence counseling and a restraining order. He has not performed on network television since the BET Awards in 2017 and has complained that he has been effectively banned due to his past behavior, although a number of allegations of violence have been lodged against him in the years since 2009.

Reps for ABC and Brown did not immediately respond to Variety’s requests for comment.