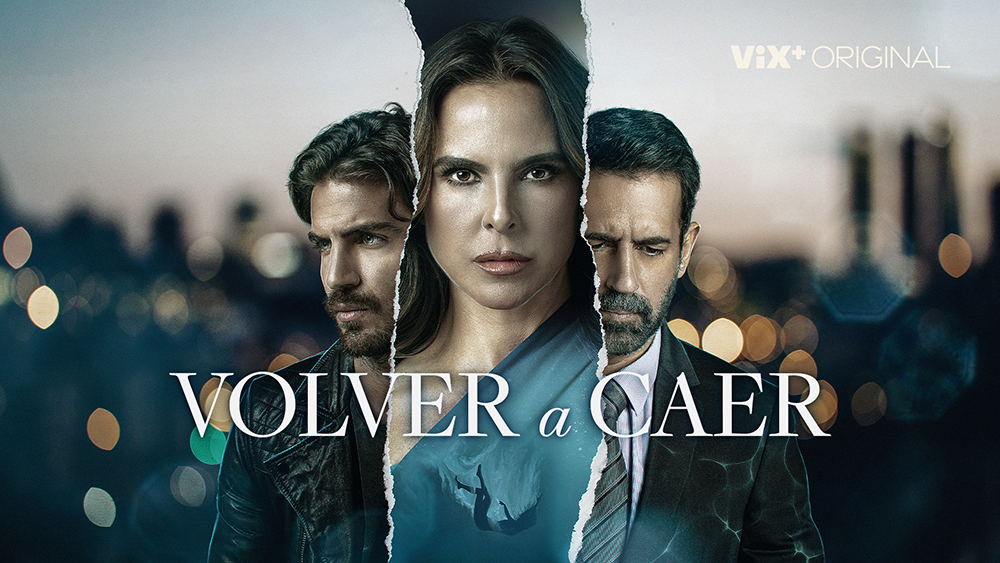 “Volver a Caer,” a contemporary Spanish-language retelling of the Leo Tolstoy classic Anna Karenina, debuts exclusively on ViX+ on Jan. 20. It stars Kate del Castillo (“Queen of the South”) whose Cholawood Prods. co-produced the series under its development pact with Endemol Shine Boomdog.

“This is our first mainstream TV series for an international audience,” Del Castillo announced at a special screening of its pilot episode in Los Angeles.

She was joined at the post-screening Q & A by ViX+ chief content officer Rodrigo Mazón and the series’ director Hari Sama, best known for his acclaimed feature “This is Not Berlin,” which premiered at Sundance in 2019. Sama, who is also an executive producer, noted that this was the first TV series where he directed all the episodes.

“Hari had the right sensibility for this show, we insisted on him,” said Del Castillo. Indeed, his cinematic background comes through, elevating the six-episode series with more depth and nuance.

Given Sama’s background in music, it’s not surprising that music is an important element of the show. Also, Anna’s lover Vico, played by Spanish heartthrob Maxi Iglesias (“The Cook of Castamar,” “Backpackers”), plays a musician-producer in this iteration.

Shot for 6.5 weeks in Mexico City, “Volver a Caer” is based on the Australian version “A Beautiful Lie,” an Endemol Shine property. Given Cholawood’s first-look deal with Endemol, they were able to secure the adaptation rights. Anna is an ace tennis player in the Oz version while in Cholawood’s version, Ana Montes de Oca is a gold-medal winning Olympic diver and a national heroine, not a stretch given the fact that Mexican athletes have excelled most at diving in the Olympics. Married to a fellow athlete who’s entered into politics, Ana has a torrid affair with Vico the musician and, given her exalted position, will be cruelly rejected by society.

“When I saw the Australian adaptation, I knew I wanted to make it, it’s the kind of show that’s perfect for Cholawood,” said Del Castillo, adding: “As three Latinas we’ve dealt with a lot of adversity in the business.”

Scribes Almudena Ocańa and Aurora García Tortosa, known for their hit Netflix series “Elite,” co-wrote the series with Cholawood partners Del Castillo, Carmen Cervantes and Jessica Maldonado all weighing in on the scripts.

Picking up the show was a “slam dunk” for ViX+, said Mazón, who reiterated ViX+’s goal to build the most successful Spanish-language streamer in the increasingly crowded marketplace.

“We want to develop and find fine content, regardless of language,” he added.

The subscription-based platform launched some six months ago and according to Mazón, is picking up subscribers at a good clip.