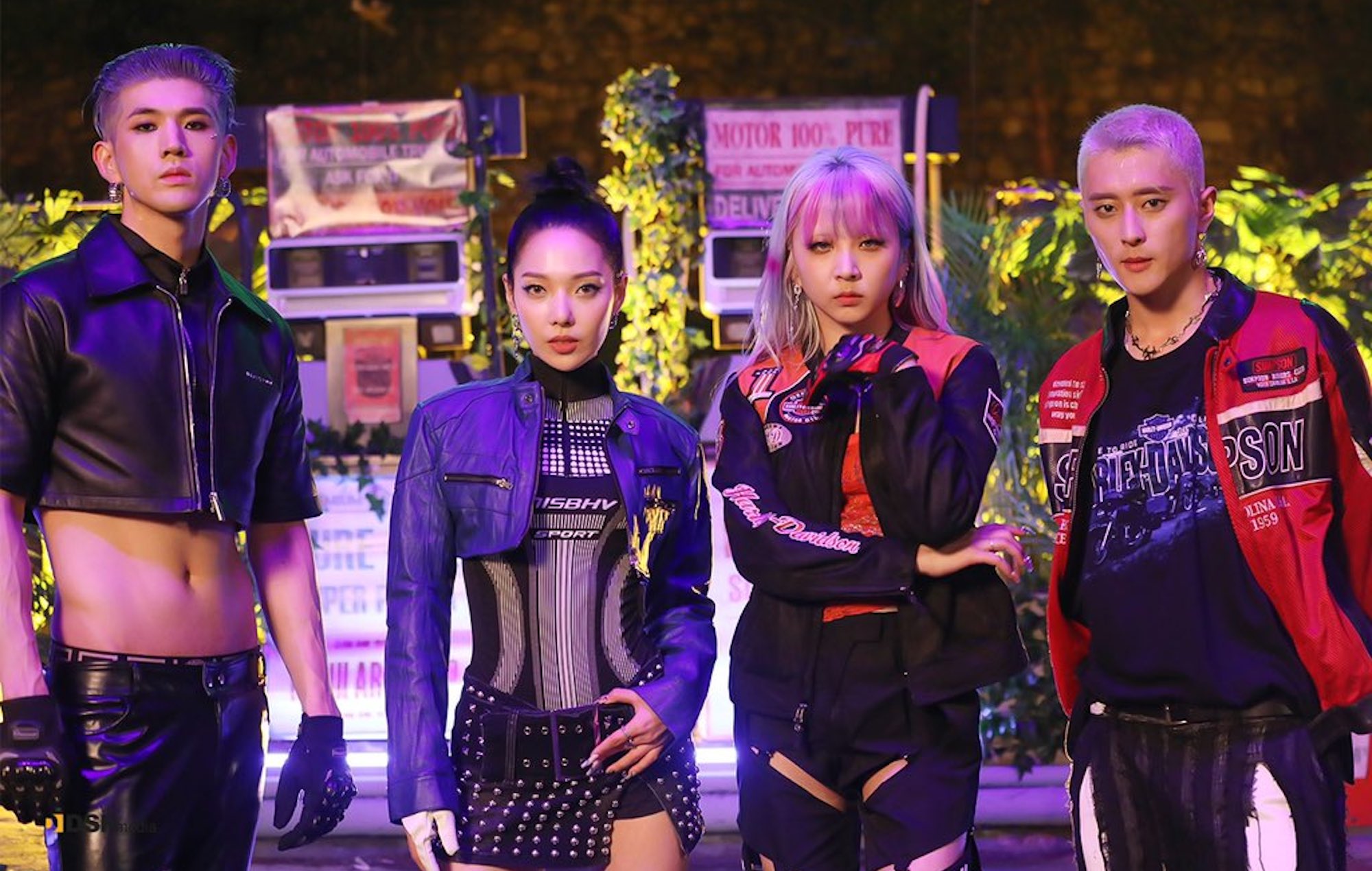 KARD have made their much-anticipated comeback with ‘Ring The Alarm’.

The vibrant visual sees each member in a different locations while performing the song: Somin in a living room with several aquariums, BM in an a gas station, J.Seph in a white living room and Jiwoo at a fast-food stand.

“Ring the alarm / Come here and get on the ride quickly / (What you want, what you need, I’ll deliver) / Follow the body signal, move it / You’ll be mesmerized,” the group declares in the chorus. The music video later cuts to a shot of the group performing high-energy choreography on a rooftop.

‘Ring The Alarm’ is the title track of their fifth mini-album, ‘Re:’. Their latest record includes a total of six tracks, two of which are instrumental versions of the songs ‘Break Down’ and ‘Ring The Alarm’. Notably, ‘Break Down’ features lyrics penned by all four members of the quartet. Other B-sides include ‘Good Love’ and ‘Whip!’.

‘Re:’ marks KARD’s first group release in two years, after their 2020 single album ‘Way With Words’. That three-track record was led by the single ‘Gunshot’, and marked the act’s last release before member J.seph enlisted in the military later that year.

Apart from releasing a new mini-album, DSP Media had also confirmed that the group will be embarking on a South American tour following the release of ‘Re:’. As of writing, the group have announced shows in Mexico, Chile, Brazil, Colombia and Argentina.

Over the group’s break, rapper and leader BM made his solo debut with the English-language single ‘Broken Me’, which was soon followed by his single album ‘The First Statement’. That record had been led by the single ‘13IVI’, and included a Korean-language version of ‘Broken Me’.