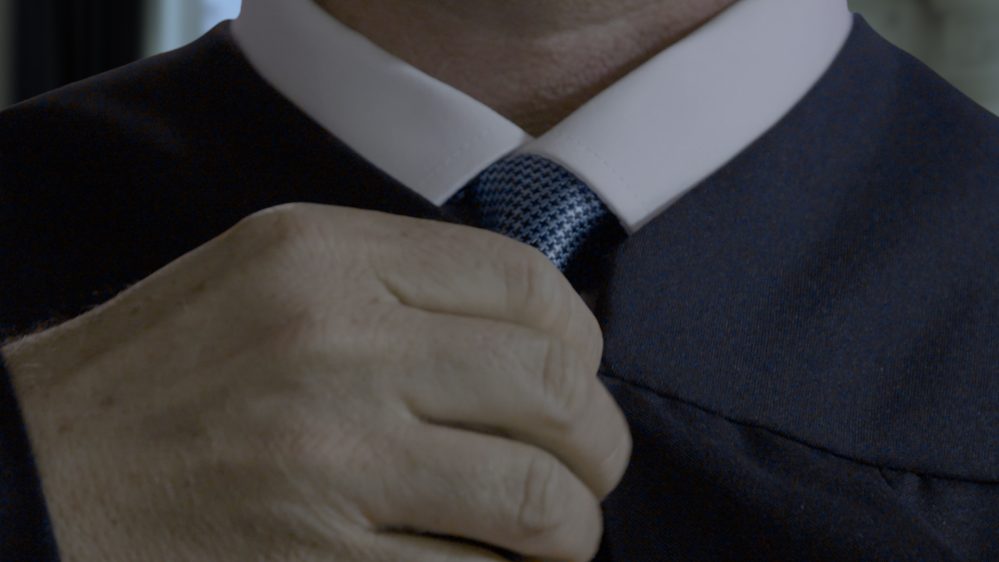 In “Justice,” the title’s double meaning is, of course, ironic. Amid all the systemic issues spotlit during the agonizing process of Brett Kavanaugh’s 2018 Supreme Court appointment — sexism, cronyism, partisanship, cowardice, mudslinging and good old-fashioned lying — justice was one quality largely absent. But it’s an irony that many would say is already present whenever the honorific “Justice Brett Kavanaugh” is used, and so if Doug Liman’s unimpeachably well-intentioned documentary — the first from a director known for slick, action-oriented Hollywood dramas — were to live up to its billing as an incendiary, top-secret, last-minute Sundance addition, it was surmised it must contain something more than we already know, some or other explosive new revelation.

Yet while Liman and writer-producer Amy Herdy deliver a painstakingly exhaustive lineup of talking heads, including psychologists, lawyers, journalists, a coterie of friends and associates of Kavanaugh’s accusers, and accuser Debbie Ramirez herself, actionable new evidence — the kind that might spur another, less compromised and less rushed investigation — is in short supply. Most promising are a few fragments of a recorded conversation from respected bipartisan lobbyist Max Stier, which seem not only to confirm Ramirez’s account but to imply that her experience at the Yale party where Kavanaugh allegedly exposed himself to her may actually have been worse than previously thought. Stier also outlines another case of Kavanaugh-involved sexual misconduct, but its power is dampened by the refusal of the alleged victim to let her name be used, and by Stier’s own odd refusal to participate in the film, despite presumably permitting the tape to be played.

Such redactions contribute to “Justice” being an entirely one-sided affair. It’s hardly surprising that Kavanaugh himself declined to appear, along with those supporters of his who were approached. But it does make the film an exercise in preaching to the choir, setting it at a vast remove from those people it might seek to convince. Not many who disagree with Liman’s underlying righteous anger will be likely to watch “Justice,” and no one who followed the hearings closely enough to share in its point of view will discover much they didn’t already know.

Formally, the movie is competent rather than inspired, mixing talking-head footage with standard-issue exteriors of relevant office buildings and representative public monuments. “Justice” is given what flow it has by Laura Karpman’s intrigue-laden, “Law & Order”-style score. It does have one odd flourish, though: a rather inexplicable first shot in which Liman himself appears on camera for the only time, settling himself onto an uncomfortable sofa in front of an interviewer whose face we don’t see. She asks him why he chose to tell this story — a question Liman never answers, either here or in the film that follows.

At some point in the exchange, however, we realize the interviewer is none other than Kavanaugh’s most famous accuser, Dr. Christine Blasey Ford. That Dr. Ford does not appear again onscreen, except in extensive excerpts from TV coverage of the hearing, is a pointed choice, perhaps a tacit admission that her credibility as a witness to her own attempted rape is not at issue. But if that sensitive omission suggests “Justice” will be less about the accusers than the accused, that’s misleading. A good part of the middle of the film is given over to Ramirez’s interview, during which the increasingly distressed woman walks through the incident again in detail so forensic as to seem intrusive, not least for jaded viewers thus forced to spend further minutes of their precious lives thinking about Brett Kavanaugh’s penis.

Perhaps the chief issue, though, is one of scope, with Liman, in the absence of a bombshell revelation, scattering his focus across victim advocacy, investigative follow-up, FBI exposé, and archival summary. Finally, only glancingly, he delivers a pen-portrait of Kavanaugh himself, from high school jock to family man to Associate Justice of the United States Supreme Court. It takes in all the man’s greatest hits, from “I like beer” to his reputation for “ralphing” being based on his “weak stomach” to his performative indignance at the hearings, accurately described by one commentator as “look how outraged my outrage is.”

At its best — like when it makes the clear case that Kavanaugh perjured himself during his confirmation when he claimed only to have learned of Ramirez’s accusation when he read about it in The New Yorker — “Justice” re-equips the anti-Kavanaugh side by pulling a more streamlined narrative from the blizzard of detail that threatened observers at the time with snow-blindness.

At its worst, the doc unnecessarily relitigates arguments about the believability of the accusers’ accounts. Do we really need to hear a clinical psychologist explain to us why the partial, fragmentary recall of instances of abuse is a hallmark of credible victim testimony and not, as it was made out to be by Republican questioners during the hearing, evidence of fabrication or misidentification? Despite its sincere attempt to reckon with a momentous and deeply consequential turning-point in modern US jurisprudence, “Justice” can provide no good reason why, just a few years later and without significant new news to justify it, we must retread the memory of a collective recent horror-show that is, in Dr. Ford’s famous words, already “indelible in the hippocampus.”