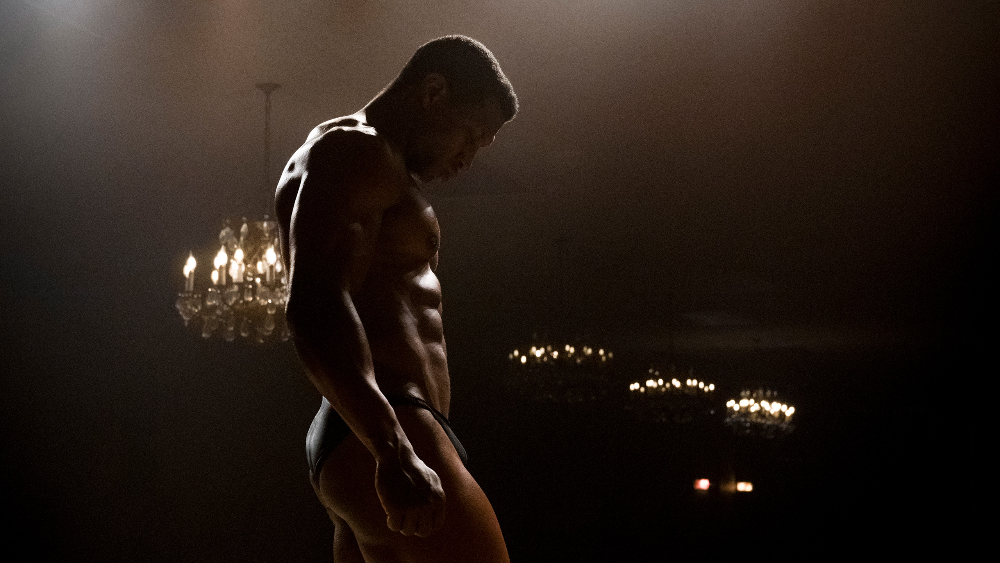 Writer-director Elijah Bynum drove the narrative about Killian Maddox, a steroid-guzzling, socially inept loner who can’t find success at his dream job. He finds even less in personal relationships, be it with his roommate and ailing grandfather, a perky store clerk (Haley Bennett) who seems open for more than friendship, or even a redemption-offering sex worker (Taylour Paige) who sees past his afflictions.

There’s a lot of homoeroticism in Killian’s obsession with his body and those of other bodybuilders — Majors is frequently seen naked or wearing little more than skimpy underwear.

The star power of Majors could attract buyers, but the film, with shades of “Joker” and “Taxi Driver,” is a challenging watch. There were a smattering of walkouts and many audiences members appeared to be looking away at intense moments.

Bynum says he came up with the idea for a character like Killian after a period when he returned to the gym, looking to get back in shape. While there he noticed a bodybuilder whose intensity made other people at the gym steer clear.

“What a peculiar way to move through the world, where you’re both feared and ignored at the same time,” Bynum found himself thinking.

After writing the script for “Magazine Dreams,” Bynum turned to Majors to bring Killian to life. Majors, best known for his turns in films such as “The Last Black Man in San Francisco” and “Devotion,” focused on tapping into the character’s humanity.

Paige, who last charmed Sundance with “Zola,” said the world premiere was the first time she’d seen the completed film. Choking back tears, she praised Majors and director Bynum for their efforts. A character like Killian, she said, was the result of a “lovelessness” in our culture.

“We have to take care of each other,” Paige said. “We’re so fragile and we’re kind of all walking this fine line of being okay, but we’re not always okay.”

“We can’t look away,” she added. “We have to walk each other home.”

The film’s premiere got off to a rocky start as volunteers refused to seat badge holders and ticket-buyers inside an empty Eccles Theater. Instead, indie film executives and agents were asked to wait in the snow in an overflow line. The screening started more than 30 minutes late.

“Magazine Dreams” is one of the strongest sales titles at this year’s festival. CAA Media Finance is representing the rights worldwide.