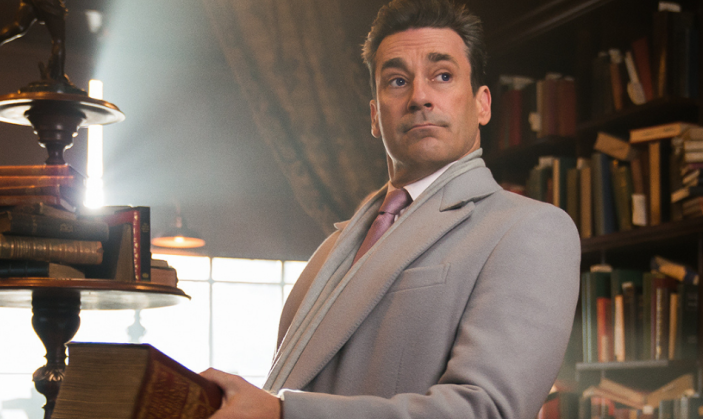 Jon Hamm was able to break into Hollywood and get established thanks to childhood friend Paul Rudd who was already working in the industry.

By Vic Medina
| Published 6 mins ago

If you’re a fan of actor Jon Hamm, you can thank Marvel superhero Ant-Man for ensuring the Mad Men actor had a career. In an appearance this week on The Howard Stern Show, Hamm recounted how his entry into Hollywood came courtesy of actor Paul Rudd, who was a friend of his from back home in the Midwest and gave him the contacts he needed to get an agent.

Their friendship dates back 30 years, and when Hamm came to Los Angeles to break into acting, Rudd (already an established actor), was more than willing to help.

“He’s always been that way,” Hamm says of Rudd’s helpful, good-guy persona, which is no act, he claims. He reconnected with Rudd when he moved out to California and asked for “just one phone number” of a person he could talk to in the acting business. Rudd gave him his former manager’s number, who in turn helped Jon Hamm get an agent.

At the time, Rudd had appeared in 1995’s Clueless and 1996’s Romeo + Juliet, and also worked as a DJ. He, Monday Night Football broadcaster Joe Buck, and Jon Hamm were all friends living in the Los Angeles area, but only Rudd had a “Hollywood career,” as well as long hair and a Duran Duran jacket, as Hamm recalled. Despite having an agent and going on a “million auditions,” Hamm had no success getting a single role, according to The AV Club.

That would all change in the 2000s, as Jon Hamm found steady work on shows like Providence, The Division, and What About Brian?, as well as small roles in films like Space Cowboys and We Were Soldiers.

It wasn’t long, however, before he was cast in Mad Men as Don Draper, and his career took off. Jon Hamm would appear in all 92 episodes of the series over seven seasons, earning eight Emmy nominations as Outstanding Lead Actor in a Drama Series. He would win his only Emmy in 2015, for his work in Mad Men’s final season.

He would score four more Emmy nominations for Outstanding Guest Actor in a Comedy Series, for his work on NBC’s 30 Rock and Netflix’s The Unbreakable Kimmy Schmidt. In the years since Mad Men, Jon Hamm has appeared in a number of hit films, including The Town, Sucker Punch, Baby Driver, Bad Times at the El Royale, Richard Jewell, and No Sudden Move.

This year, Hamm has jumped back into television for some limited appearances, including anew stint on Apple TV+’s The Morning Show, as well as FX’s Fargo and Amazon Prime Video’s Good Omens.

Jon Hamm is currently promoting his latest film, the reboot of the Chevy Chase comedy Fletch, titled Confess, Fletch. He also appeared in the biggest film of the year, Top Gun: Maverick, and he’s also been playing himself in a series of Progressive Insurance commercials. Meanwhile, his buddy Paul Rudd is about to complete his Ant-Man trilogy with Ant-Man and the Wasp: Quantumania, due in theaters in February of 2023.