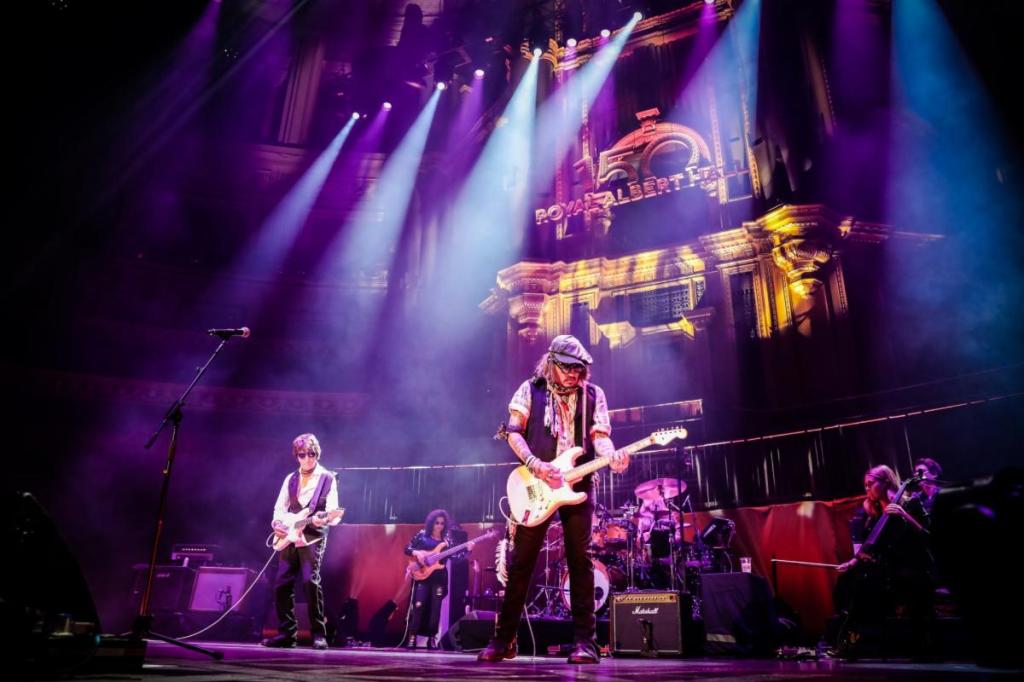 Johnny Depp and Jeff Beck have been accused of lifting lyrics for their song “Sad Motherfuckin’ Parade” from an obscure “toast” sung by an incarcerated man and documented and released by a folklorist in 1974, according to a report in Rolling Stone.

A large number of lyrics of the Depp/Beck song “18” are strikingly similar to lines from a toast — an often-profane form of Black folk poetry from years past — called “Hobo Ben” and apparently written by a man named Slim Wilson who was serving an armed-robbery sentence at Missouri State Penitentiary and documented by Bruce Jackson in his 1974 book about toasts, “Get Your Ass in the Water and Swim Like Me,” and a companion album. Wilson — whose name is a pseudonym — is not listed in the song’s credits.

In the toast, “Hobo Ben,” the man in the song’s title is at a party and says, “‘Ladies of culture and beauty so refined, is there one among you that would grant me wine?/I’m raggedy I know, but I have no stink/and God bless the lady that’ll buy me a drink.’/Heavy-hipted Hattie turned to Nadine with a laugh/and said, ‘What that funky motherfucker really need, child, is a bath.’”

“Sad Motherfuckin’ Parade” includes such similar lines as “I’m raggedy, I know, but I have no stink,” “God bless the lady that’ll buy me a drink,” and “What that funky motherfucker really needs, child, is a bath.”

Contacted by Variety, a rep for the duo did not immediately have a comment.

“The only two lines I could find in the whole piece that [Depp and Beck] contributed are ‘Big time motherfucker’ and ‘Bust it down to my level,’” Jackson told Rolling Stone. “Everything else is from Slim’s performance in my book. I’ve never encountered anything like this. I’ve been publishing stuff for 50 years, and this is the first time anybody has just ripped something off and put his own name on it.”