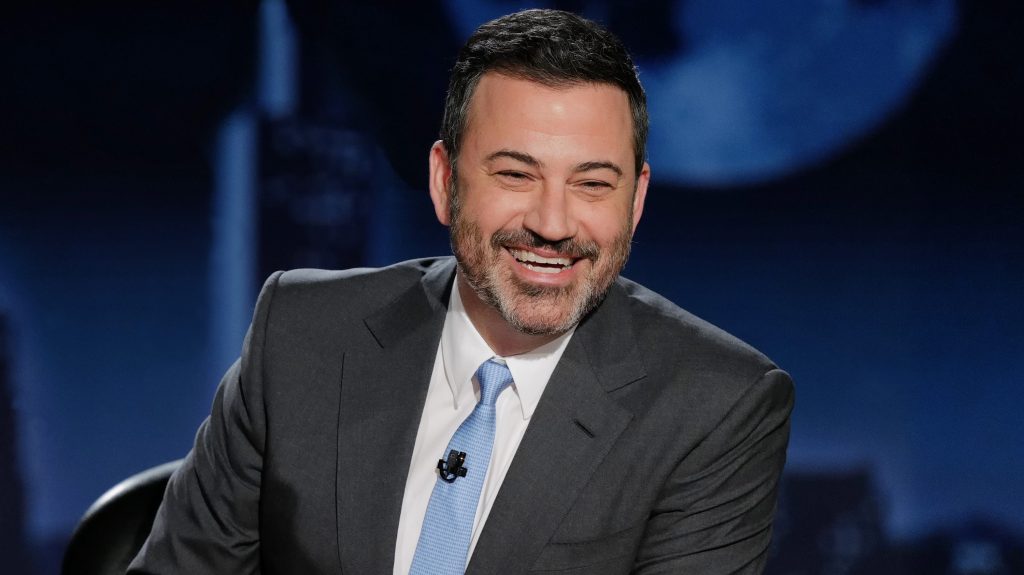 As he prepares to celebrate two decades in late night, Jimmy Kimmel has agreed to stick around for at least three more years. Kimmel announced on Tuesday that he would continue his run as host of ABC’s “Jimmy Kimmel Live!” through the show’s 23rd season, extending his contract — which was set to expire in the next year.

Kimmel has fronted “Jimmy Kimmel Live” as host and executive producer since 2003. “After two decades at ABC, I am now looking forward to three years of what they call ‘quiet quitting,’” he quipped in a statement.

News comes as Kimmel prepares to return to Brooklyn next week for the show’s sixth visit to the borough. This marks the first time “Jimmy Kimmel Live” has been back in New York since 2019 (before the COVID-19 pandemic put such trips to a halt, of course). The late night talk show will once again tape in front of a live studio audience at the Brooklyn Academy of Music’s Howard Gilman Opera House.

The news of Kimmel’s renewal comes as the late night space sees some shifts, following the cancellation of TBS’ “Full Frontal with Samantha Bee” and the dissolving of Showtime’s “Desus & Mero” partnership. “The Late Late Show with James Corden” host James Corden also announced plans to depart his CBS show next year.

“For 20 years, Jimmy Kimmel has been a huge part of the ABC family and the heartbeat of late-night television,” said Craig Erwich president, ABC Entertainment, Hulu & Disney Branded Television Streaming Originals, in a statement. “Not only has he entertained our audiences night after night with his sharp comedy, dynamic interviews and irreverent humor, but he has gotten us through some of the most momentous events in our history with optimism and heart. There is no one funnier and more authentic than Jimmy. We are so proud of the incredibly talented team at ‘Jimmy Kimmel Live!’ and could not be happier to continue our partnership.”

Since the show’s launch, Kimmel created some of the earliest viral video sensations, has bumped Matt Damon off his show nightly, has hosted the Oscars twice, and fronted the Primetime Emmys multiple times — including, most recently in 2020 in the midst of the pandemic.

The host had hinted in interviews in recent years that he may be looking at ending his show sometime in the near future. Kimmel most recently renewed his ABC contract in 2019 for three more years. At the time he told reporters that he had been “seriously considering” ending his ABC late-night show before then-ABC Entertainment president Karey Burke and Disney TV Studios bosses Dana Walden and Peter Rice convinced him to continue on with his show.

“I think I felt appreciated and that is important even if you have a job that people think of as a glamorous job,” Kimmel said in 2019 at the Television Critics Association summer press tour. “You still want to feel like your company is behind you and I do.”

In June, “Jimmy Kimmel Live” went on a roll, becoming the No. 1 talk show among adults 18-49 for several weeks. In the weeks of June 6 and June 13, “Kimmel” scored the two of the strongest weeks for any late-night talk show on any network so far this year in adults 18-49, according to ABC. “Jimmy Kimmel Live” also received another Emmy nom for variety talk series this year, the show’s twelfth.

Kimmel has also earned accolades for spearheading, along with Norman Lear and Brent Miller, the “Live in Front of a Studio Audience” franchise. The first two editions won Primetime Emmys for outstanding variety special (live), while the most recent installment, which took on “Diff’rent Strokes” and “The Facts of Life,” received an Emmy nomination this year.