Jennifer Coolidge Had The Room Right Across From Lenny Kravitz While Filming Shotgun Wedding, Admits She ‘Saw Everything’ 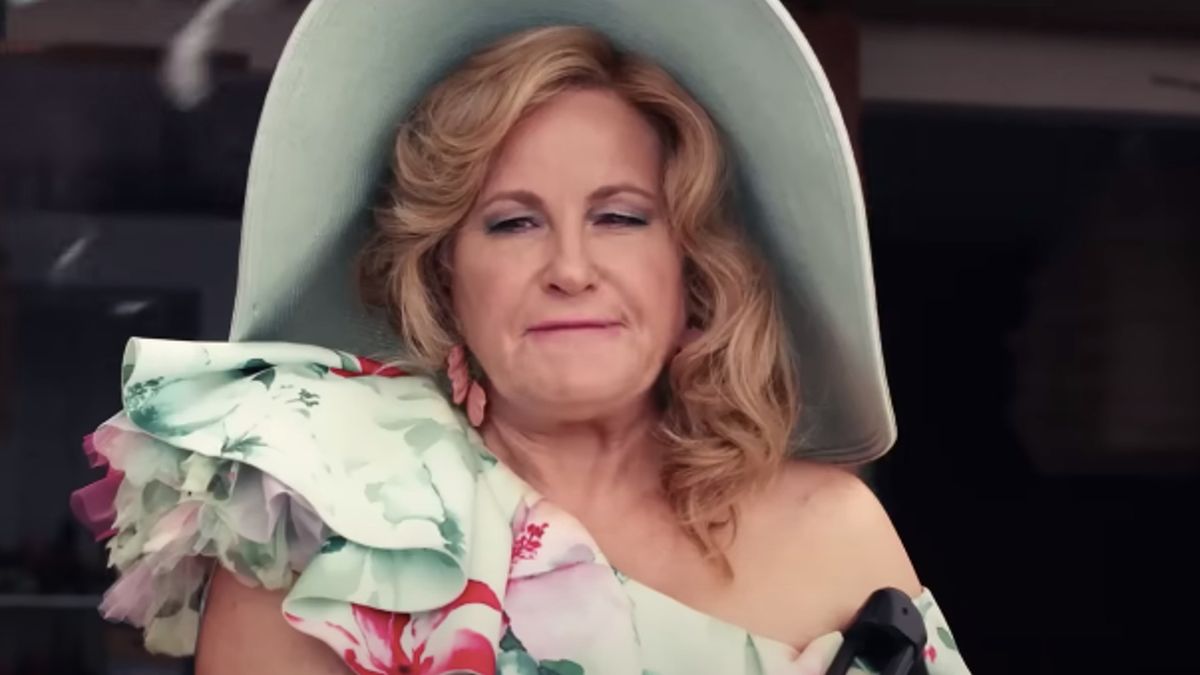 Leave it to Jennifer Coolidge to entertain us with her quirky way with words. This is the same actress who won the internet by saying she wanted to play “a dolphin” after all. The White Lotus actress has another funny story to tell us as she had a room right across from musician Lenny Kravitz while filming her next movie Shotgun Wedding where she admits she “saw everything.”

The action romantic-comedy Shotgun Wedding took place in the Dominican Republic. Its actress Jennifer Coolidge had a great view where she was staying, and I’m not talking about the sunset. According to Entertainment Weekly, Coolidge told Access Hollywood about witnessing “everything” that went down having a room right across from Lenny Kravitz’s apartment.

Looks like Lenny Kravitz has a new fan in Jennifer Coolidge! It’s only natural to want to know the man lair of a legendary musician who wowed audiences with songs like “Fly Away.” Other than being a rock star, he’s shown off his acting chops such as when he was cast as the Capitol stylist Cinna in The Hunger Games movies. You’ll have the chance to see him on-screen again in Shotgun Wedding as Sean, the ex-boyfriend of Jennifer Lopez’s character. The film’s trailer also shows us an armed Jennifer Coolidge literally fighting to protect her family after being taken hostage by gunmen who invaded the destination wedding of her son and his fianceé. Here’s an interesting fact: the Emmy Award-winning actress is only 11 years older than Josh Duhamel, who plays her son. You’d never know based on what’s shown in the trailer, would you?

Jennifer Coolidge continued to talk about how she really enjoyed working with the entire cast in the Dominican Republic which, according to the comedic actress herself, is “a very sexy place to go to make a film.” The stars of this movie, Jennifer Lopez and Josh Duhamel, were literally tied together so much throughout the movie and had a blast. Duhamel truly was the hero this movie needed after replacing controversial actor Armie Hammer. Duhamel felt it was “a dream” to work with Lopez and one of the most fun experiences he had making this movie. Any movie that allows you to venture into an exotic Caribbean location of beaches and deserts will always be filled with moments worth remembering.

The reviews for Shotgun Wedding have been pretty mixed. Positive reviews have praised the cast and the film’s comedic moments with Jennifer Coolidge being a real standout. Our own Corey Chichizola said in CinemaBlend’s review that its humor and great action are a nice start for our year of movies. However, other critics felt the movie was very “average” with underdeveloped characters and its best moments told in the trailer. This might be the type of movie where you watch it knowing it may not be the best movie of the year, but still entertaining, to say the least.

The Legally Blonde actress scored many benefits working on the movie Shotgun Wedding, including the excellent view of her co-star’s apartment. You can watch her gun-wielding talents shine through in Shotgun Wedding coming to your Amazon Prime subscription on January 27th.