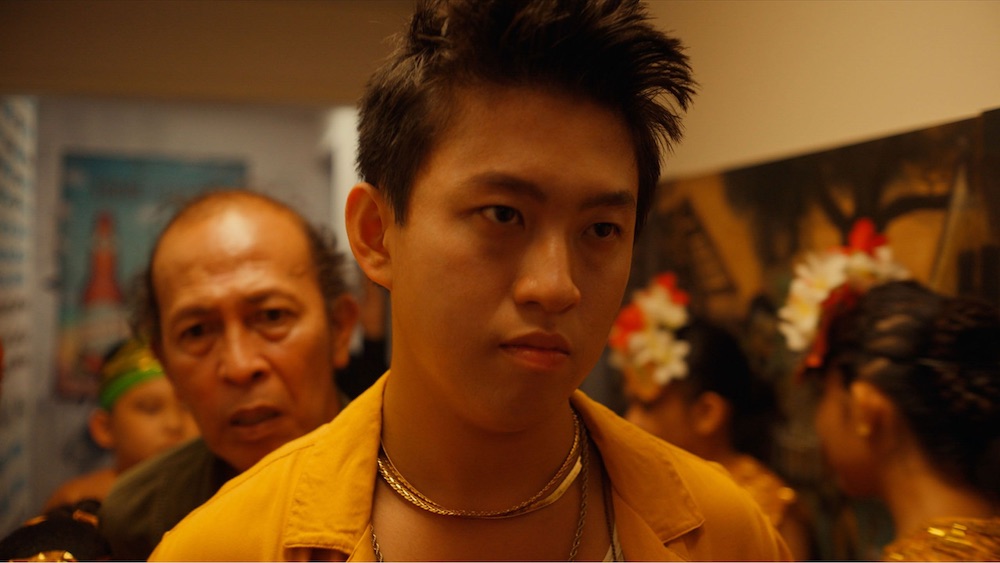 Age-old stories of entertainment industry corruption and suffocating stage-parenting are given a freshly off-kilter perspective in writer-director Justin Chon’s “Jamojaya,” which zeroes in on a few days in the life of a rising Indonesian rapper as he attempts to cut professional ties with his former manager, who also happens to be his father. In many ways a bigger, flashier and more slippery companion piece to Chon’s memorable 2019 Sundance feature “Ms. Purple,” “Jamojaya” is elevated above its familiar narrative paces by sensitive camerawork and a pair of intriguing performances, and its suggestion that showbusiness ambitions and family ties don’t so much collide as unravel on parallel tracks.

The film debut for Jakarta-native rapper Brian “Rich Brian” Imanuel, who rocketed to sudden viral fame back in 2016, “Jamojaya” casts him as James, a young MC who finds himself in the aftermath of a similar scenario. With enough heat on his name to attract the attention of American record labels, James has just signed a deal and set up shop in a luxe beach house in Hawaii to record his debut album. He has a new manager, the no-nonsense Shannon (Kate Lyn Sheil). A pretentious, high-profile director (Chili Pepper Anthony Kiedis, obviously enjoying himself) is on tap to direct his first music video. And a coterie of producers, assistants and opportunistic hangers-on have assembled around him, whether he wants them there or not.

Also lingering around the premises is Joyo (Yayu A.W. Unru), James’ elderly, hyper-attentive father, who guided his son’s career until being publicly fired during an Indonesian TV interview. From a purely careerist perspective, you can see why James might have sought other management. Joyo knows virtually nothing about navigating the U.S. music business, for one. And while James is adept enough at code-switching to carefully swim with the school of industry sharks that suddenly surrounds him, Joyo sticks out like a sore thumb, at least when he isn’t being mistaken for a waiter.

For the entirety of the film, Joyo is perpetually on the verge of flying back to Indonesia so James can focus on his album, but James hardly seems surprised to see him back in the house every morning, usually lugging a plastic bag of foraged fruit. As the film elliptically unfolds, we get progressively deeper glimpses at their shared past, with the recent death of James’ older brother hanging heavily above every conversation. Working from a script he wrote with Maegan Houang, Chon continually casts new shades of grey on their relationship. For all his resolve to take charge of his own life, James’ hesitancy to follow through on his many ultimatums to his father seems to be more than simple filial piety at work. And while his bumbling attempts to re-insert himself into James’ career repeatedly threaten to sabotage it, Joyo is also the only one asking several important questions. Like, who is paying for James’ swanky beach house, anyway?

Imanuel acquits himself well during his first outing in front of the camera — if James’ inner life sometimes seems a bit hazy, that’s fitting for a young man who knows he’s on the cusp of realizing a dream, while growing increasingly unsure if that dream is actually his anymore. But it’s the performance from Indonesian veteran Unru that worms its way under your skin. His almost reflexive self-abasement in front of the American music executives invites deep pathos, and his all-consuming love for both of his sons is rendered in heartbreaking vividness. But you can also see how cannily he employs these attributes to keep himself in James’ orbit.

“Jamojaya” is more tonally diffuse than Chon’s previous films, stringing together serio-comic vignettes of hip-hop star ennui with sometimes-lyrical-sometimes-clumsy voice-over interludes. For all its streamlined efficiency—we never waste time recapping James’ rise to fame, but we don’t get much sense of his ambitions as an artist either—the film hangs together loosely, united in large part by DP Ante Cheng’s wonderfully intuitive camerawork. Equal parts dreamlike and gritty, the film’s visual style casts Hawaii as a gorgeous, ethereal sort of purgatory, and if James can’t escape it with both his career and his family intact, perhaps neither were ever built on solid ground to begin with.