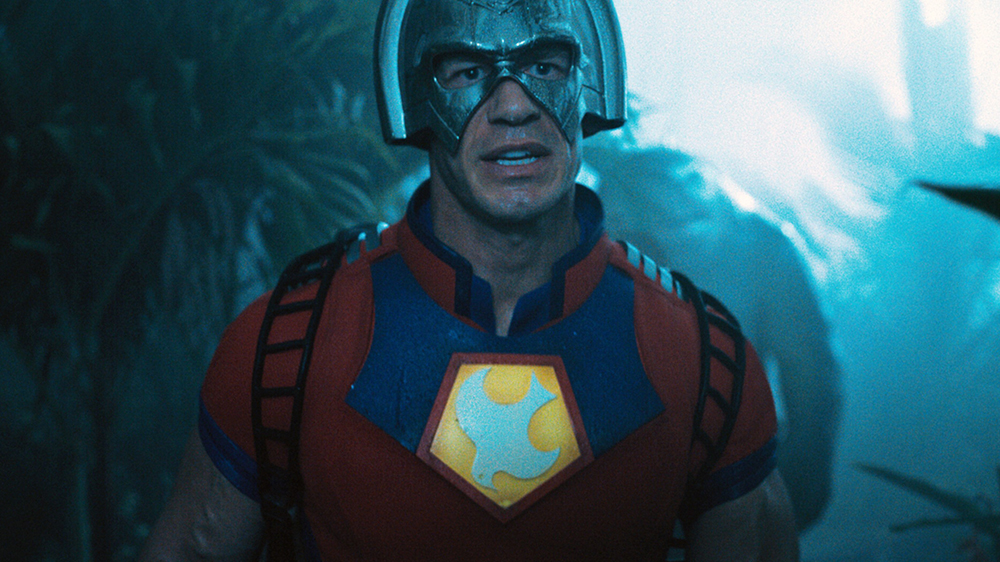 James Gunn is assuring DC fans that “Peacemaker” Season 2 is in fine shape at HBO Max, despite the recent news that Warner Bros. has killed “Batgirl” from being released either on the streamer or in theaters. “Peacemaker,” a spinoff of Gunn’s movie “The Suicide Squad,” starring John Cena in the title role, was a big hit for HBO Max when it debuted at the start of 2022. A second season was officially announced in February.

“Is ‘Peacemaker’ Season 2 safe?” asked one fan on Twitter following the news of “Batgirl’s” demise. Gunn answered, “Yes, guys, calm down.” The director later posted a behind-the-scenes photo from the “Peacemaker” Season 2 set. The image shows actor Jennifer Holland, who plays Emilia Harcourt on the show, eating a salad with movie prop blood all over her face. The takeaway is that “Peacemaker” Season 2 remains in production and all is going according to plan.

Viewers have been left to question the future of HBO Max as rumors continue to circulate about the streamer’s eventual merger with Discovery+. The recent decision to axe “Batgirl” and quietly remove other Warner Bros. films off the streamer have led many to wonder if HBO Max is in turmoil. There’s also been rumors that HBO Max will be cutting back on scripted programming. As far as Gunn is concerned, “Peacemaker” is “safe” and moving ahead with Season 2.

Sources told Variety the decision to kill “Batgirl” had nothing to do with the quality of the film, but was due to the desire for the studio’s slate of DC movies to be at a blockbuster scale, which “Batgirl” was not, as it was originally conceived specifically for HBO Max. However, a driving force behind the decision to axe the movie was also tax incentives.

Gunn’s “The Suicide Squad” debuted in theaters and on HBO Max on the same day in August 2021. The film earned strong reviews, with Cena then leading the “Peacemaker” spinoff series in January 2022. Gunn spoke to Variety after the first season ended in February to tease what was in store for Season 2.

“I know where ‘Peacemaker’ starts and where he ends, but I’m playing with other ideas around that and how that’s gonna play out,” Gunn said at the time. “John and I did not agree to a second season off the bat because we wanted to make sure this is something we really love doing that we really wanted. That’s why it’s being announced now, because we had to work everything out. I didn’t agree to a second season just off the bat, it wasn’t a matter of like, okay, we’re picked up. It’s a matter of I just wanted to make sure it was really something I wanted to do.”

The first season of “Peacemaker” is now streaming on HBO Max.