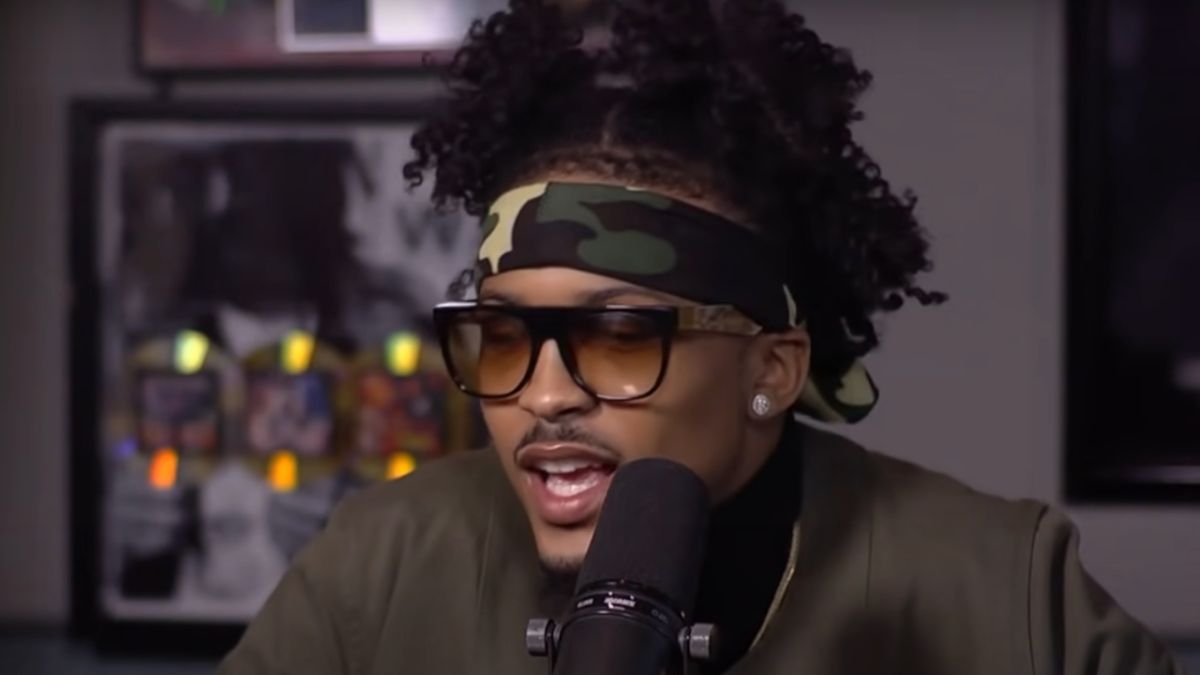 Long before Will Smith slapped Chris Rock live on stage at the Academy Awards over a joke about Jada Pinkett Smith, the celebrity couple was making headlines. For about as long as the two have been together there has been gossip surrounding their marriage, and now another person tied to the Smiths, August Alsina is back in the headlines after coming out.

Alsina may be best known to those that don’t know his music as the man who was involved in an “entanglement” with Will Smith and Jada Pinkett Smith. Pinkett Smith and Alsina apparently were engaged in a relationship previously, something that Will Smith was aware of and allegedly was ok with. Alsina’s previous public relationship is likely the reason many have been surprised by the singer’s recent reveal that he has a boyfriend.

August Alsina is appearing on the current season of VH1’s The Surreal Life and it was there, over the closing credits of the most recent episode, that Alsina revealed his relationship status. A video of the episode was posted to Twitter and has since gone viral.

Since this revelation was made in the final moments of the show, literally as the credits rolled, little detail was provided. Alsina says that even he found the place where he found love to be surprising. Based on replies to the tweets, there are a lot of people who were equally surprised, though just as many are supportive.

Other replies do make reference to Alsina’s interaction with the Smiths. While the “entanglement” between the three stars was a major topic of gossip, little has ever been all that clear about what went on. Alsina mentioned the relationship in one of his songs, but certainly not in any way that explained anything. There was a rumor at one point earlier this year that Alsina was going to write a book that would include details of the relationship, but the singer denied those claims.

Even the word entanglement took on a life of its own. Will Smith was blocking fans on Instagram for using it. The couple would laugh it off when it was used in their presence as Laverne Cox did at the SAG Awards this year. In fact the only thing that really stopped the talk about the couple’s personal relationship was the Oscars slap that, while it kept attention on the pair, changed the narrative of that attention significantly.

At the end of the day what happened between these three is their own business. Will Smith says there has been no infidelity in their relationship and it’s ultimately their issue even if there was. In the end, one hopes that everybody is happy in whatever relationship they are in. Alsina certainly seems to be happy now.

Facebook
Twitter
Pinterest
LinkedIn
Email
2022-11-22
Previous Post: Bones And All Reviews Are In, See What Critics Are Saying About Timothée Chalamet’s Cannibal Romance
Next Post: Jerry Bruckheimer Sets The Vomit Scene After Explaining Tom Cruise Insisted Top Gun: Maverick Do Everything ‘For Real’