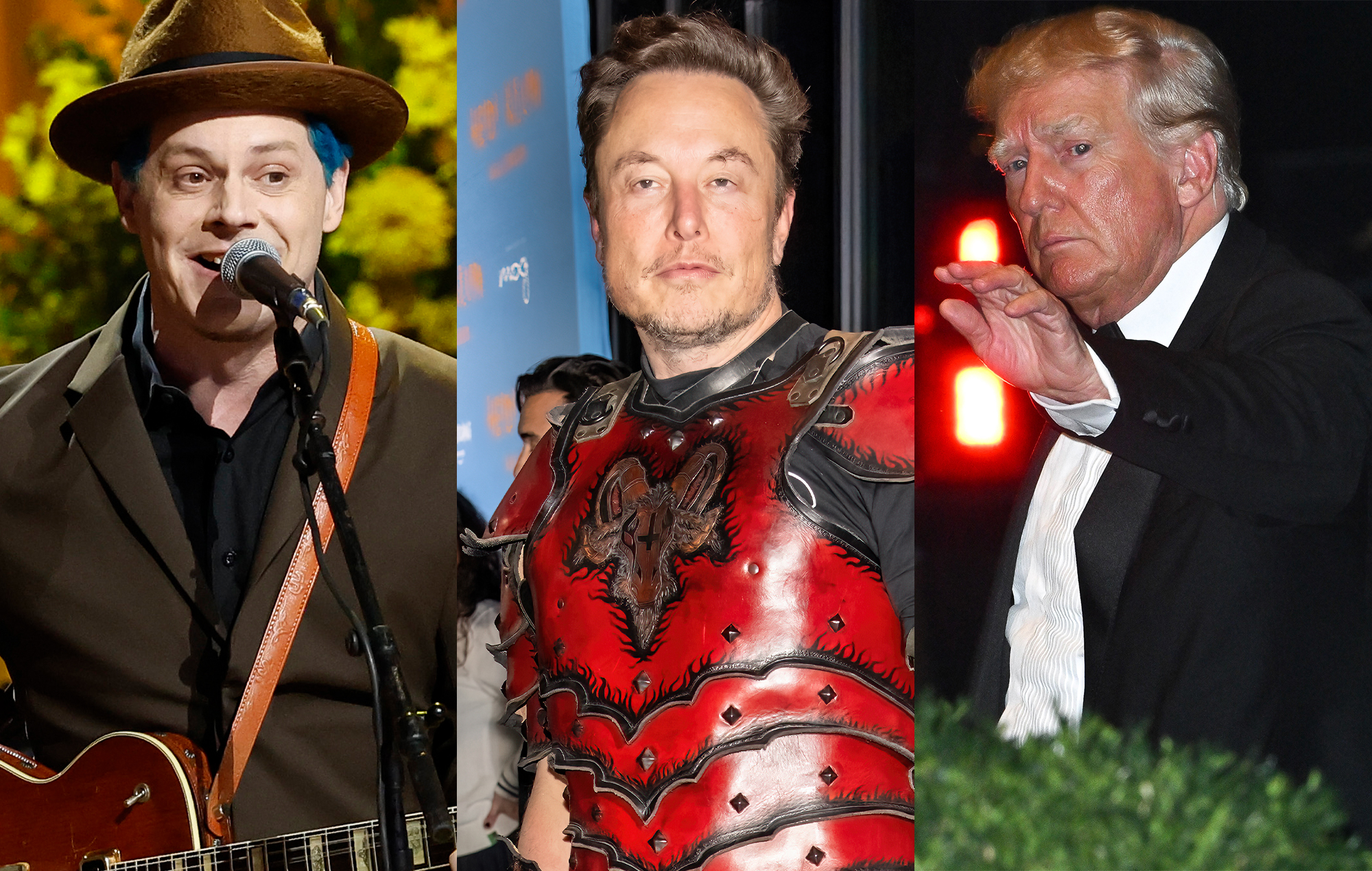 Jack White has joined the growing cohort of celebrities hitting out at Elon Musk for making a problematic move as Twitter’s new owner.

White has specifically taken issue with Musk’s decision to reactivate Donald Trump‘s account on the platform – the former US President was formally banned on January 8, 2021, two days after his supporters violently stormed the US Capitol building. Trump had long been criticised for using Twitter as a platform for extremist far-right views and hate speech; in the wake of his ban, it was reported that misinformation on the platform had ebbed dramatically.

Shortly after he acquired Twitter in April, Musk told his supporters that he would reinstate Trump’s account. Now, after holding a poll on the site, the controversial billionaire – who is also the owner of Tesla and SpaceX – made good on his promise.

Responding to the news in a post on Instagram, White slammed the move as “absolutely disgusting” and “an asshole move”. He addressed Musk directly, imploring him to “be truthful” and “tell it like it is” – that “people like [him] and Joe Rogan (who gives platforms to liars like Alex Jones etc.)” are financially incentivised to throw their support behind figures spreading hate speech.

“You come into a ton of money, see the tax bill, despise paying your fair share, and then think moving to Texas and supporting whatever Republican you can is going to help you keep more of your money,” White continued. “You intend to give platforms to known liars and wash your hands like Pontius Pilate and claim no responsibility?

“Trump was removed from Twitter because he incited violence multiple times, people died and were injured as a result of his lies and his ego (let alone what his coup did to attempt to destroy democracy and our Capitol). And how about the division and the families broken apart from his rhetoric and what it did to this country[?]

“That’s not ‘free speech’ or ‘what the poll decided’ or whatever nonsense you’re claiming it to be; this is straight up you trying to help a fascist have a platform so you can eventually get your tax breaks. I mean, how many more billions do you need that you have to risk democracy itself to obtain it?”

White went on to note that he “supported the hell out of” Musk in his role at Tesla – noting that the entrepreneur “did a lot of amazing things” with the company and “deserve[s] a lot of compliments in that department” – but by reactivating the accounts people who were banned from Twitter for inciting hatred (in addition to Trump, Musk has thus far unbanned the likes of Jordan Peterson and The Babylon Bee), Musk has “gone too far”.

The artist claims that Musk is “now using [his] power to promote horrible, violence inducing liars, who are taking the country and the world backwards and endangering the democracy that made [him] rich and successful in the first place”.

Using his own Third Man Records label as an analogy, White continued: “I am a believer in free speech, but for example I’m not about to let the KKK hold a rally at our record label’s performance stage. That’s one of the platforms we control and have a say in, it’s not [a] town square operated by the government. And if I owned a gas station, I wouldn’t be selling the KKK gasoline to burn crosses either and then wash my hands as if I didn’t help facilitate hatred.”

In closing, White wrote to Musk that the latter “took on a big responsibility with [his] purchase, and ‘free speech’ isn’t some umbrella that protects [him] from that”.

See the full message below:

Musk has been widely criticised for his questionable actions at Twitter, which he officially took over in October. Among the dozens of stars to hit out at him are Kathy Burke, Stephen Fry, The Strokes’ Julian Casablancas, comedy band SpitLip and Trent Reznor.

Twitter itself is rumoured to collapse imminently; over the last few weeks, Musk has laid off thousands of employees, and advertisers have begun fleeing the platform in droves. Within days of Musk’s takeover, too, hate speech on Twitter reportedly spiked – use of the N-word, for example, increased by nearly 500 per cent within 12 hours.