‘In My Mother’s Skin’ Review: A Gory Slice of Filipino Folklore Makes a Strong Impression 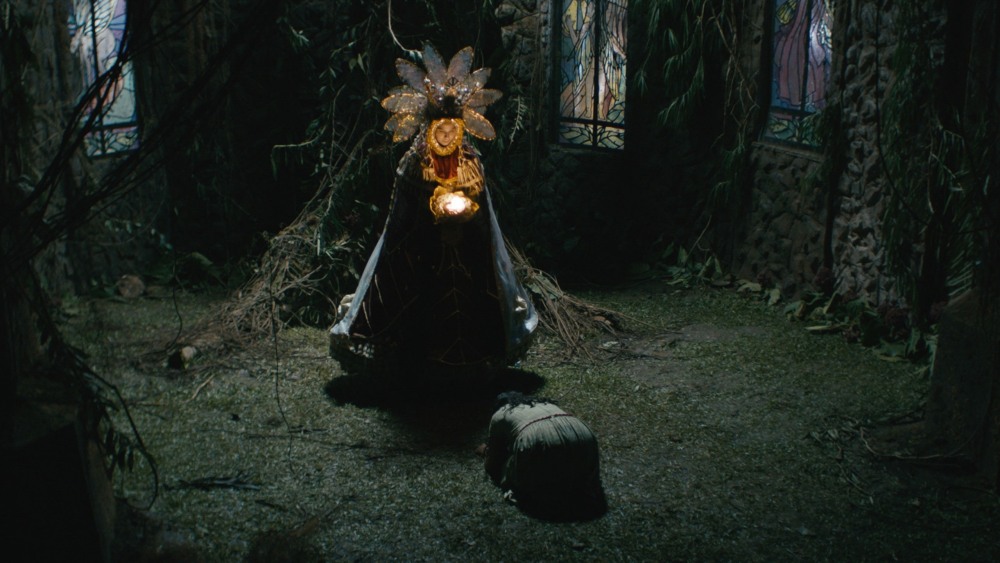 Folklore and horror are often two sides of the same coin. Genre filmmakers the world over have either drawn from or created local myths to jangle the nerves of their audience, from “The Wicker Man” in Britain and “The Blair Witch Project” in America to “La Llorona” in Guatemala and “Kwaidan” in Japan. For the latest evidence, look no further than the Philippines and “In My Mother’s Skin” — already picked up by Amazon ahead of its Sundance Mdnight premiere. Writer-director Kenneth Tagatan’s second feature after 2018’s “Ma” (no relation to the Octavia Spencer picture) takes place in the waning months of World War II, as Japan’s occupation of the Philippines is nearing its (un)merciful end. Though that watershed conflict is mostly confined to the background, the film’s very first line of dialogue makes it clear that political and supernatural horrors shall intermingle: “Did you hear about the baby that was bayoneted in Manila?”

Judging by the near-palatial estate where most of the film takes place, things must have been quite good for 14-year-old Tala (Felicity Kyle Napuli) and her family before the war. They have a live-in servant (Angeli Bayani) and are situated amid a lush forest, but everything is deteriorated by the time we meet them — not least because her father has been accused of stashing Japanese gold somewhere on the property and is forced to leave his wife and children behind to try and make good. Their secluded mansion feels haunted from the moment we step foot in it, always dimly lit as we see their faces reflected in mirrors rather than head-on. With food growing scarcer by the day, Tala and her brother Bayani (James Mavie Estrella) are sent to forage by their ailing mother Ligaya (Beauty Gonzalez) one day. What they find is not edible.

A western analogue might be something like Hansel and Gretel, with the young siblings wandering into a seemingly abandoned house in the forest, oblivious of the evil within. But Tagatan’s vision is darker still. There are overgrown plants, stained-glass windows and, eventually, a fairy (Jasmine Curtis-Smith) who initially appears friendly. “Those of pure innocence are the only ones who can find this place,” this unnamed being tells Tala in an attempt to calm her nerves. Though skeptical, Tala believes her — ignorant of the fact that the winged insects who tell this fairy everything she knows are the same ones we just saw swarming a bloated corpse.

Somewhere between a genie and a shapeshifter, this fairy is above all else a deceiver. As long as Tala listens to her, she offers to solve all the girl’s problems — including, most importantly, a cure for her mother’s failing health that may come at the cost of Ligaya’s humanity. The flesh-eating gore that follows is extreme but never gratuitous, and quite possibly preferable to whatever’s happening in the war somewhere beyond the treeline. Those horrors are alluded to, but never shown.

“In My Mother’s Skin” isn’t all blood and guts. Its dreamy ambience is evocative of childhood fairy tales, the dark origins of which most of us didn’t realize until adulthood. Coincidentally or otherwise, there are shades here of Guillermo del Toro’s “Pan’s Labyrinth,” as well as the work of Apichatpong Weerasethakul: “In My Mother’s Skin” finds a rare sweet spot between story-book nightmare and historical allegory.

No less impressive than Tagatan’s direction is Russell Morton’s cinematography: Much of “In My Mother’s Skin” takes place at night, with Tala and her family bathed in pale moonlight that’s as unsettling as it is gorgeous. There’s a softness to the visuals that emphasizes the characters’ vulnerability, constantly reminding us that whatever might be lurking in the shadows is perfectly capable of burrowing under their skin and piercing their flesh — a fate that befalls more than one of them. It’s a reminder to be careful what you wish for, especially when the one offering to grant those wishes isn’t human.