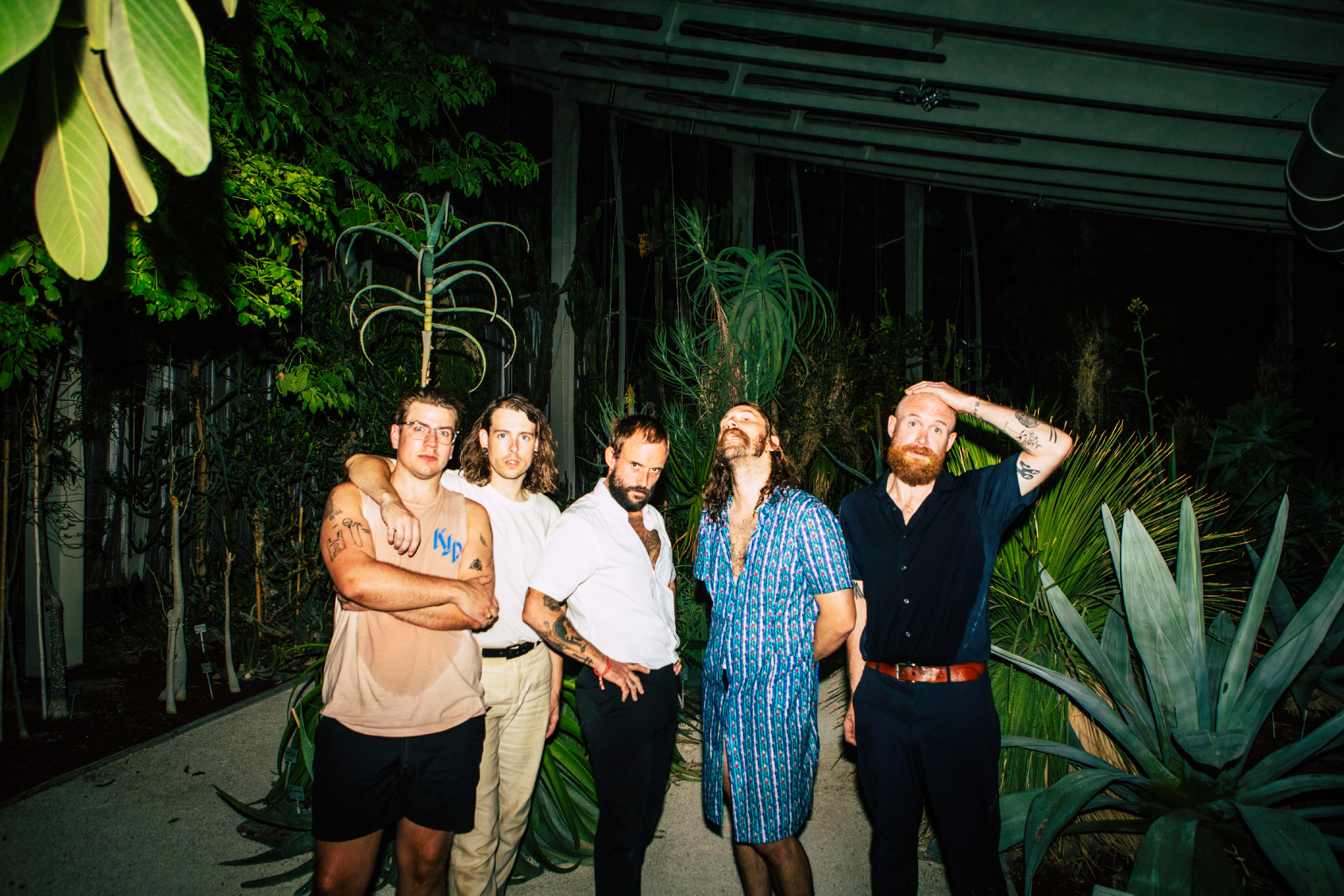 British punks Idles offer a visual metaphor for the drudgery of a life spent living and working within a ceaselessly churning machine in the new music video for “Stockholm syndrome.”

Directed by Charlotte Gosch, the clip follows two young kids who stumble upon a strange scene in the desert: A mysterious troupe wearing all-black outfits and masks, passing large pink rocks back and forth in a strange, mesmerizing, practically choreographed way. The clip ends suddenly with the two kids finding themselves trapped in the center of this bizarre process.

In a statement, Gosch and Idles guitarist Lee Kiernan said, “The initial idea of the video was to try and visualize the monotony hell of having to work to survive and how the ‘machine’ eventually engulfs you and strips you of your freedoms. But we wanted to achieve this in a metaphorical way that kept the meaning as open as possible. So it becomes rather a visual representation that can be read in many different ways.”

“Stockholm Syndrome” appears on Idles’ most recent album, Crawler, which arrived last November. The band is set to launch a North American tour in support of the album later this month, starting with a set at the This Ain’t No Picnic festival in Pasadena, California, taking place on Aug. 27 and 28. The run will wrap on Sept. 17 at Roadrunner in Boston.