How James Cameron’s Avatar Franchise Was Surprisingly Influenced By Madonna 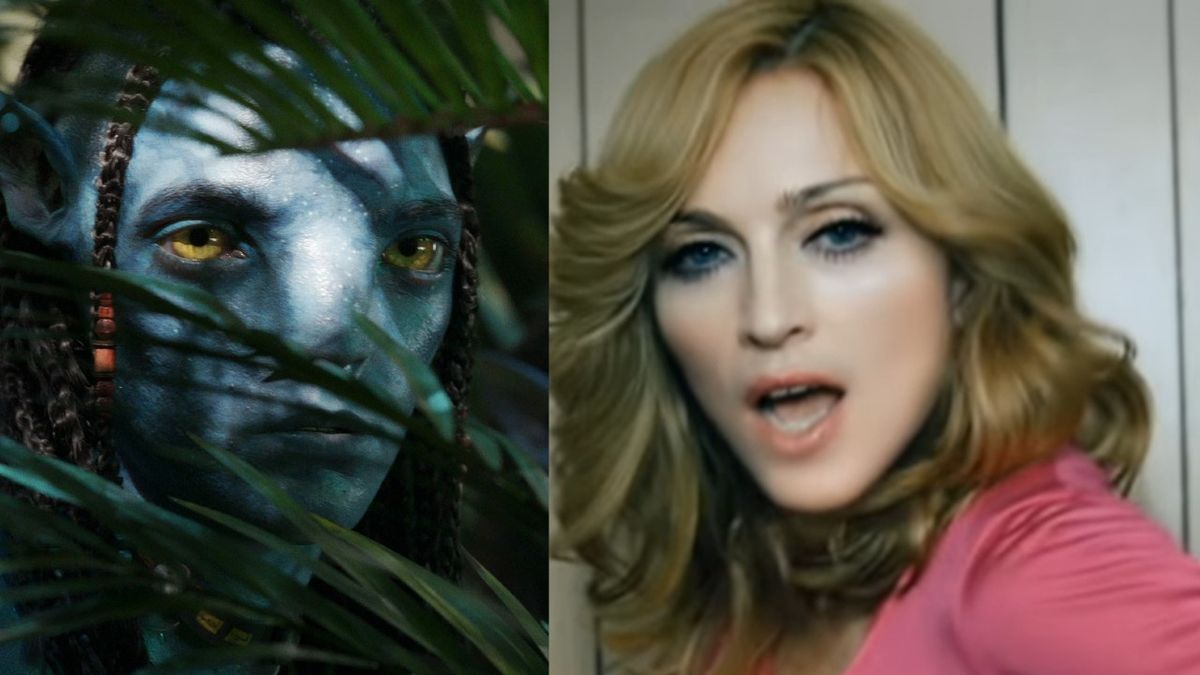 The influence of pop music icon Madonna knows no bounds. She’s seemingly affected every inch of pop culture, from music to fashion to film. While her movie career has been on ice in recent years, others involved in the film industry have found inspiration from the pop singer. One of those people who’s looked to the Grammy winner is actually Oscar-winning director James Cameron, and he did so when he began filming the Avatar franchise. But how did the singer influence the sci-fi film series?

When crafting the world of Pandora, it was James Cameron and his crew’s intention to create a marriage between human emotion and animation. Before production on the Oscar-nominated film began, the team had studied past motion capture-reliant films, including The Polar Express, to see what worked and what didn’t in those movies. Cameron’s producing partner, Jon Landau, revealed that making the 2009 film was about capturing realistic facial expressions. The lack of emotion glimpsed in other productions spurred Landau and Cameron to seek out the pop performer’s concert performances. The Hollywood producer spilled to NYT how watching Madonna’s performances influenced the fantasy epic:

Who knew the pop star was (unintentionally) responsible for motion capture’s advancement? If the “Like a Virgin” singer is known for one thing (outside of churning out catchy pop songs), it’s putting on energetic and much-talked-about performances either during award shows or concerts in packed stadiums. The Grammy winner does full choreography while singing live and interacting with her audience, so one can understand why the filmmakers would look to her as a model for what’s possible with motion capture.

When released over a decade ago, Avatar was praised for capturing the actors’ realistic facial expressions. This development was a revolution at the time after multiple films, including Beowulf and The Lord of the Rings: The Two Towers, used the technology to varying degrees of success. Using images of the actors allowed the animation team to keep Na’vi’s distinctive look without losing the emotions they convey. James Cameron spoke about the movie changing the landscape by amping up the number 3D films that get released. And on September 23, the game-changing film returns to theaters ahead of The Way of Water‘s release.

Believe it or not, making the OG film wasn’t easy for James Cameron, as he even had to play the Titanic card to resolve creative differences with the studio. His fight was worth it, as the sci-fi fantasy epic went on to become the highest-grossing film of all time (without being adjusted for inflation) and score multiple Oscar nominations. Now, 12 years after the first movie, the filmmaker knows Avatar 2 will work, and viewers’ overwhelming response to The Way of Water‘s teaser trailer is a solid indicator of its success.

The movie arrives in theaters on December 16 as part of the 2022 new movie release schedule, and one wonders if Madonna might hop over to a theater and check it out on the heels of this info being revealed.