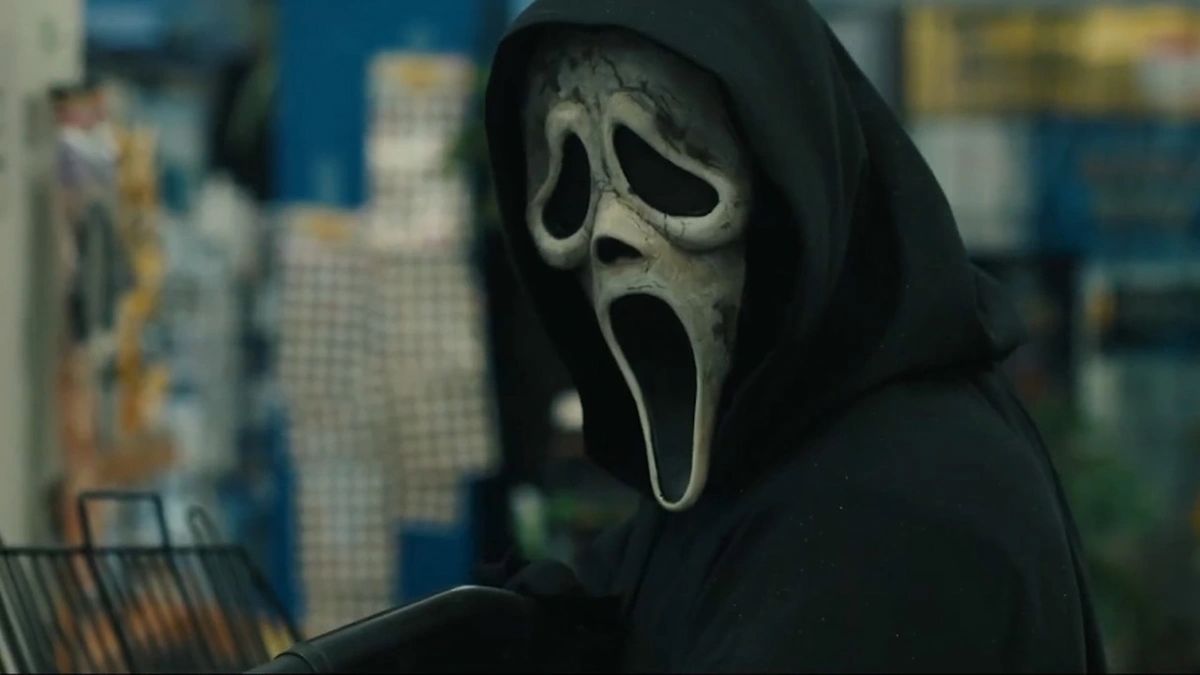 The Scream franchise returns this spring with the sixth installment, which will not only mark the first time Neve Campbell’s Sidney Prescott sits a movie out, but also Ghostface’s debut in New York City. That’s right, the iconic masked killer is expanding its murderous spree to the Big Apple, and as if that doesn’t remind horror fans already of one Friday the 13th movie, they noticed something else in the marketing that reminds one of Jason Voorhees.

Who can forget the 1989 movie Friday the 13th Part VIII: Jason Takes Manhattan, where the Crystal Lake killer escaped from his usual spot and headed to New York City? While Scream 6 is seemingly emulating that film with its concept, Twitter is also talking about this:

What is Jason Voorhees’ music doing over the title in the SCREAM 6 trailer? pic.twitter.com/WeZ5RsBlK5January 19, 2023

As a new Scream 6 trailer dropped Thursday morning, a few horror fans sounded off that the music in the background as the movie’s title card hit was reminiscent of Friday the 13th. The user is talking about the distinct sounds in the background that sounds like the main theme that plays for Jason Voohees when he’s on his own slashing spree.

Now, it’s worth noting that Scream in of itself was born from a pair of horror fans in the 1996 original movie, who undoubtedly were fans of the genre’s heavy hitters like Friday the 13th before creating Ghostface. As Matthew Lillard’s Stuart memorably said in the first movie: “Watch a few movies, take a few notes.” This has continued to be part of the Scream movies throughout as well.

Because horror fandom is in the DNA of its killer, Scream has free rein to reference just about any horror movie, and it very much feels like Jason Voorhees is getting a bit of a spotlight here for those who are really looking and listening. You can check out the official trailer for the next Scream here:

Our gears are already turning regarding who the heck Ghostface could be this time. As the end of Scream 5 set up, Melissa Barrera’s Sam Carpenter is the daughter of Billy Loomis, who was one of the first Ghostface killers. After she and her half-sister Tara (Jenna Ortega) decide to leave Woodsboro, they did not expect Ghostface to begin a killing spree outside the only town the murderer has only ever stalked.

Scream 6 is set to hit theaters on March 10. You can also get ready for a whole host of upcoming horror movies coming out in 2023 here on CinemaBlend.