Our guess is that retailers are trying to clear out their stock, which makes sense because the box is fairly large. This deal probably won’t be available for very long, so hurry if you’re interested. Considering that the standard edition of Horizon Forbidden West costs $70 for PS5, you’re only spending an extra 30 bucks to get all of the extras. Keep in mind that the Collector’s Edition comes with dual entitlement, so you can play both the PS5 and PS4 versions of the open-world game.

Here’s what you get with the Collector’s Edition:

The game earned an 8/10 in our Horizon Forbidden West review, and it is featured in our roundup of the best PS5 games. “It might be jam-packed with stuff to see, do, know, and remember, but when its many systems come together, it can be a beautiful, exciting, and delightful open-world experience,” critic Phil Hornshaw wrote. “The story that drives you through the frontier is often well-told and does well to center actual characters rather than audio logs, and while the map is littered with icons, it’s much more often that they’re fun, skillfully crafted diversions than random busywork to fill a checklist.” 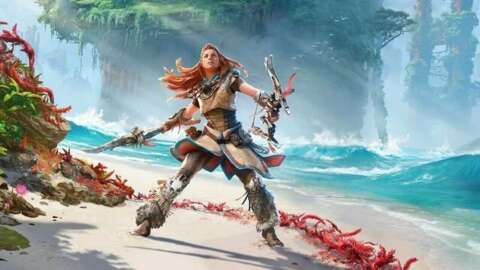