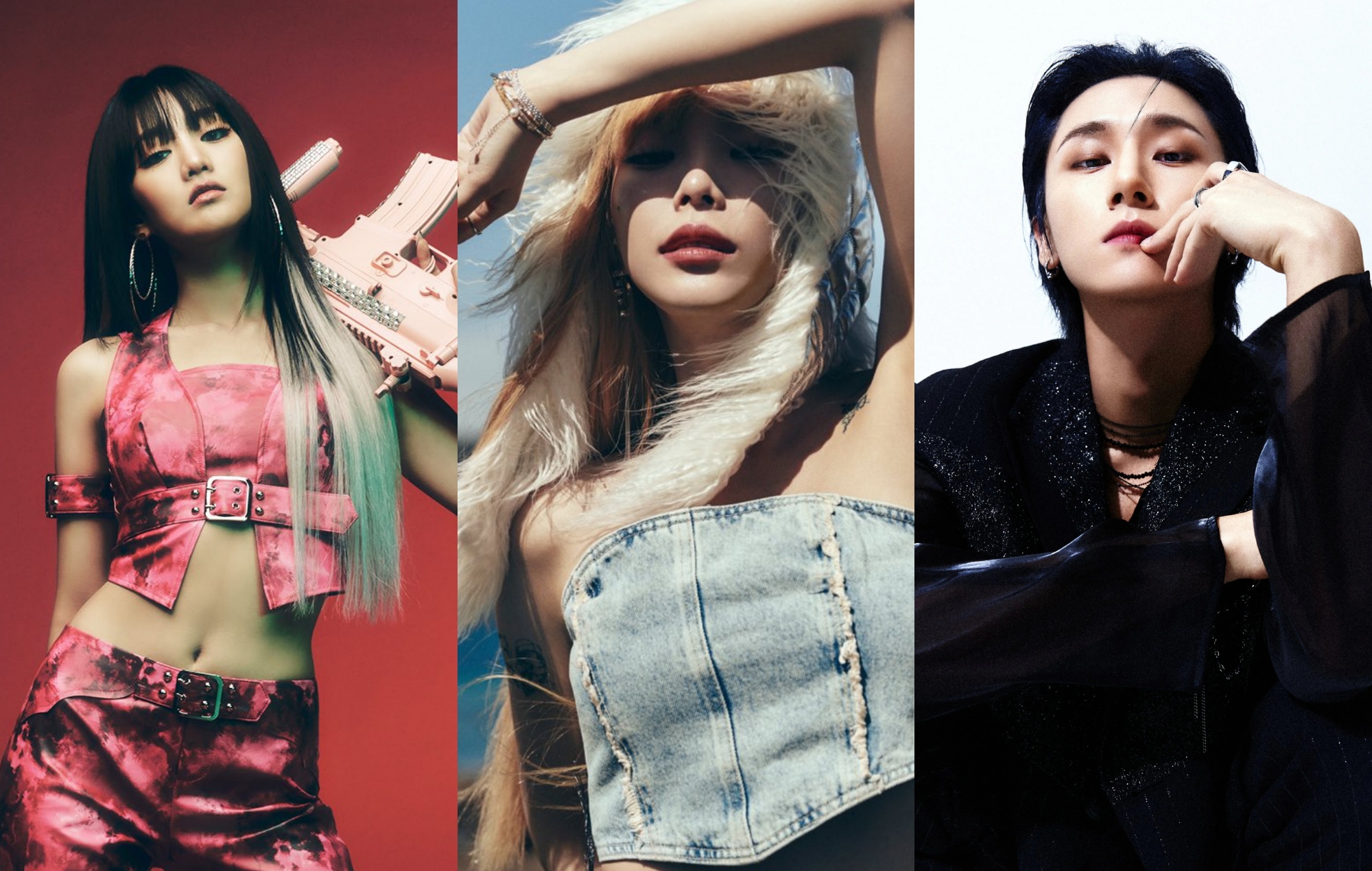 Heize has unveiled the track list for her sophomore studio album ‘Undo’, revealing upcoming collaborations with members of (G)I-DLE and MONSTA X.

On June 20, P Nation shared a graphic poster detailing the track list of Heize’s upcoming full-length album ‘Undo’, which is set to include 10 songs. Due out on June 30, the South Korean multi-hyphenate has enlisted several K-pop stars to feature on the record.

Joining her on the track ‘Thief’ is (G)I-DLE vocalist Minnie, while MONSTA X’s I.M will appear on ‘Distance’, which the K-pop also had also co-written and -composed with Heize. Other features include rapper Giriboy on ‘I Don’t Lie’ and soloist george on ‘Sad Ending’.

‘Undo’ will mark Heize’s second release of 2022, following her digital single ‘Mother’ in March. That project had been the follow-up to her seventh EP ‘Happen’ from May 2021, which had been her first release under Psy’s entertainment agency, P Nation.

In late April, MONSTA X dropped their 11th mini-album ‘Shape Of Love’, which was led by the title track ‘Love’. The six-track record was initially due out on April 11, but was later delayed after several members of the group caught COVID-19 in the weeks leading up to the release.

Meanwhile, (G)I-DLE ended their year-long hiatus back in March with their first-ever studio album ‘I Never Die’, which spawned the single ‘Tomboy’. In a review of the record, NME’s Tanu I. Raj had described it as a “revelatory experience”, and awarded it four stars.