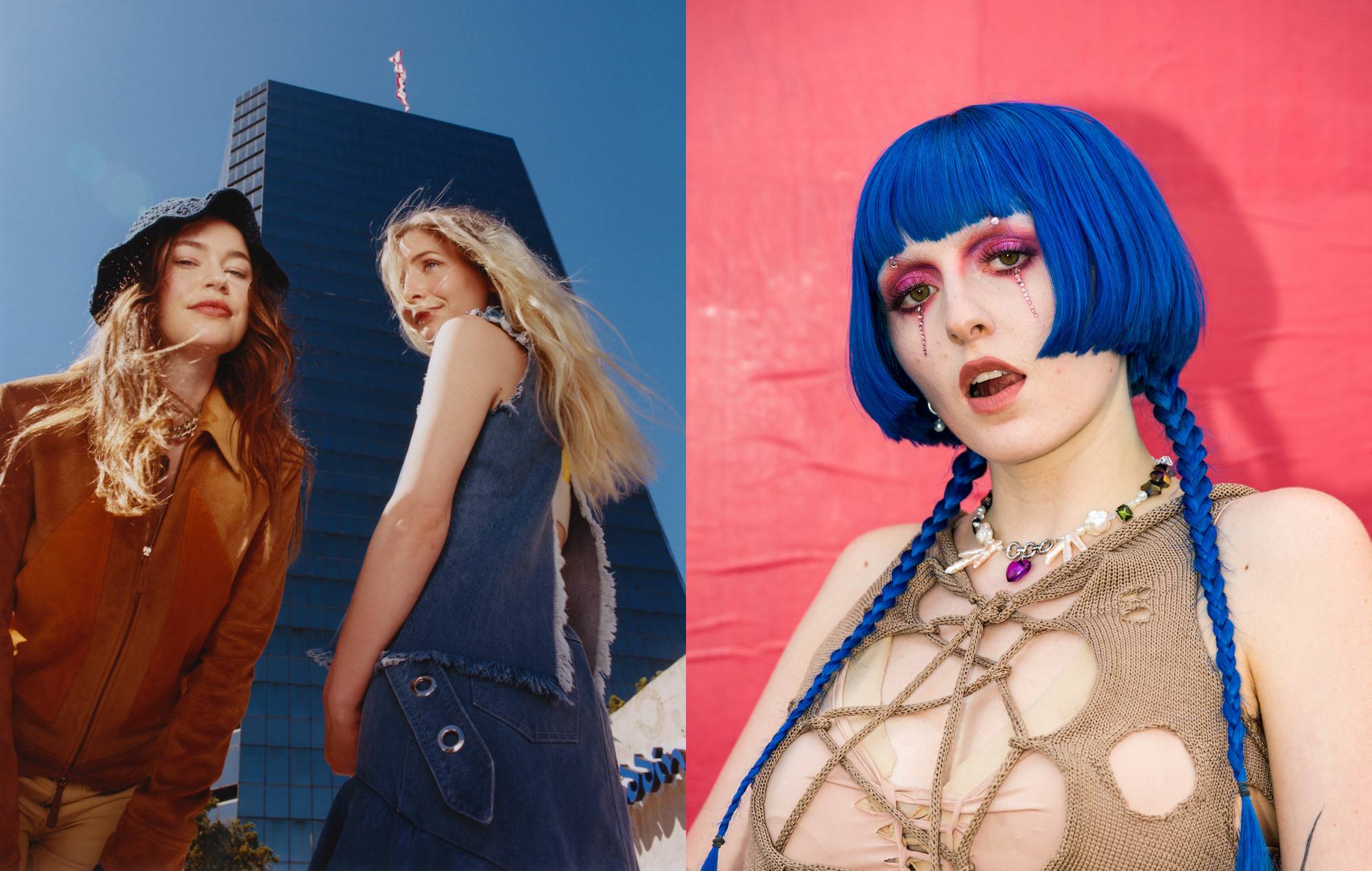 Wet Leg have covered Ashnikko for Spotify Singles – listen to their take on ‘Daisy’ below.

The duo are currently on a US tour behind their self-titled debut album, which they recently restarted after cancelling a number of gigs due to “mental and physical health” issues.

Discussing their Ashnikko cover, the band’s Hester Chambers said: “I remember going to stay with Rhian around the time we recorded ‘Chaise [Longue]’ with Jon McMullen and she had told me about this artist she’d been listening to loads. She sang and played ‘Daisy’ on the guitar in the morning while we had coffee. It feels like another little circle coming round in our Wet Leg world getting to make this cover.”

For the Spotify Singles release, the pair have also shared a new version of their own track ‘Convincing’, saying: “Most of our album was written in the depths of 2020, and right up to April 2021 when we went into the studio.

“Since live music has opened back up, we play some tracks just as they were recorded, but ‘Convincing’ is one of the songs that has gone through a little shapeshift over time as we’ve been playing gigs for the last year. This version we recorded with James leans into the more mellow and woozy world it exists in our live sets.”

Listen to both songs below.

In their statement about cancelling a number of North American gigs, Wet Leg said: “Hey everyone! just wanted to say sorry for missing you Denver and New Mexico. And no it wasn’t because of covid! truth is that it all got a bit on top of us and we just couldn’t quite manage to get back on that plane.

“It’s been an amazing year playing our music all over the world but our busy touring schedule finally got the better of us this time. I just want you guys to know that it wasn’t an easy decision at all and I’m sorry I didn’t post anything about it sooner. Our mental and physical health are such easy things to overlook when everything is so exciting and so busy, you barely have a moment to check in with yourself.”

Wet Leg’s acclaimed self-titled debut album, came out in April of this year. The record scored the group their first UK Number One album, and was recently shortlisted for the Mercury Prize 2022. Back in June, Wet Leg revealed that they’d already finished making their second studio album.

Next summer, they will support Harry Styles on the latest European leg of his ‘Love On Tour’, which was recently extended to include four nights at London’s Wembley Stadium.