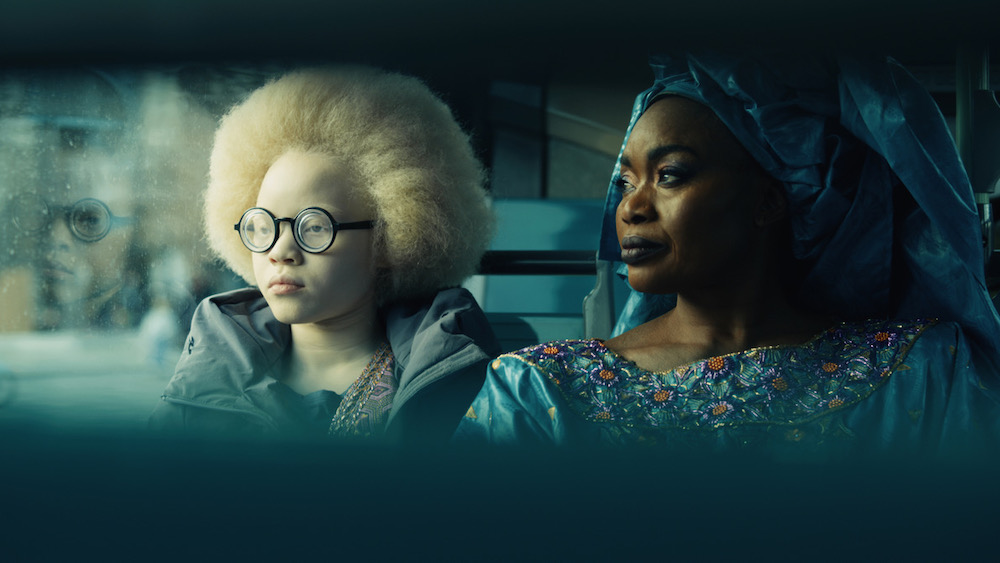 A bold celebration of taking up space in places you’re told you don’t belong, “Hawa” is a crowd-pleasing fable with a fluffy heart, fierce spirit and disarming sense of humor. These qualities also define the titular heroine of Maïmouna Doucouré’s lovely sophomore feature, co-written by Doucouré, Alain-Michel Blanc, Zangro and David Elkaim. Hawa is both sensitive and fearless while she roams the streets of Paris on a life-defining quest with her dependable scooter and unapologetic blonde afro, seeing the world through her idiosyncratic coke-bottle glasses as she earns the help and goodwill of a parade of strangers.

Don’t be alarmed by the crowded group of writers here — despite the many cooks in the kitchen, “Hawa,” under the baton of Doucouré, is as coherently envisioned and tightly structured as movies come. You might recall the gifted Doucouré’s name and recognize her style from her debut “Cuties,” a prize winner at the 2020 Sundance Film Festival whose fate was overshadowed by an unfair and misguided controversy that erupted about it later that year. In her equally confident second feature, the defiant Doucouré puts to work the same vigorous essence at the core of her previous film, one that comprehends the complicated headspace of burdened, contemporary young ones and splits the difference between a touch of magical realism and social drama.

The no-nonsense youngster Hawa — someone who doesn’t have time for pity nor for mindless blabber — is portrayed by Sania Halifa (a first-timer whom the director discovered via casting call) with remarkable finesse and lived-in authenticity. A resourceful loner, the orphan-to-be lives with her terminally ill grandmother Maminata (the famous Malian singer Oumou Sangaré, a captivating screen presence with her powerful voice and marvelous traditional frocks) and works at a local grocery store to make ends meet while the duo searches for a suitable adoptive home for the unique kid. While she often gets bullied due to her distinctive looks and albino complexion, Hawa proves to be no one’s pushover — determined to stand tall in front of anyone who dares to mess with her, she fights back with dignity, defeating the meanies around her with a little help from her shy friend Erwan (Titouan Gerbier).

It is through that assertive disposition that Hawa decides to take matters that have to do with her future into her own hands. Displeased by the list of potential adopters, all in line to give her a home after her grandmother passes, she concludes that there would only be one person in the world she’d trust as her new parent: America’s former First Lady, Michelle Obama. After all, doesn’t she already have enough empty space in her big house, with her mature daughters no longer living at home? Perennially taken by Hawa, Erwan agrees, becoming in front of our eyes a model compassionate friend so few of us in the real world have been lucky enough to have the support of.

Bolstered by DP Antoine Sanier’s agile lens — which pulls off a number of truly tricky and sophisticated urban set-pieces — and the mystical cues of a musical score by Erwann Chandon and Niko Noki, Doucouré vivaciously follows Hawa in and around Paris as the young girl desperately tries to cross paths with Michelle Obama, who happens to be in town for a book tour. Throughout the increasingly eventful slice of her life, we watch Hawa muscle her way in to the bowels of a high-profile concert by French singer Yseult (playing herself), sneak into a children’s hospital to deliver a hearty adoption pitch to Michelle, confront security bigwigs at exclusive galas, attain the support of famed astronaut Thomas Pesquet (playing himself) and even end up on the chaotic Charles de Gaulle Airport’s baggage carousel during the film’s nail-biter climax. That last excursion would be too farfetched even in a pre-9/11 world. But Doucouré films the incident, nimbly edited by Nicolas Desmaison, with such good-natured resolve that you can’t help but buy the likelihood of a headstrong kid somehow ending up next to Obama’s private jet, unassisted and unharmed.

Throughout, Doucouré puts Hawa’s thick set of glasses to good use in manipulating her sometimes blurry vision, doing so both physically and metaphorically in service of her modern-day fairytale about a rebellious soul in search of her place in the world. Once that place comes into sharp focus, the uplifting emotional sway Doucouré sneakily seizes is simply breathtaking.