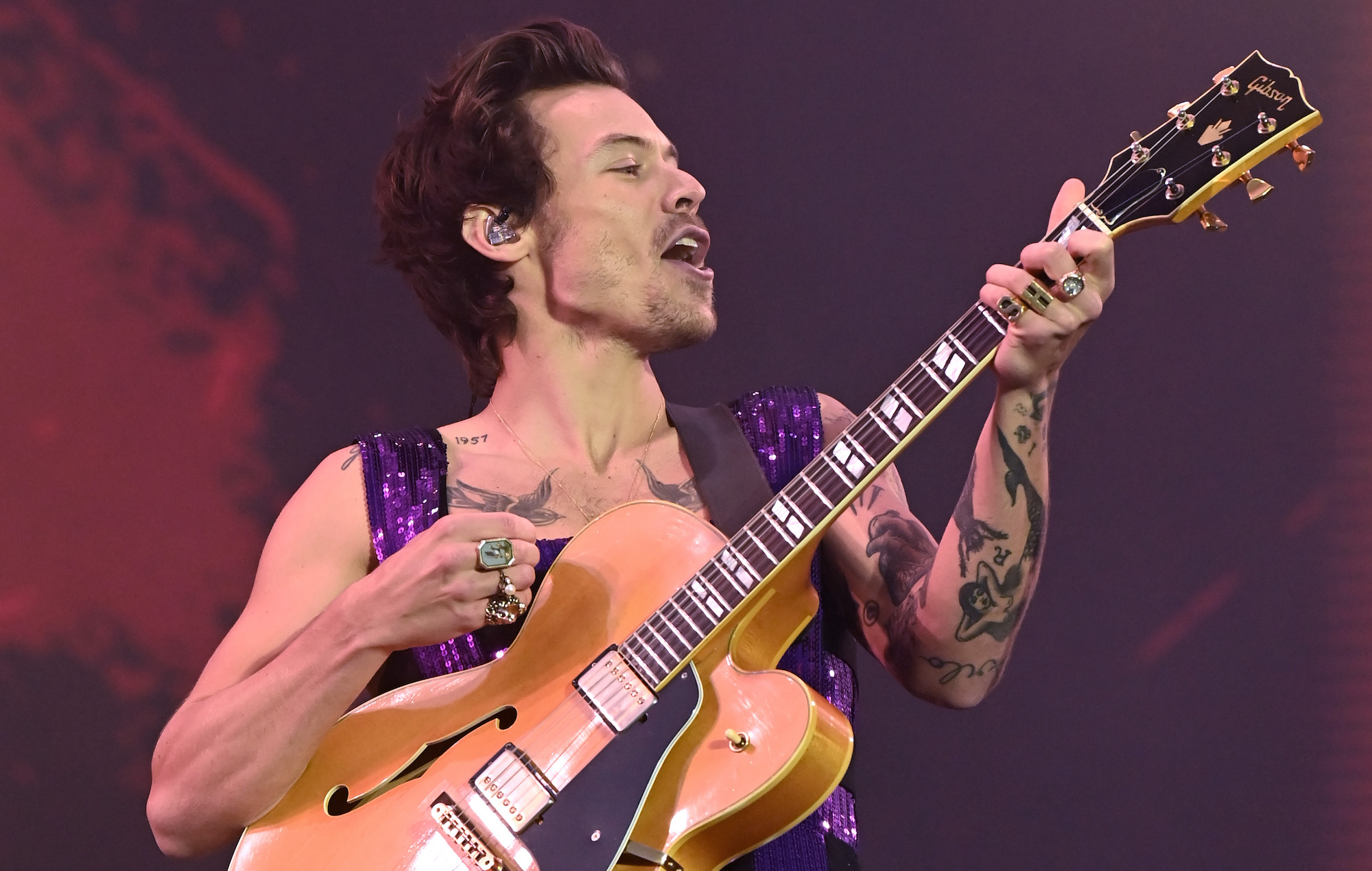 Harry Styles helped a fan come out during one of his shows at London’s Wembley Stadium over the weekend.

Styles was playing his second huge stadium gig at the venue last night (June 19) as part of his ‘Love On Tour’.

During the show, an Italian fan named Mattia held up a sign reading: “From Ono to Wembley: Help me come out.”

Spotting the sign, Styles then obliged, calling Mattia “officially gay, my boy” and unfurling a Pride flag on stage.

Styles added: “Congratulations Mattia, you are a free man.”

Last November, Styles helped another young fan come out to their mother during a concert in the US.

During his concert in Milwaukee on November 3, Styles spotted a sign from a fan that read, “My mom is in Section 201. Help me come out??” After locating mum Lisa in section 201 of the venue, Styles ran back and forth across the stage asking if the signholder wanted to do the honours, or if he should.

Finally, he went back over to Lisa’s side of the stage and declared “Lisa, she’s gay!”, followed by huge applause.

Styles’ latest record, ‘Harry’s House‘, has garnered a series of chart accolades and broken numerous records across the world since its release. In addition to having 2022’s fastest-selling album in the UK, Styles achieved the rare feat of simultaneously holding the number one album and number one track with ‘As It Was’ in multiple countries.

In a four-star review of ‘Harry’s House’ NME wrote, “The musician’s third album feels like a magical thing – a record that you want to take up residence in until you know its every nook and cranny in minute detail.”