Guy Fieri is following Rage Against The Machine on their current tour: “RAGE RULES” 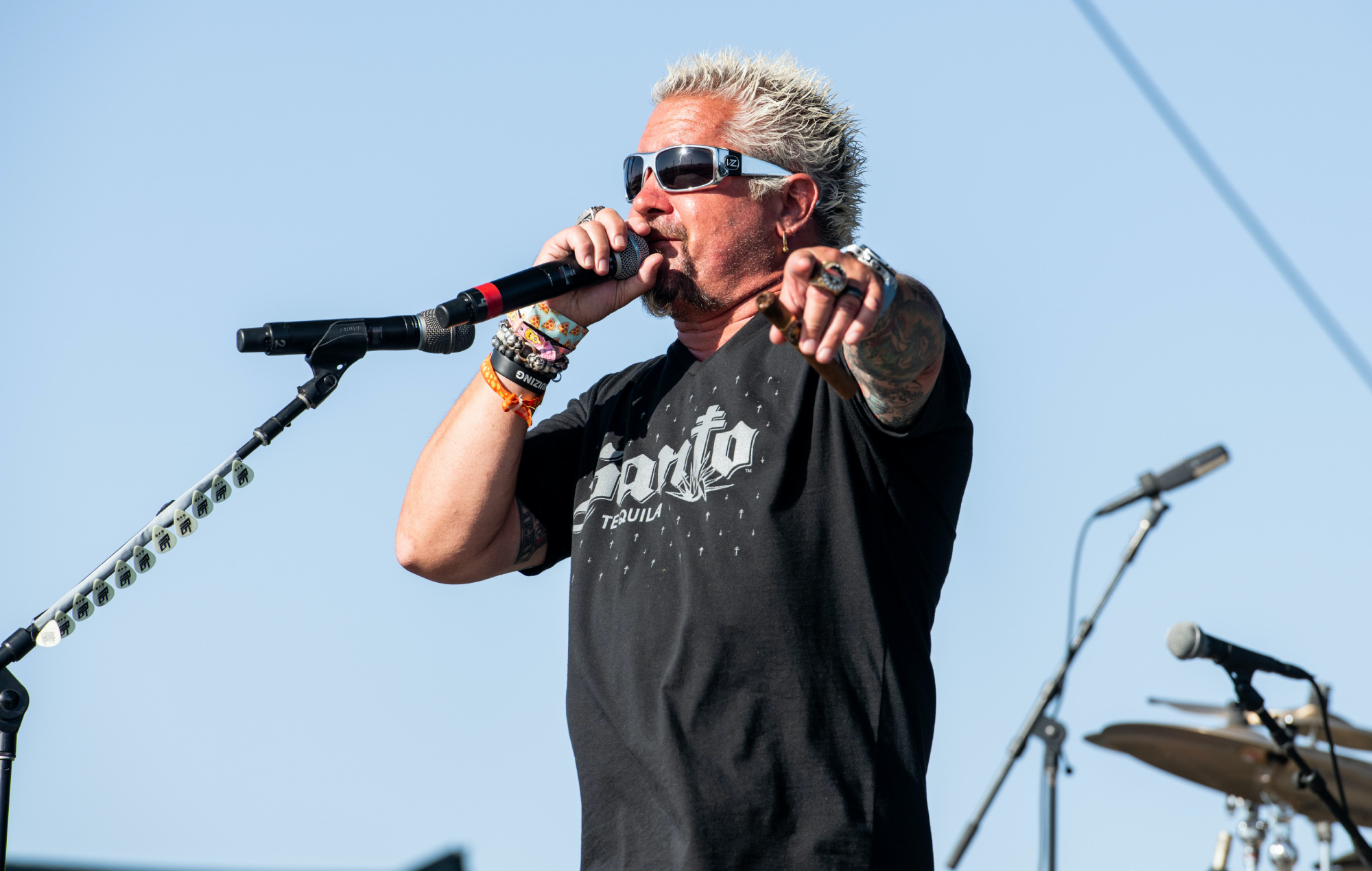 Guy Fieri is said to be following Rage Against The Machine on their current North American reunion tour.

As Stereogum notes, posts on social media indicate that the US restaurateur and TV presenter was in attendance at Rage’s recent gigs in Cleveland (July 27), Pittsburg (29) and Raleigh (31).

A clip of Fieri holding a drink and a cigar in the crowd at the Pittsburg show has since gone viral online. He was also pictured with support act Run The Jewels at the Cleveland date before appearing on the big screen in Raleigh during ‘Killing In The Name’.

Fieri has been documenting his experience on Twitter. Last week, the mayor of Flavortown wrote that he and his son Hunter were “losin’ our minds” in the crowd at Rage, who he said were “crushin’ it!!”.

In an earlier post, Fieri shared a video in which he told his followers that getting to see RATM was “a moment in history” as he stood backstage. “This is a lifelong journey that Hunter and I have been on,” he wrote.

Re-sharing the viral video from Pittsburg, Fieri said: “The best concert ever. Until tomorrow night in Raleigh….. RAGE RULES.” He later uploaded footage of himself on the big screen, saying it was an “honour” to appear.

You can see those tweets below.

@HunterFieri and I are losin’ our minds
Crushin’ it!! pic.twitter.com/uxAkFICfIM

The best concert ever
Until tomorrow night in Raleigh…..
RAGE RULES https://t.co/wpFi81sYwv

Last year, a video of Guy Fieri headbanging in the front row at a Slipknot show in 2019 went viral on TikTok.

Meanwhile, Rage Against The Machine are due to play two consecutive concerts at the Capital One Arena in Washington D.C. tonight and tomorrow (August 2, 3) as part of their ongoing ‘Public Service Announcement’ tour.

Prior to this current run of dates, the group hadn’t performed live since 2011.

A recent gig in Toronto saw Tom Morello being inadvertently tackled by a security guard after a member of the crowd stormed the stage.