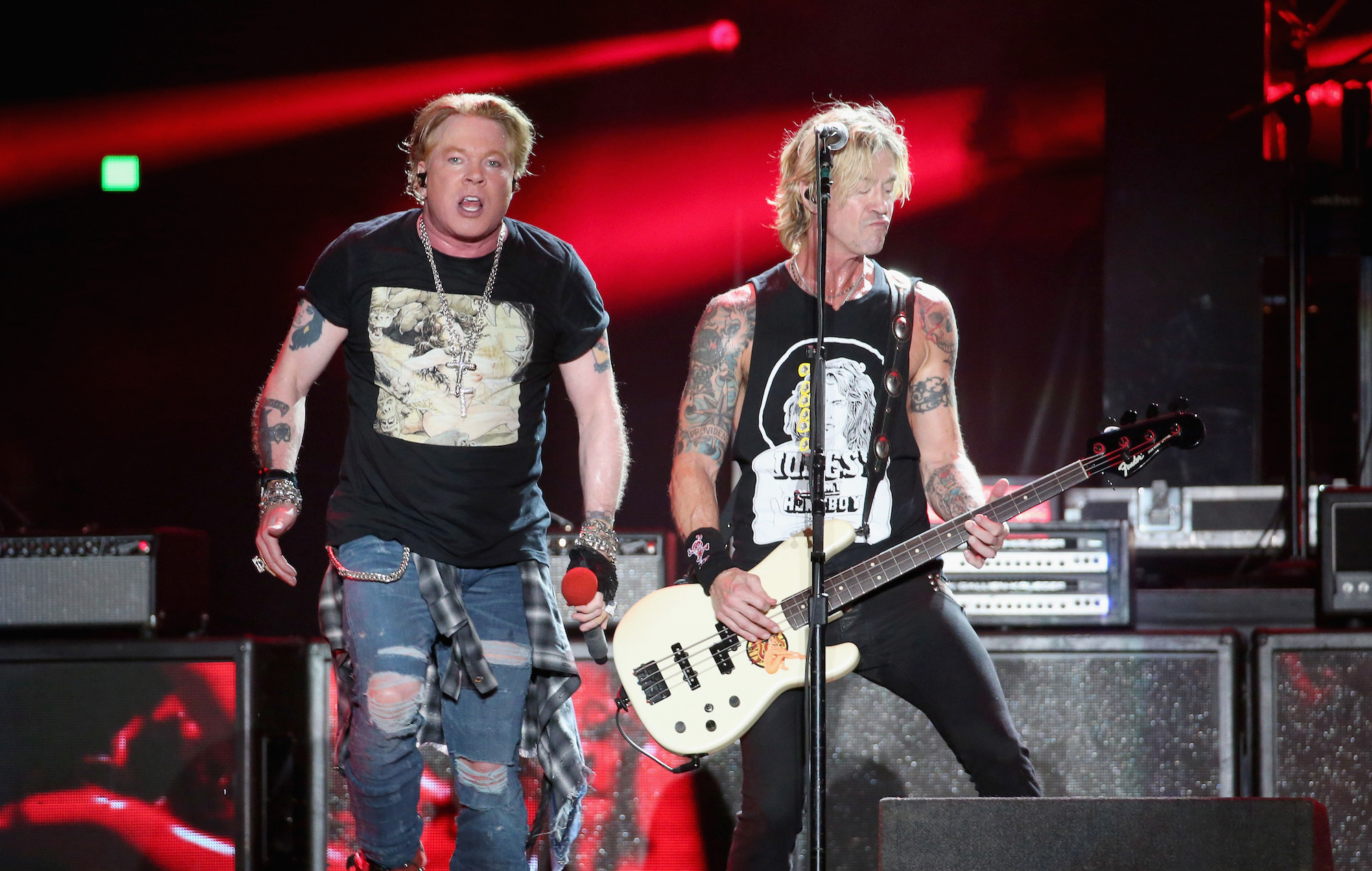 The hard rockers have been heavily rumoured to play 2023’s edition of the festival, which has so far only revealed one headliner in Elton John.

Speaking on his SiriusXM radio show Three Chords & The Truth, McKagan discussed Guns N’ Roses’ upcoming summer plans, which include a huge London gig in Hyde Park a week after this year’s Glastonbury.

While discussing the summer plans, McKagan discussed the London show, then adding: “…and Glastonbury is gonna be iconic.” He offered no further explanation.

Listen to the audio clip of the interview here, as pointed out by a fan on Reddit.

And it’s a biggie. On his radio show Guns n Roses bassist says “Glastonbury will be iconic!”#Glastonbury #GunsNRoses https://t.co/4JoeBlagbO

Aside from Elton John, no other acts have yet been confirmed for Glastonbury 2023. eFestivals‘ line-up page currently lists Arctic Monkeys as the rumoured remaining headliner. The first wave of artists traditionally arrives around March.

Tickets for this year’s Glastonbury sold out immediately last October. General sale tickets were snapped up in one hour, while coach packages went in under 25 minutes. According to organisers, “demand far exceeded supply”.

Elsewhere in the rumour mill, Melanie C this week shared an update about suggestions The Spice Girls were set to play this year’s Glastonbury after Mel B teased that the pop icons could be set to reunite once again for a special performance on Worthy Farm.

There are also rumours Roxy Music could perform in this year’s legends slot, though nothing has yet been confirmed.

Speaking to NME recently about the possibility of appearing at Glastonbury, Roxy Music’s Phil Manzanera said: “I’ve had friends texting and emailing, saying: ‘I see you might be playing Glastonbury!’ To which my reply is: ‘Well, tell me about it, because I’ve got no idea.’ I’ll wait to see what happens there. Who knows? I don’t.”