‘Grand Theft Auto: The Trilogy – The Definitive Edition’ has been released on Steam 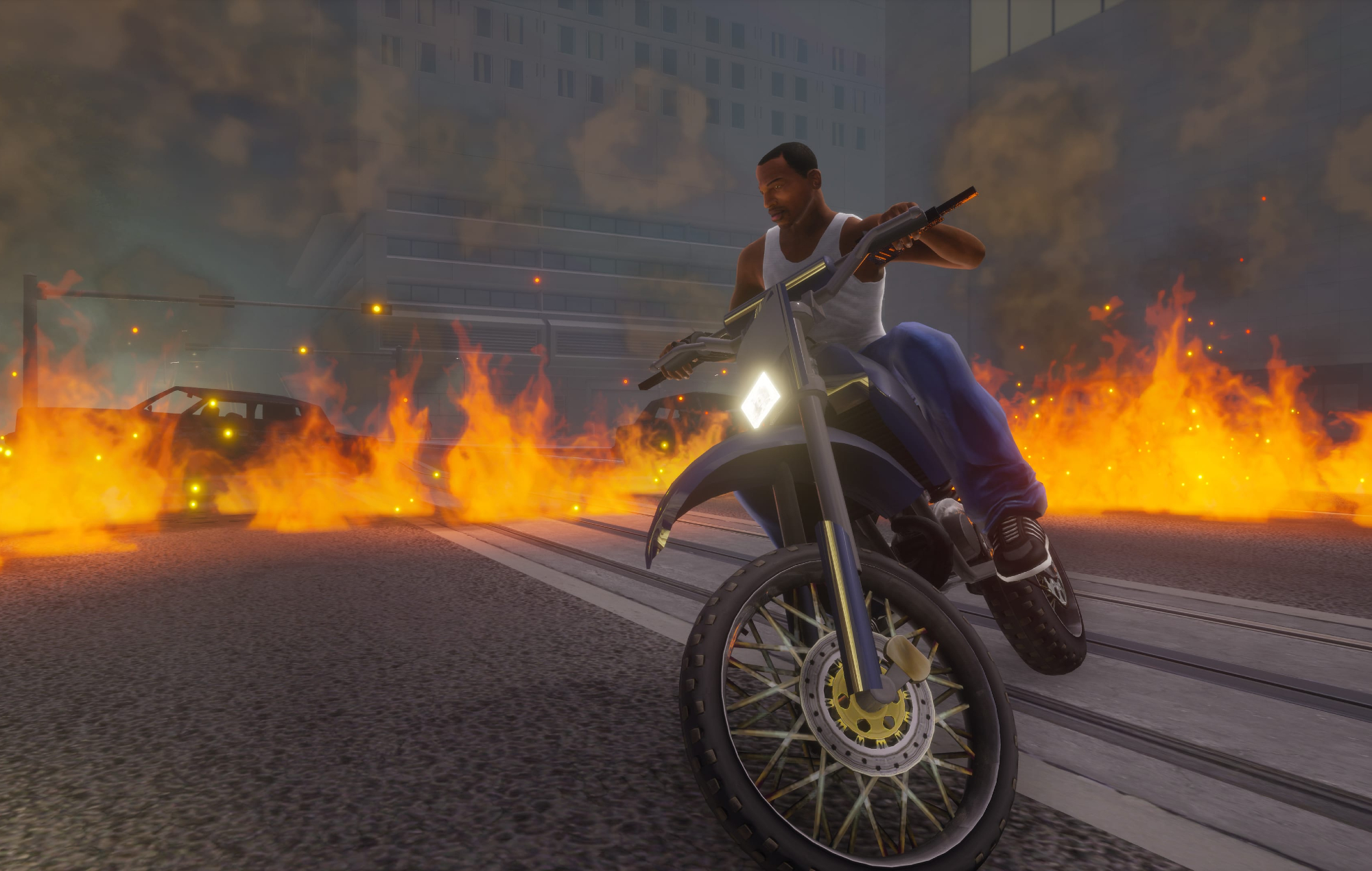 Grand Theft Auto: The Trilogy – The Definitive Edition has been surprise released on Steam by Rockstar.

The game appeared quietly and by surprise on the site on Thursday evening (January 19) and comes complete with Steam Deck support.

The release came complete with confirmation that it will also arrive on the Epic Games Store later this month.

Rockstar are also hosting a publisher sale on Steam to coincide with the release, which includes 50 per cent off Grand Theft Auto: The Trilogy – The Definitive Edition.

In November 2021, Rockstar apologised for the launch of GTA: The Trilogy, which was riddled with “unexpected technical issues”. These issues include a variety of in-game bugs, server issues preventing buyers from playing the game on launch day, and the inclusion of several missing songs hidden within the files.

Although the studio fixed many of these bugs later in the month, fans had already review bombed GTA: The Trilogy due to the quality of its launch.

Take-Two then said it was “exceedingly confident” that issues with the launch will not be repeated with future games.

“We are totally focused on quality here and we always want to deliver the best possible experience,” Take-Two CEO Strauss Zelnick said early last year, admitting that “very occasionally we fall short, and I think the Trilogy was an example of that, and the title was launched with some issues.”

In a three-star review, NME said: “GTA: The Trilogy – The Definitive Edition feels far from the ultimate version of these great games right now. Three magnificent open-world adventures have been made available on modern consoles, and they feel much better to play than ever thanks to a set of mechanical tweaks, but the visual overhaul has summoned scores of new problems that make the package difficult to recommend in its current state.”

“Newcomers without nostalgia could still find a lot to love in this collection, but you’d be much better off waiting for patches and updates that will hopefully bring the Trilogy up to scratch so that it can reflect the enduring brilliance of the source material.”